The God of Life & the Fear of Death 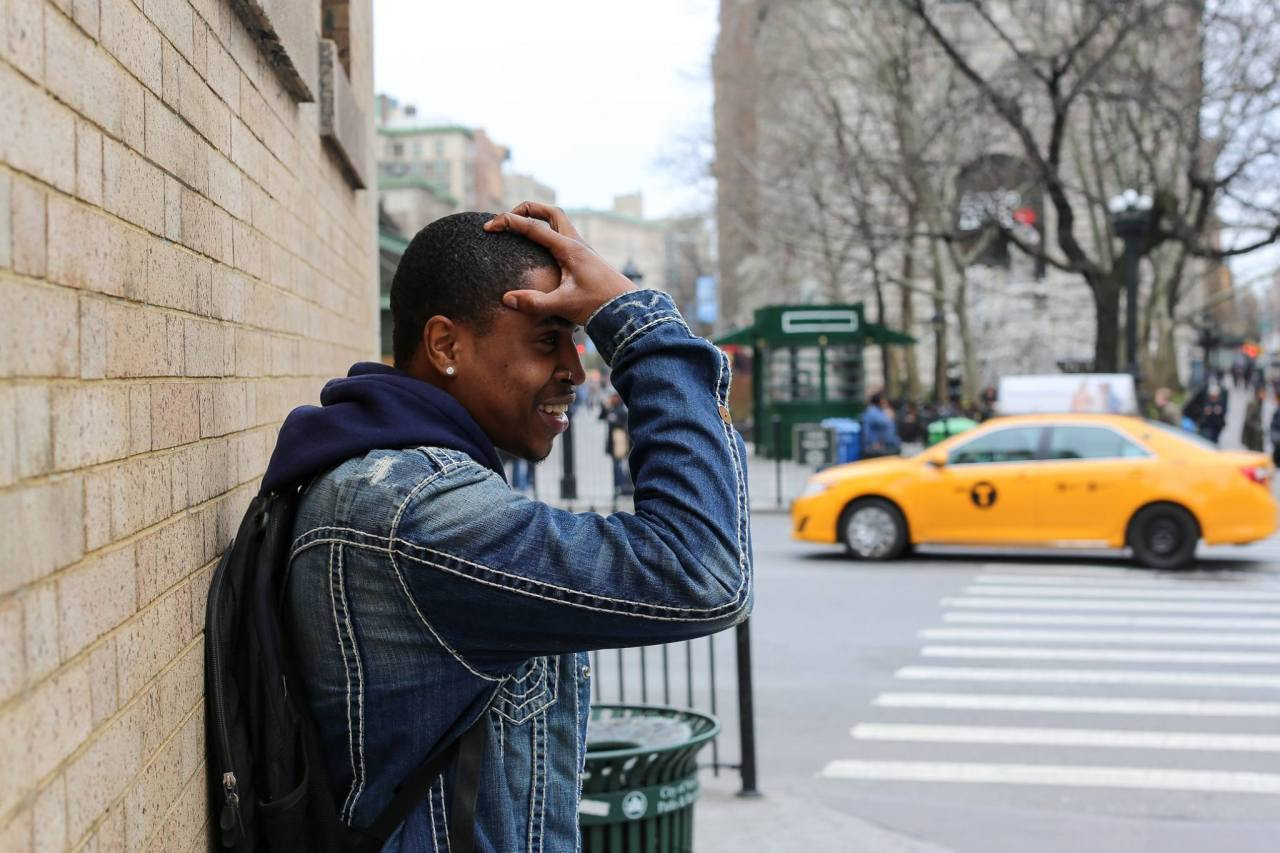 There’s a blog I like to follow that perhaps you’ve heard of. It’s called Humans of New York, and the idea behind it is very simple. The photographer (Brandon Stanton) just takes pictures of people on the street, and then, using their own words, tells a little bit about them. It might be just an autobiographical sentence or two, or it may be an entire paragraph about a recent experience they’ve had.
The entry I’m thinking of today featured a young man holding his forehead with the spread fingers of his right hand. This is what he said:
My friend convinced me to go to church last weekend for the first time in five years. At the end of the service, the pastor told everyone to line up at the altar for a one-on-one prayer. I was the fifth in line. Everyone else got short prayers. Just a few seconds and they were done. But the pastor looked at me with a weird face. He announced that he had a vision of me getting locked up. Then he had the whole church form a circle, and he put his hand on my face like this, and he started shaking my head for fifteen minutes. He said he was trying to cancel my destiny. My friend was laughing and filming the whole thing. I’ve got to admit though—it’s got me nervous. I’m going back this week to see if I can get some more details.[1]

This gave me an idea. Since Easter is a day when we have many people visiting the church, why not call everybody up at the end for personal prayer. I can’t think of anything more likely to get people to come back than a little intrigue about their destiny.

But then, wouldn’t you know it, I came down with the worst cold I’ve had in years. So I have a bit of bad news: I think it’s best that I keep my hands to myself, so I won’t be grabbing anybody’s head at the end of today’s service.
But when I think about it, maybe this is why I keep coming to church, too: Sometimes I want to grab hold of the world and shake it in order to change its destiny. Remember those Magic 8 Balls? You’d ask a question, shake it a little bit, and it would provide you with an answer, such as: It is decidedly so, or Outlook not so good, or Concentrate and ask again. When I think about it, I wonder if the Magic 8 Ball might not be based on scripture:
Once again, in a little while, I will shake the heavens and the earth and the sea and the dry land; and I will shake all the nations, so that the treasure of all nations shall come, and I will fill this house with splendor, says the Lord of Hosts.[2]
Obviously this is a trite comparison. But there’s still something to it. To explain why, let’s start with something we’ve all heard of, but necessarily connect with our religion, and that’s karma. Karma is the notion of cause and effect—the idea that if your intentions are good and your actions are just, your future is better. This is entirely biblical, but the Bible also takes into account the idea that we are not alone in the world, we are part of a larger whole. As perfect as my intentions and my actions may be, I can still be robbed of happiness by somebody else’s actions. So karma’s not all it’s cracked up to be, because we can only exert control over a small piece of it. The only way to avoid other people’s involvement in our karma would be to separate ourselves entirely from the rest of the world. And we’ve seen this: some individuals become hermits; or some small communities of faith isolate themselves from the rest of the world choosing not to be impacted by bad karma over which they have no control.
This was clearly not the way of Christ, nor was it the way of the earliest Christian church. Karma was as real then as it is now, but as great an influence as it exerts over our lives, God is greater. On our own, we can never free ourselves from the vicious cycle of bad karma, but on Easter, God shook the heavens, the earth, the sea, and the dry land to overcome cause and effect and deliver us into the land of grace.
A week like this one reminds us that the world needs shaking up, doesn’t it? Refugees by the million, terrorist attacks, famine. I would love to take the world and shake it for fifteen minutes to cancel what appears to be a grim destiny.
But I don’t need to, because that’s what Easter is about. God shakes the heavens and the earth and overturns our pact with death. And this victory of God can… maybe even should… transform the way we look at the world around us. Take terrorism, for example: When something like this happens, we react out of fear: Whom do we round up? Which minority do we keep under surveillance? Where do we send our bombs? Where do we need to build walls?
The sad thing is that people calling themselves Christian advocate reactions like this with what seem to be the loudest voices. As I’ve said before: there may be very compelling political reasons to react out of fear. But as for Christians, we need to hear Paul’s statement at the beginning of this morning’s New Testament reading: If for this life only we have hoped in Christ, we are of all people most to be pitied.[3]
Paul never said Christians wouldn’t feel the effects of terror or that bad things would never happen to God’s people. What he did say, however, was that the resurrection of Christ was the start of a new community—a community that can stand up to the worst that can happen, because God’s answer is always going to be the last word. There’s more to life than meets the eye, and we who celebrate new life on Easter need to lead the world in asking deeper questions, and in finding a more constructive response than fear. The goodness of Christ would never call us to a religion that undoes us here in this life and yet gives us no hope for the world to come.[4]

Remember that rather frightening little passage I read from Haggai a few minutes ago? There’s where we find one of our best assurances that the shaking of the world is no threat to us, because immediately before those shaking words, God says his: My Spirit abides among you; do not fear.[5]
Politicians can bring down upon us all the fear they can manage. It’s their right to do so, after all. But we who hope in Christ know that our hope is not only in what we can see and touch and hear, but that there’s something beyond the reality that surrounds us now. God has shaken the heavens and the earth to give us new hope and new life. Do we really want to wallow in the fear of death? Paul reminds us that if we do, we are to be pitied. But Haggai reminds us not to fear: God’s Spirit abides among us.
—©2016 Sam L. Greening, Jr.


4. “The goodness of Christ would never proselyte us to a religion that should undo us in this world, if there were not a sufficient recompense appointed for us in another world.” Thomas Manton, Complete Works, Vol. 20, Sermons on John, IV, p. 471