'The Hope of Better Progress'

Introduction: Too Much & Too Little 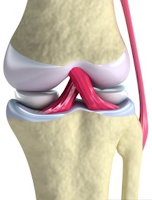 Some of the most difficult theology we find in the Bible is in John’s gospel. It’s here that we are most like to learn of the oneness of Father and Son, and it’s here that we hear repeated the most the promise of the Holy Spirit. And so near the end of Jesus’s speeches—when he’s talking to his disciples about God, we call them discourses; when he’s talking to God on behalf of his disciples, we call them intercessions—the disciples begin to realize they’re hearing too much… and too little.

They’re hearing so much they can’t take it all in. But they’re still not getting the answers they think they need, so as difficult as it is to hear what they’re hearing, they feel like they need to hear more. And so Jesus tells them, “I still have many things to say to you, but you cannot bear them now” [1]—anything more, or anything loftier would be too much for them. He’s not accusing them of weakness or cowardice (though perhaps he had a right to do both); his aim is simply to reassure “them by the hope of better progress, that they may not lose courage.” [2]

That’s sort of what religion is in the first place, after all. We try to understand that which, by its very nature, can’t be understood. The word religion and the word ligament come from the same root, because they both connect. A ligament connects two bones. Religion connects the physical and the spiritual. We’ve made it into a negative term, but it’s really a wonderfully descriptive word [3] that helps us embody our need not only for the spiritual, but also our need to connect with others. After all, a religion can’t really be practiced if you’re the only one who believes what you believe.
And so Jesus, who has been helping the disciples make connections between heaven and earth, and who was the glue that held them together as a group, encourages them by letting him know they didn’t understand and by promising more in the future. Though they felt that “they were at so great a distance from heaven” when he spoke to them before the crucifixion, they shouldn’t try to guess what was coming based on the way they were feeling at that moment. “In short, he bids them be cheerful and courageous, whatever may be their present weakness.” [2]


I. We Aren’t What We Think 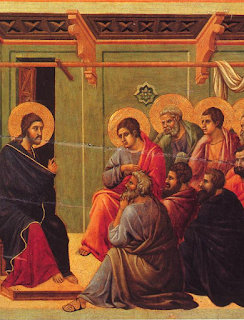 We are the disciples, aren’t we? We are inundated by information about God, and yet we feel ourselves far from heaven. Not only is too much information not enough, but it’s also impossible to make all the connections we need between this verse and that verse of scripture; between us and God; among God as Creator, as Redeemer, and as Spirit; and between us and the rest of the body of Christ. And as long as there’s nothing but doctrine to inform us, we’ll never make the connections we need to make.

There’s a really good book I’m reading by contemporary Christian philosopher James Smith called You Are What You Love. Its premise is simple. And yet it’s revolutionary. And I’m reminded of it when I read Calvin’s commentary on today’s passage from John:

But as there was nothing else than doctrine on which [the disciples] could rely, Christ reminds them that he had accommodated it to their capacity, yet so as to lead them to expect that they would soon afterwards obtain loftier and more abundant instruction. [2]

In other words, filling our minds with information is secondary. Despite all the things we hear in the world today telling us that we are what we think, and if we can just change our thoughts, we can become the people we want to be. Smith is saying—and both Jesus and Calvin appear to back him up—that it’s not what we think but what we love that makes us who we are. For if we want to know what we worship, we need first discover what we love.

And what we love isn’t always what we want to love. We can fill our minds with all the information we possibly can fit in there, but that’s not going to change our heart. How many of us have met people who didn’t have all that much knowledge of the Bible or of Christian doctrine, but who, nevertheless, seemed honestly to love and desire God. The flip side of that coin, of course, is the person who seems to have the whole Bible memorized and who appears to know ever point of doctrine imaginable, but whom we would never pick out of a crowd as a person who appeared to be a true Christian. But even appearances can fool us. Based on our information, we are seldom in a position to judge another person’s relationship with God. That’s because our information is limited and our worship incomplete.

But what does this have to do with Trinity Sunday? Well, if Trinity Sunday is a day that we want to celebrate the fact that God has revealed God’s self in three different persons—Father, Son, and Holy Spirit; or Creator, Redeemer, and Sustainer—then what we’re really talking about is our understanding of God based on first on what we have been told, and next on what our hearts tell us about what has been told to us.

The book I was just talking about tells an interesting story—a true story—that demonstrates how loving and thinking can be out of sync. It’s about a collision at sea when the merchant vessel Nantucket rammed into the steamship Monroe in the fog, killing 41. In the resulting hearings, it was determined that the captain of the Monroe had not had his compass adjusted in at least a year, and it was two degrees off. Most of the time, having a pretty dependable compass was good enough. But on February 12, 1914, off the coast of Virginia, it was not. [4] 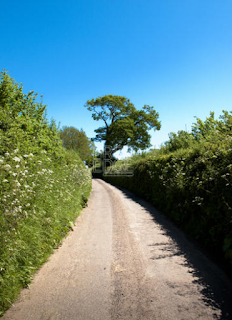 But if it’s not information that allows us to change course—if it’s not thinking right thoughts—then what can we do? What’s the point of going to church or reading the Bible at all?

Smith uses the example of driving a car to help us understand. Most of what we do when we drive is based on knowledge that goes much deeper than thinking. Driving requires constant attention and sudden reactions. And if we have to stop and think about every single move we make when we’re behind the wheel of a car, then we are an accident waiting to happen. I don’t have to think about glancing at my mirrors, or breaking, or what a stop sign means, or which side of the road to drive on. Those things are second nature. Things that are first nature are things that my body does that go even beyond habit—breath, heartbeat, digestion—and so things that become habit without thinking about them are said to be second nature.

One of the ways I relate to this is driving in the English or Irish countryside—something I’ve done a couple of times. It is second nature to me to drive on the right. When I’m on a normal road with distinct lanes, it’s pretty easy to remember to drive on the left. But when I’m on a very narrow country road wide enough only for one car, what do I do when I encounter a car coming from the opposite direction? Without thinking I pull over to the right shoulder to make room for the other car. I don’t think, I just react—that’s how you have to drive. The problem is that the other driver’s reaction is to immediately pull over to the left. And their left is your right. I’ve heard that this is how a lot of accidents happen in the British Isles: foreigners whose gut reactions involve their tendency to drive on the right in a country where everybody else is driving on the left. [4]

This is why habit is important in matters of faith. Information about God isn’t what dictates our worship. Worship comes more from the heart than from the mind. Therefore habits of the heart are more important than conscious decisions. This is why many of the things we do in church are often repetitive: Worship trains the heart more than it exercises the brain. 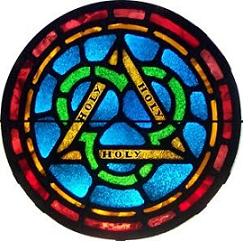 John isn’t the only place in the Bible where knowledge of God is spoken of as incomplete. There are several places in the Epistles—those of Paul, and Peter, and the writer of the Hebrews—where milk and solid food are used as metaphors for growth. [5] I would say that spiritual milk is information we receive and things we learn intellectually. The “doctrine” that Calvin talked about when writing about John 16:12. The solid food that we’re able to chew on is when knowledge is incorporated into our real lives and become habit. Growth happens when we go from learning that there is a God to loving God because we have first experienced God’s love. Just as children adopt the vices and virtues of their parents—almost always beneath the level of conscious decision—we who are made in God’s image are able to love because God first loved us.

We come to church filled with the “hope of better progress,” and I think in our church, our first reaction (at the level of habit for us) is to think that information we gain here is what we need to be better Christians. But knowing God and knowing about God are two very different things. What happens beneath the level of conscious learning and decision-making in worship is much more important to adjusting our compasses than learning facts about the Bible, or hearing the fine points of doctrine explained.

Our lives are filled with ritual, and most of it we don’t even realize we’re participating in. From shopping to sports to surfing the internet, we are part of something bigger than ourselves—things that call out to us, and things that we respond to in very particular ways. The more affirmation or pleasure we get out of something, the more it becomes habit. And the more deeply ingrained the habit, the more likely the thing it represents becomes our magnetic north.