The Good & the Bad

But a Samaritan while traveling came near him; and when he saw him, he was moved with pity.
—Luke 10:33
Introduction: Updating Our Dictionaries 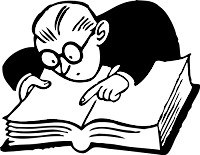 I say this, because—though the word prodigal means so generous as to be practically wasteful, most of us (even many of us who know the actual meaning of the word) tend to think of prodigal as meaning wayward. And so it is with the word Samaritan. Intellectually, I think we’re all aware of the fact that the Samaritans are an ethnic group. But that definition takes a back seat to the phrase Good Samaritan, which refers to somebody who helps a person in need. There are even many hospitals called Good Samaritan.


Jesus is contrasting the good and the bad in this story. We can assume the first man—the one who is left for dead by the side of the road—is good. He is apparently a practicing Jew who is leaving the holy city of Jerusalem and making his way to Jericho. We can assume that the next two mentioned also represent all that is good, for they—a priest and a Levite—have very high status in their religion. But they fail to come to the aid of the man lying in the ditch. In fact, when they see him from a distance, they move to the opposite side of the road.

They might have done this for a couple of reasons. The first is because they simply didn’t want to deal with a man lying in a ditch. This was not a city street, remember, but a country road—and so they couldn’t really help but assume that he was lying there because he’d been attacked on the road and robbed. And so indifference to a person in need is one possible response of the good people who encountered the good man in the ditch. 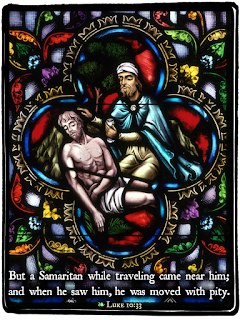 The other reason is both better and worse. Since he’d been left for dead, it was probably not possible to tell whether he was dead or alive without getting very close to him—close enough to feel his pulse. But such contact, should he have been dead, would have rendered the good men ritually impure for an entire week. [1] And so they chose purity over kindness. In a way, this is better than simple indifference to the plight of the man. But to say, “I wanted to help, but God’s law prevented me from touching him,” exposes a major flaw in God’s law—if that’s the interpretation of it we choose.

So let’s, for the sake of covering all our bases, say that the priest crossed to the other side out of indifference, and that the Levite avoided the man in order to remain pure. The point is that, either way, the man was left to die in a ditch far from his home.


If we’ve been reading our Bibles religiously, we might before we get to the point of this parable actually think that this is the reaction that Jesus might recommend. After all, didn’t he, less than a chapter earlier, say to the man who wanted to go back and bury his own father, “Let the dead bury their own dead”? But all this does is expose the dangers of literalism. For Jesus wasn’t condemning family commitment, but simply calling us to view our commitment to the whole human family as a priority that supersedes religious rituals.

This is nothing new. Jesus wasn’t the first person to say this. We read the same thing in the psalms and the prophets. [2] But nowhere does this hit home better than here in Luke 10 when Jesus compares the response of the priest and the Levite to that of the Samaritan.

Of course Jesus’ listeners have a negative view of Samaritans. And of course we should, too… if we’ve been paying attention, that is. For hasn’t Jesus just been in Samaritan territory, and didn’t they just a chapter ago reject him? Didn’t James and John (the Sons of Thunder [3]) want to punish those Samaritans by calling down upon them fire from heaven? And didn’t Jesus have to rebuke them for their desire for vengeance?

And so with all this fresh in our memories, Jesus introduces a new character into his parable—one that brings a sneer to the face of everyone listening: A Samaritan.

My New Testament professor [4] in seminary found it very important to drive home the message that Jesus didn’t intend for us to call this the Parable of the Good Samaritan, so he retold the story as the Parable of the Lecherous Samaritan—a truck driver on his way to see his girlfriend Lola. I’m not sure if this is really fair to truck drivers (or to women named Lola, for that matter)—but I hope you get the point, which is to remind us that applying the word good to the title of the parable might actually be contrary to what Jesus intended.


IIb. The Law of the Neighborhood


What he wanted to convey was an answer to the question, Who is my neighbor? And he didn’t want that answer to be what the legal expert expected.

Luke introduces this lawyer as someone with hostile intentions toward Jesus. He’s not so much interested in learning what Jesus believes as he is in exposing his mistakes. And so when he asks, What must I do to inherit eternal life? Jesus simply asks him what the law says. And so he repeats a summary of the law: Love God with everything you’ve got, and your neighbor as yourself. Jesus commends his answer and is ready to move on, but the legal expert is like a dog with a bone. The only thing he’d exposed so far was that Jesus and he agreed. Not exactly gossip-worthy.

And so when he next asks Jesus to define one of the terms in the law, I suppose he was hoping that that answer would give the legalists a reason to turn on him. And the answer Jesus gave was actually beyond this lawyer’s wildest dreams. It not only made his own religious hierarchy look bad, it made a despised foreigner look good. But it did all this in such a way as to corner the legal expert and force him to agree that Jesus’ interpretation of the word neighbor was the only acceptable one in God’s eyes.

The legal expert looked up to priests and Levites, and down on Samaritans, but here he was saying that those he respected broke the law of the neighborhood, and the sinner fulfilled it.


III. The One Whose Need We Encounter


Of all the lessons Jesus has to teach us in the 21st century, this parable is the most important. Two thousand years ago, it was important because believers really did encounter those in need on the roads they traveled. Believers can be broadly defined as those who believed that they had a duty to love—to love God with heart, soul, strength, and mind, and to love their neighbors as themselves. And sometimes, those encounters forced them to ask the question, And who is my neighbor?

But what about us? Who is our neighbor? We know who we want our neighbors to be. It’s a definition that changes from time to time, but there are standard answers: People who live on our block; people who belong to our church; people who share our nationality; people who share our ethnic or linguistic heritage. We have feelings for these people; we have something in common with them; in many ways, their interests are our interests, and when we serve their interests we are helping ourselves, and vice versa.

But Jesus calls us to something more. Jesus calls us to broaden our horizons by expanding our neighborhood. For the earliest followers of Jesus, the challenge was being a neighbor to people encountered in the street and along the road, regardless of their background. But whom do we encounter? Only the people in the streets of San Diego? God knows there’s plenty of need right here within a few feet of us—and this might be one of the wealthiest neighborhoods in the world. But we live in an age when we encounter people in more ways than simply choosing to pass them by on the street or not. We are aware—instantaneously—of people the world over who need acts of mercy.

And so, if we are asked the question of people in need, “Who is their neighbor?” Then we must give the same answer the lawyer in today’s gospel reading gave: “The one who shows them mercy.”

But isn’t the reverse question just as valid—a question asked, not of them, but of us: “Who is our neighbor?” If we take the Parable of the Good Samaritan to heart, it’s not so much, “The one who needs mercy,” but “The one whose need we encounter.” 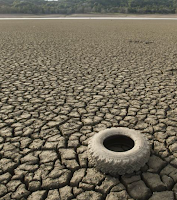 It’s important to note here that Jesus commends the example of the Samaritan [5], while steering us away from the response of the orthodox who might well have had an orthodox excuse for avoiding contact with the man in the ditch. To the Christian, therefore, grace trumps duty.

What is at stake, then and now, is the question of whether we will use the God-given revelation of love and grace as a way of boosting our own sense of isolated security and purity, or whether we will see it as a call and challenge to extend that love and grace to the whole world. No church, no Christian, can remain content with easy definitions which allow us to watch most of the world lying half-dead in the road. [6] 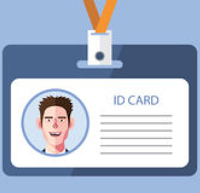 Jesus has told us a story that demands something of us at the very time when we would prefer to recoil from the needs of the world; when we might even feel we would benefit from withdrawing from those around us in order to better define who we are, what we have to give, and how best we should give it. If this is our response, we at least need to acknowledge that it was not Jesus’ response. Can we really with any integrity choose to protect our Christian identity from the messy world around us by withdrawing from the mess?

This parable wasn’t Christ’s only answer to this question. It wasn’t even his most important one, for Christ himself was God’s answer to the same question. And for God it was an essay question. The answer began in Bethlehem and ended on Calvary, for the Incarnation was how God stooped to come to the aid of a world that had been left for dead. And “since it is not right that a servant should refuse what his lord has himself undertaken, it would be very strange in us to wish an exemption from the duty of bearing the infirmities of others.” [7]
—©2016 Sam L. Greening, Jr.
NOTES
1. See Numbers 19:11.
2. Though there are many examples throughout the Old Testament, two of the most meaningful examples are Psalm 51:16-17, For you have no delight in sacrifice; if I were to give a burnt offering, you would not be pleased—the sacrifice acceptable to God is a broken spirit; a broken and contrite heart, O God, you will not despise; and Hosea 6:6, For I desire steadfast love and not sacrifice, the knowledge of God rather than burnt offerings. The fact that the nature of the physical sacrifice is superseded by the intention that motivates it is found as early as the story of Cain and Abel (see Gen. 4).
3. This is what Jesus called these two brothers in Mark 3:17.