My Visit to Belknap Campus

The Other Side of the Tracks
I paid a little visit to Belknap Campus (the main campus of my alma mater) on the penultimate Monday of August. It's probably the longest time I've spent there since 1983. Little is as it was back then. For example, here is the approach to the campus heading west on Warnock today. In the old days, this was just a seedy street with nothing but garages and stuff like that. 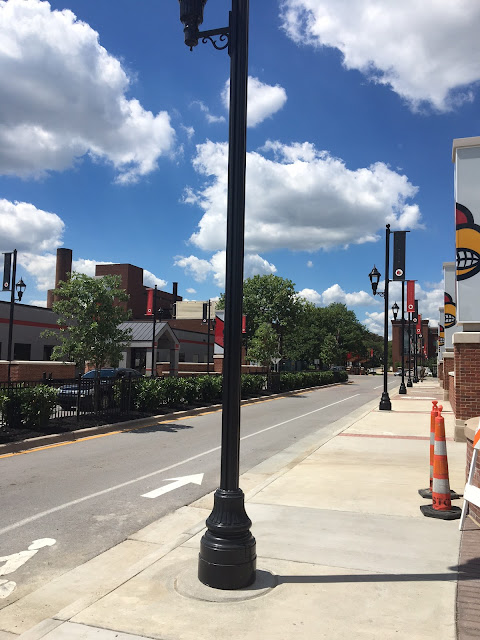 This is the natatorium. We didn't have one of those when I was a student. Or if we did, it wasn't worth putting a sign on. We did have a pool somewhere, I'm sure of that. Maybe in Crawford Gym. This is on the west side of campus which was little more than an industrial wasteland in the old days. The university has bought up most of the land between the old campus and I-65, and it is now home to what is probably the most amazing set of college sports venues in the nation. Every team has its dedicated field, arena, or stadium, and all of it is practically new. 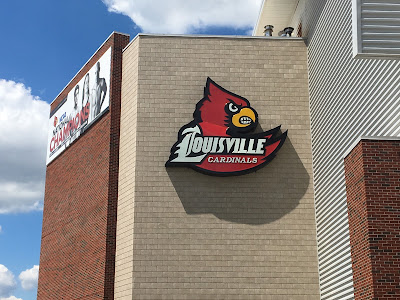 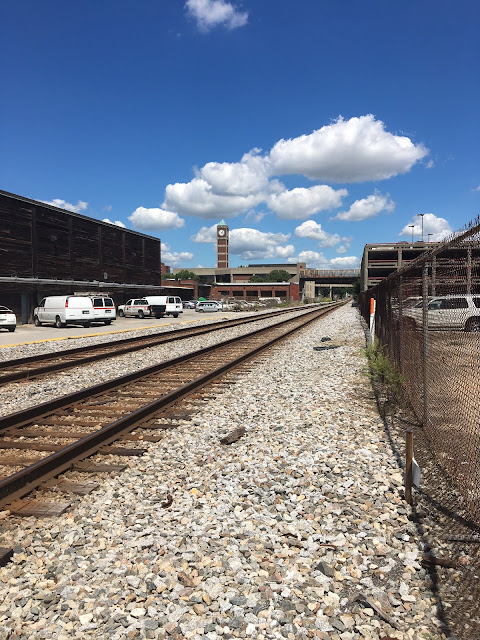 You might find it odd that I seem a bit preoccupied with the appearance of the railroad tracks. Maybe current students might agree with you. But anybody who went to UofL in my day would be fascinated at the state of the tracks in 2016. Most of our parking was (and still is, apparently) on the east side of the tracks, while the rest of the campus was (and, naturally, still is) on the west side. Before 1980, there was nothing to keep us off the tracks. We had to just cross them at the closest point to where we parked our cars. At some point around 1980 they began trying to make it safe by putting chain link fences up in order to direct us to a proper crossing, but it was never long before somebody had cut large holes in more convenient spots, and we would just cross through the holes. Sometimes trains would stop on the tracks, and we'd just climb through them in order to make it to class on time. It wasn't uncommon to see students climbing between the cars of slow moving trains, but I never attempted that. By the time I graduated, they had actually put up one reasonably placed and well constructed pedestrian overpass. Though it wasn't necessarily the fastest way across the tracks, it seemed to do the trick as far as most of us were concerned.


Now, however, there are several places to cross the tracks in complete safety, including the pedestrian walkway (from which the photo below was taken), which crosses from an enormous parking structure (and office building!) on the east side of the tracks to the "new" student center on the west side, which has a clock tower, a big bookstore, the student government offices, and several places to eat. But even better than the new crossings, the campus has been built up in such a way as to make all other possible crossings less convenient or (in most cases) completely undesirable. 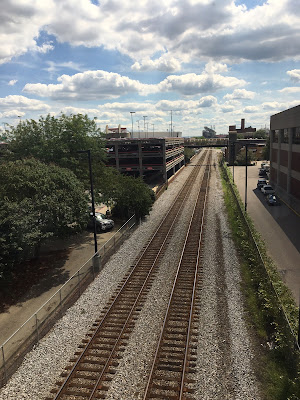 The Thinker
Rodin's The Thinker in front of UofL's Grawemeyer Hall at the entrance to Belknap Campus is not a copy! It is actually the oldest casting of the iconic sculpture in existence today. 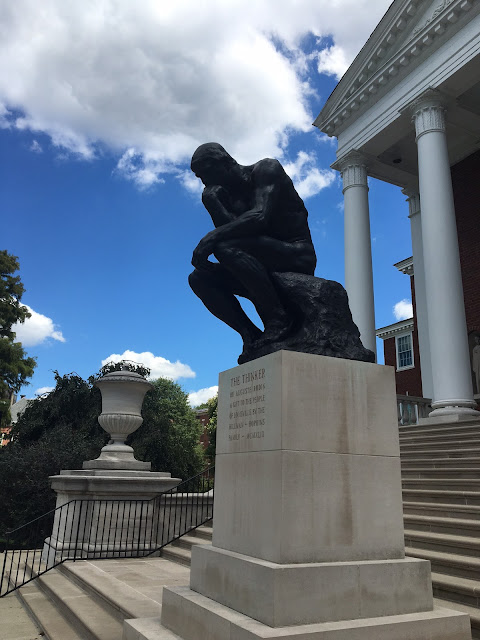 The Entrance to Belknap Campus
The buildings near the main entrance to campus haven't changed, except for being spruced up. Below is the University of Louisville Law School, which was named after alumnus Louis Brandeis, U.S. Supreme Court justice from 1916-1932. 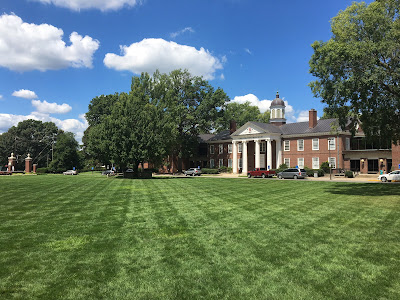 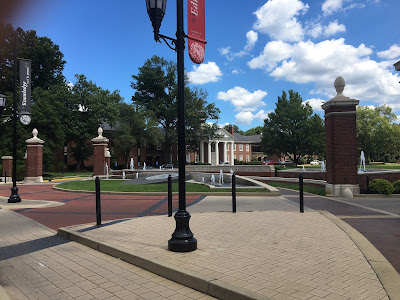 Grawemeyer Hall (below) is the University of Louisville's main administration building. It was inspired by the Thomas Jefferson designed rotunda at the University of Virginia. Most people aren't aware that there's a lot more than a common highway (I-64) that connects Louisville and Charlottesville. Aside from the architecture of our main hall being based on UVA's main hall, the University of Louisville is possibly the oldest institution of higher learning founded on Jeffersonian ideals. Indeed, it was founded as Jefferson Seminary in 1798—more than two decades before the founding of the University of Virginia itself. Though it's an accident that Virginia is Louisville's annual "crossover rival" in ACC football (we simply took Maryland's place) and though neither school's fans have strong feelings about the rivalry, there are actually historical reasons why it should be strongly and proudly contested. 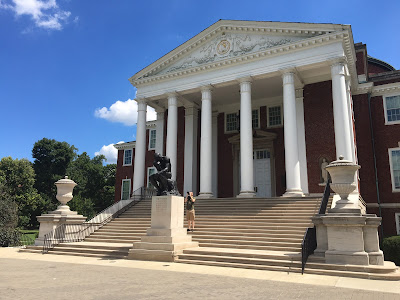 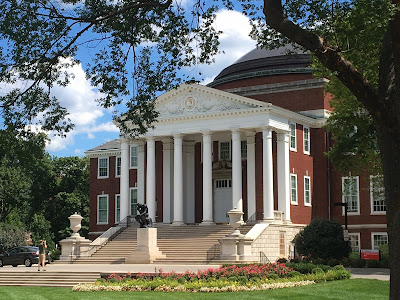 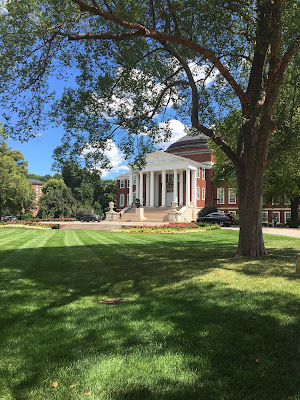 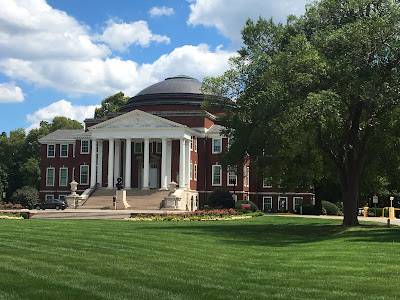 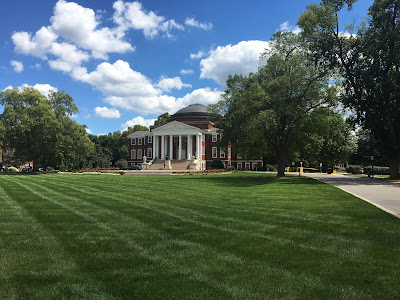 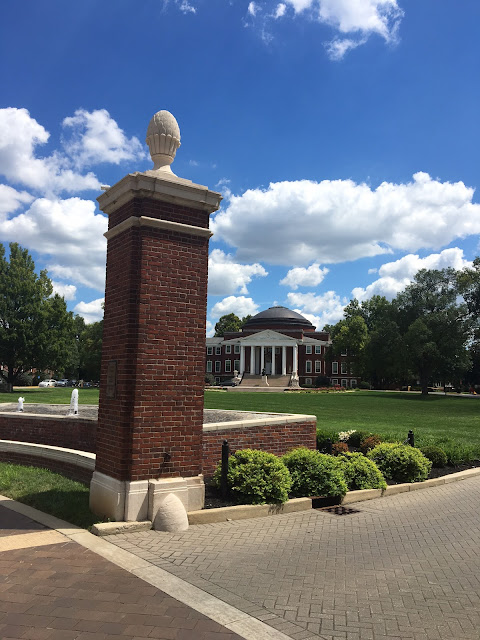 Eastern Parkway & Points South
The Speed Scientific School (UofL's engineering school) used to be about the only thing on the south side of Eastern Parkway. 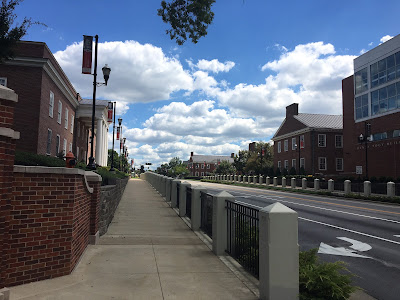 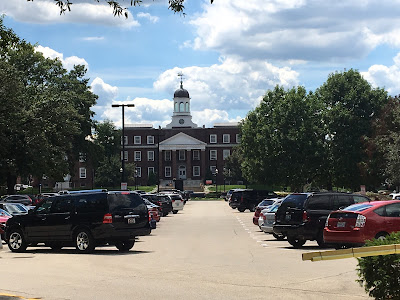 Now, however, many of the university's largest athletic facilities are located south of Eastern Parkway, including the Patterson ballpark for baseball, Cardinal Stadium for football, and the new soccer stadium. 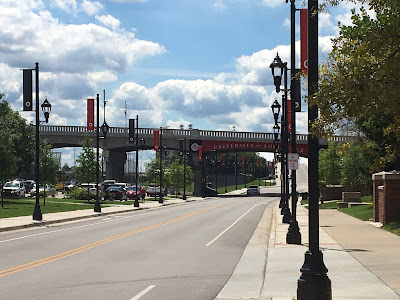 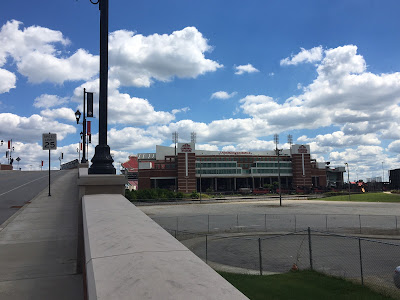 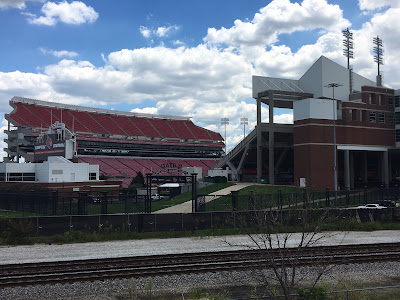 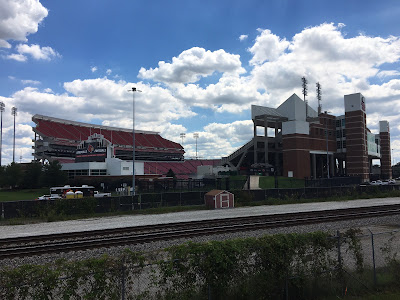 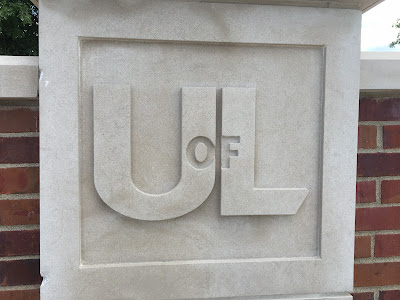 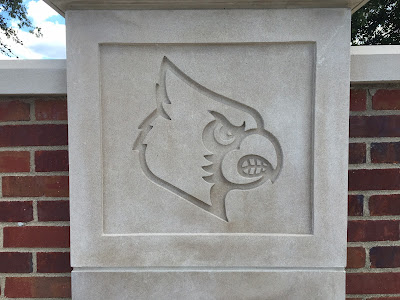 Back to the Middle
Here's a pretty unremarkable college building, located right in the middle of Belknap Campus. It's the Humanities Building (now called "Bingham") where I spent the better part of four years of my life (I was a language major). It's pretty much the same as it always was, except instead of a tiny little snack bar selling horrid coffee (I should know—I drank enough of it), there's actually an Einstein's Bagels inside. 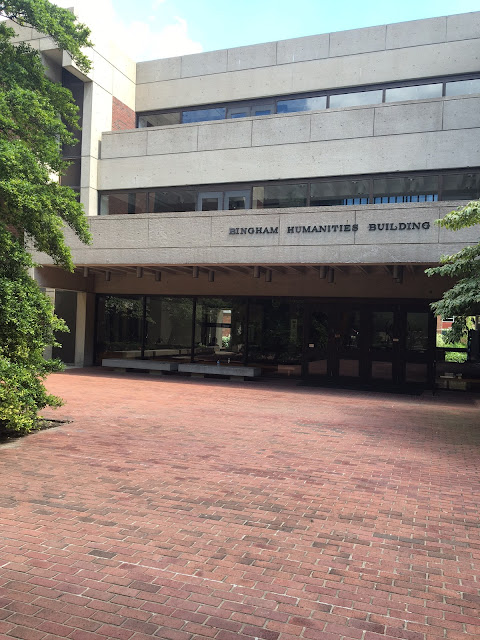 This is the Overseer's House, which I believe is the oldest building on Belknap Campus. I doubt it was built as part of the university. 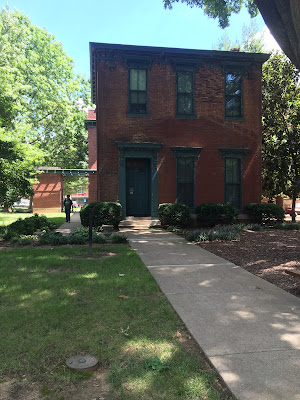 The student center's clock tower as seen from the south. 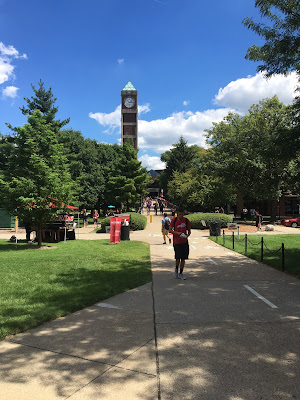 While I was a student, the "Red Barn" was transformed from a derelict factory building into a cool event venue. It still looks cool. 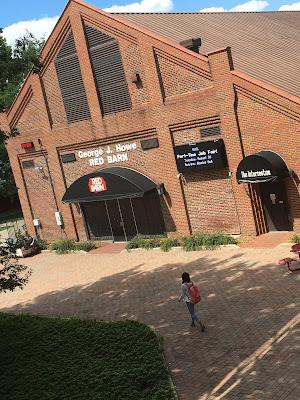 Here are pennants of all the schools in the Atlantic Coast Conference on display in UofL's student center. From the left: Virginia Tech, Boston College, Syracuse, North Carolina State, North Carolina, Pittsburgh, Duke, Louisville, Miami, Georgia Tech, Notre Dame, Clemson, Wake Forest, Florida State, and Virginia. It should be noted here that, of these schools, only Virginia Tech and Florida State were our basketball rivals in my day. We were independent back then in football, and schools like Memphis State (now they leave off the "State") and Cincinnati were our football rivals (not that it mattered—football meant nothing to Louisville fans back in my school days). But we won our first national basketball championship my sophomore year at UofL. 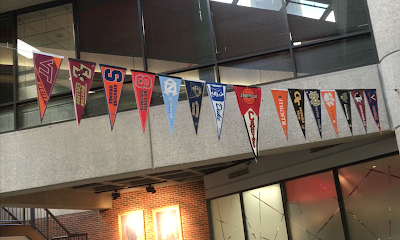 Good Ol' Days
While much of Belknap Campus and its environs has been transformed since the early 1980's, I couldn't help but wax nostalgic when I saw the corner of Third and Winkler: The old Moby Dick seafood joint appears to have been untouched by time. Believe it or not, it looked just as seedy in 1980 as it does today. I never ate there. 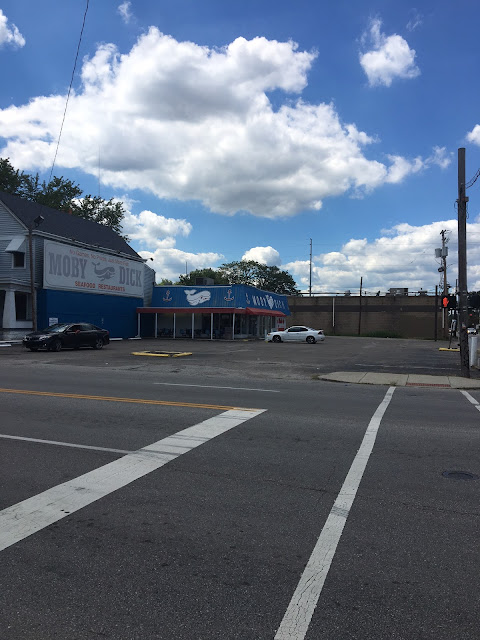