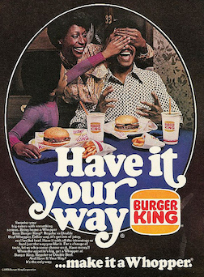 We used to love today’s Jeremiah passage. The image of the potter and clay was an easy one to understand if we wanted a picture of God and God’s people. Later, we’ll even sing an old hymn that mentions this stanza in the first stanza. And it’s a hymn that pretty much proves my point—it’s one that’s very well known to me, but it’s not in our hymnal. To me it’s an old standard, but apparently the people who put together the Glory to God hymnal thought it was too old and not quite standard enough. Or maybe it was the theology that they thought was too old. Potter and clay. Have thine own way.

We like our independence these days. We want to have things our way, not somebody else’s… even if that Somebody is spelled with a capital S.
But let’s let the Bible speak for itself today. Israël’s made a mess of things, and it’s going to be their downfall. That’s what Jeremiah goes on about for dozens of chapters. God’s people have turned to other gods. And they have treated each other unjustly. The poor have gotten poorer, and the religious leaders have blessed the inequality. That’s why Jeremiah complained so much—a complaint that was so long in duration that the English language had to invent a word for it: jeremiad.

But in the midst of his accusation and lamentation, there are beautiful passages that must’ve given hope to at least some of the people who heard what Jeremiah said—passages which can still give hope to us today. There are a couple of readings coming up in October which are quite beautiful. But today’s passage also offers profound hope, as it reminds us of God’s power to both create and to destroy. 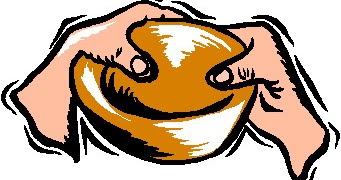 The creative hands of the potter took a lump of clay and made a bowl. But when that bowl wasn’t what the potter wanted, he reworked it into a bowl that satisfied him. Even in Jeremiah’s day, God readily acknowledges that the comparison is a difficult one for the people to swallow. “Can I not do what the potter has done?” God asks. The potter makes, the potter unmakes, and the potter remakes. Is God not as creative as a potter? What’s to be done if God has made a people to be in covenant with, but those people decide that that covenant is no longer enough? The answer is re-creation.

Sometimes through our own decisions, and sometimes through decisions that have been made for us, our lives become something that we never intended. Either we have made a mess of things, or someone else has left us a mess that we don’t know how to clean up. When this happens to people of faith—or when people of faith do themselves in—we turn to a Master to rework us. In the case of today’s reading from Jeremiah, it’s a Master Potter—though in light of later events, perhaps it would be better to turn to a Master Carpenter.

So think of the Lord’s table as the Potter’s wheel and ourselves as the clay. The word adam in Hebrew, after all, signifies three things: the name of the first man, the word man itself, and the earth from which he was made. And it is here at this table that Adam is reshaped. So come: we may be flawed, but there is One who can rework us into a vessel that holds the water of life. 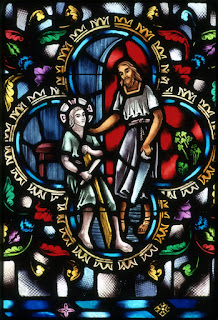 Or better yet, think of the Lord’s table as the Carpenter’s bench and ourselves as wood and nails. It was after all wood and nails that brought an end to Messiah. But come: here we will find that an instrument of death can be fashioned into the eternal house of God; the very worst we can do is the stuff from which God can do God’s best work.

Or best of all, think of the Lord’s table as the Lord’s table. It doesn’t belong to this church or its pastor; it belongs to God. We place on it the materials we need for this life, the food and the drink. Both the bread and wine represent what happens when human hands shape nature into something useful, even something necessary. But bread can go stale, wine can go bad, and grape juice? It wasn’t much to begin with, but it spoils very quickly once it’s been opened. But here God can take our passing gifts and transform them into the life-giving Presence of the One through him all things were created.

So come to the table. No matter who you are or where you are on life’s journey, you’re welcome here. None of us is invited because we’re perfect—if we were, we would have no need of refreshment. We are invited precisely because of our imperfections, for God is near to the brokenhearted and saves the crushed in spirit. If we confess our wrongdoings, God—faithful and just—will forgive us and cleanse us.