'The Art of Divine Contentment'

Of course, there is great gain in godliness combined with contentment.
—1 Timothy 6:6
Introduction: Why Bother?
Christians are very often our own worst enemies. I might go so far as to say that the most effective argument against the practice of Christianity is the way Christianity is practiced. If you don’t know what I’m talking about, then perhaps it might do to sit back and compare the life of Christ to the lives of most of us Christians. Christ was kind and understanding, and he knew just when to get mad. His followers are too seldom kind and too often angry. Christ appears to have had no home, but went from town to town trusting that God—through other people—would take care of his needs. We place too little trust in God, and too much trust in possessions. Christ was courageous, speaking the truth to power, and refusing—even in the face of certain death—to mislead people about who he was and what he was about. We are often too afraid to speak up when we could witness for our faith, or even when we hear a comment that denigrates a sister or a brother.
These are just a few of the examples of how we don’t measure up to Christ. And since this has always been the case with disciples of Christ, you’d think that the movement begun by Christ would’ve been condemned from the beginning. And if we are tempted to think that, there’s obviously something we’re forgetting—something that trumps all the negatives and shortcomings of the people who call ourselves Christian. And that is forgiveness and grace. In the history of religion—unless there is a religion somewhere that preaches mediocrity, cowardice, and hypocrisy—there has never been a group of adherents who live up to the ideals of their religion. But the Christian faith bases our obedience to Christ’s ideals not on the fact that we must do them in order to be accepted by God, but that because we are accepted by God, we respond by being obedient. That’s because ours is a faith based not on legalism and judgment, but on forgiveness and grace. 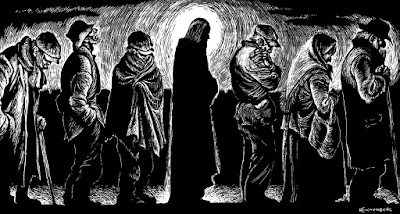 I. An Exposé
And there are many occasions in our own lives and even in the history of the church when we must be forgiving. And a reading of the sixth chapter of 1 Timothy is one of those occasions. If you paid attention to the New Testament reading this morning, you’re probably wondering what I’m talking about. It was actually a beautiful reading, and it even included one of our favorite (if most misquoted) verses—or at least partial verses. Though we often hear people (maybe even say ourselves) say that “money is the root of all evil,” 1 Timothy 6:10 actually says that “the love of money is the root of all kinds of evil, and in their eagerness to be rich, some have wandered away from the faith and pierced themselves with many pains.”
Stern preaching, but what’s the problem? 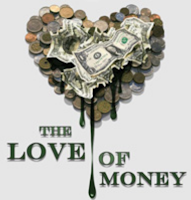 Well, the problem is context. The teaching in the First Letter to Timothy that led up to that saying was actually directed toward people who were held as slaves, telling them to serve their masters with respect—especially if their masters are fellow believers. Though I know that slavery in the first century Mediterranean world bore little resemblance to what developed in North America in the not so distant past, but I still wish that I could do more to distance myself from a religion that endorsed any kind of slavery than to simply omit verses from the Bible that refer to it. Because that’s what just happened here. Whoever formulated the common lectionary went to great pains to omit verses that we find distasteful today. But I think it’s only being honest to point out that when we hear the writer of this letter telling us that “there is great gain in godliness combined with contentment” [6:6], the comment was actually addressed to “all who are under the yoke of slavery” [6:1].
The Bible’s grand narrative is all about ever-broadening acceptance and ever-greater freedom, but there are still many references that send us back into a past when Israel was still in slavery, and women were still denied their rights. I’ve always felt that it is best to be honest about what’s in the Bible. Because if we’re ignorant of it, there’s going to be somebody who’s more than willing to remind us of it—either a believer who wants to bring judgment on others, or a non-believer who wants to expose the side of our scriptures that we’d like to hide.
II. Ambition 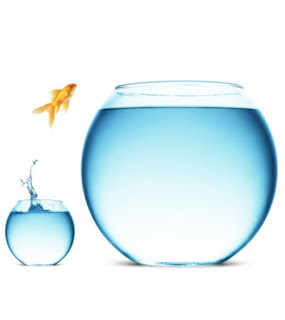 And it’s not like the connection here had no consequences. The Reformers often maintained that the state people were born into was God’s will for them, and that they weren’t to have ambition. Maybe this was intended simply to make lives easier, since all the ambition in the world wouldn’t have turn the peasant into nobility in those days. But we live in a country which has always been opposed to that idea, and so encouraging people to be content with their lot in life seems rather cruel to us. Let people dream, let them have ambition, let them move up in life!
But is that all there is? Blind ambition and unmitigated greed are a great combination for getting ahead in the world. But is getting ahead in the world what people really need… or even what they really want?
There are, no doubt, some lost souls who are willing to do anything to get ahead. They’ll lie, cheat, and steal their way to the top. This doesn’t characterize everybody who is successful. Nor is this to say that everybody who’s ambitious and greedy are successful. There are plenty of people of good character in government and in the board rooms, just as there are plenty of greedy people who are poor or justly imprisoned. So a desire to get ahead isn’t necessarily a bad thing or a good thing. It’s really just a human instinct. Some of us have more of it, some of us have less of it.
And so just as the desire to get ahead isn’t necessarily good or bad, neither is contentment. There are many spiritual people who are contented with where they are, and being around them encourages us to move forward. But there are also many contented people who aren’t spiritual at all. Being around them doesn’t inspire us at all. We’re simply bored by them and their complete lack of interest in anything beyond where they are.
III. Eὐσέβεια and Aὐταρκείας
And so when we read 1 Timothy 6, we need to keep two contexts in mind. The first being that we might not like where the writer was coming from if we get really specific about what he was saying and to whom. But the second is that if we want to generalize what’s being said here, then let’s not forget that we profit not from simple contentment, but with the combination of what the New Testament calls εὐσέβεια and αὐταρκείας—godliness combined with contentment in our translation. 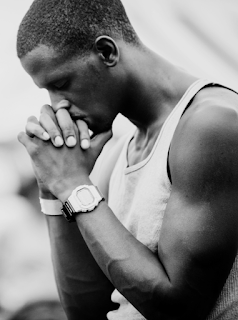 Our translation is indeed adequate. But it doesn’t tell the whole story. Godliness is a word that I think we might picture to associate too much with outward behavior. Dana Carvey’s character the Church Lady is what I picture in my own mind when I hear it. But the people who first heard it in Greek probably weren’t led to look at outward behavior, but more at a person’s inner response to God. Piety and godliness have gotten a bad rap in our day and age—probably because we associate them too much with people who are holier-than-thou.
And then there’s that other word—the one we’re referring to as contentment. But we can almost see the original meaning even if we don’t speak Greek. That’s because words that start with auto- are common in our language, and that auto- prefix speaks to us of independence. Something that’s automatic moves independently, as does an automobile. Autonomy is actually another word for independence. An autocrat can rule independently—that is, without having to get permission from others.
And so the word we read as contentment actually means self-sufficient. Just as εὐσέβεια looks within, so does αὐταρκείας. It’s not talking about dependence on one’s self, as though God weren’t part of the picture. Quite the opposite. It refers to the spiritual reality of having Christ dwelling within.
And so to say that there is great gain in godliness combined with contentment sounds like we’re talking about something we can measure from the outside. But the word godliness really refers to our inner response to God. And the word contentment is actually talking about looking within ourselves to dependent upon the Spirit of God.
Conclusion: ‘The Art of Divine Contentment’
A few years ago, I talked about one of my favorite books in a sermon on this text. The book is from the 1600’s and it was written by a minister named Thomas Watson. It’s called The Art of Divine Contentment, and it addresses the subject in just the way I’ve been talking about it: Godliness being not outward piety, but our inner response to God; and contentment being our dependence on the indwelling Spirit of God. 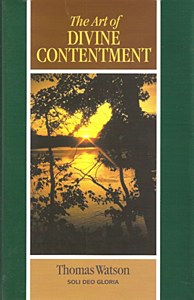 Though I’d like to just spend the rest of this sermon quoting Thomas Watson to you (I think I actually did do that the last time I preached on this text), I’ll just conclude with one point he made that I think gets to the heart of the subject: “Discontent,” said Watson, “is a spider that sucks the poison of unthankfulness from the sweetest flower of God’s blessings, and by a devilish chemistry extracts dross out of the most refined gold. The discontented person thinks everything [they do] for God too much, and everything God [does] for [them] too little.”
Gratitude gets at the real meaning of both godliness and contentment. Both gratitude and ingratitude are cumulative. They’re responses that seldom occur in isolation. Gratitude creates more gratitude, but ingratitude creates more ingratitude. And so to experience the great gain that occurs when godliness is combined with contentment is to have an attitude of gratitude. For what is godliness, but an inner feeling of gratitude toward God? And what is contentedness but a thankful dependence on the Spirit of Christ dwelling within?
Sometimes I think Christians in our place and time have it rough. We have to walk a tightrope between not coming across as holier-than-thou, while having an inner attitude of gratitude toward God. We need to be content with the Spirit of God within us, even as we go for pay raises and promotions. It sounds difficult, but ours isn’t the first generation of Christians that’s had to be both genuine and pious, and both content and good providers.
What seems different is that there are fewer and fewer people who even try to acknowledge God in their lives. Yes, that can be challenging to be in the minority. But when you think about it, it changes nothing in us—unless it’s to make us as individuals and as a people more intentional about our religion, more thoughtful in our gratitude.
Gratitude is the key. We can always be thankful toward God, even as we question God. And the people we are around need not be believers in order for us to show gratitude toward them. Both gratitude and ingratitude are cumulative. Let’s be thankful toward God, toward one another, and toward those around us, for, of course, there is great gain in godliness combined with contentment.
—©2016 Sam L. Greening, Jr.