The Perils of Pauline

As servants of God we have commended ourselves in every way: through great endurance, in afflictions, hardships, calamities…
—2 Cor. 6:4
Introduction: Luther’s Goat 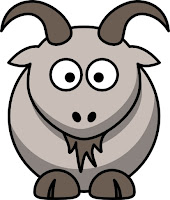 Exactly 499 years ago tomorrow, an Augustinian monk named Martin Luther nailed a list of 95 statements to a church door in Wittenberg, Germany, which listed a series of complaints against the practices of the church at that time. Most of the complaints dealt with the selling of indulgences.

Indulgences were (and still are) given by the the Roman church to reduce either time spent in purgatory after death, or the amount of penance required for a sin before death. In Luther’s day, indulgences—as bits of writing on parchment—were actually being sold from town to town by religious peddlers in order to finance construction of St. Peter’s in Rome. These bits of parchment could be purchased for the forgiveness of a sin already committed, or a juicy future sin that the buyer had his or her eye on. This was the practice, more than anything else, that got Luther’s goat.


Rather than dialogue with Luther about the appropriateness of practices such as these, the religious authorities excommunicated Luther from the church he loved less than four years later after what we now call the Diet of Worms. It was here that Luther is supposed to have said, when asked to denounce his own views, “Here I stand. I can do no other.”


I. To Tell the Truth


These are the stories that are never far from my mind at the end of each October. Therefore, when NPR recently published a story online with the headline, “Pope Francis Reaches Out to Honor the Man Who Splintered Christianity,” I was kind of bent out of shape. Still today, we continue to denigrate prophets, and exile those who call for dialogue in the face of greed, injustice, and oppression. Not that I am complaining about Francis; he didn’t write that headline. 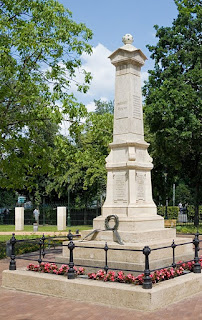 Luther was willing to risk it all for the truth. And I think that his “Here I stand” statement has helped confirm in our religious consciences that we must not compromise the truth. Our second hymn today is an even more extreme example of those who wouldn’t compromise their religious principles.

On the main square in Debrecen, Hungary stands a church called simply the Great Church (Nagytemplom). Behind this church lies another, smaller square called Calvin Square (Kálvin Tér). And on Calvin Square there is a relatively small monument dedicated to the faith of a group of pastors who refused to denounce their faith during what became known as the Counterreformation.

You see, during the Reformation, most of Hungary adopted the same religion as the Netherlands, Scotland, Switzerland, parts of Germany, and even England at the time. Today most people call it Calvinism. But when the Austrian monarchy reëstablished control not only over Hungarian politics, but also Hungarian religion, the clergy was forced back into the Roman fold. Those who refused to denounce their faith were sold as galley slaves in Italy. And both the hymn we sang between our two scripture readings and the obelisk behind the Great Church of Debrecen are memorials to a faith that wouldn’t compromise.

Risking it all for the faith is, of course, a very biblical thing to do. Israel did it in the Exodus and in the wilderness, as did the prophets who stood up to kings and queens in order to point out their faults. The cross that stands at the center of our church and so many others is testimony to the sacrifice Jesus made so that his truth could set us free. Tradition has it that of all the apostles, only one died a natural death—and that was John, who died in exile on the Isle of Patmos. And there were hundreds—probably thousands—of other martyrs in the early church who had to choose between death and denial.


II. All or Nothing

One of the places where we most clearly see what being a Christian was like soon after the death and resurrection of Jesus is in the first part of the sixth chapter of Paul’s Second Letter to the Corinthians. I like this passage because it strikes an interesting balance. It’s as though Paul is saying that there are lots of obstacles to being a Christian, and he’s willing to undergo all the difficulties imaginable so that his readers won’t have to. It’s not as though his difficulties get him any brownie points with God. The purpose of what Paul’s saying here is to let the Corinthians know that he’s trying to smooth the way for them. So while it’s open, they shouldn’t miss out on the opportunity to take advantage of the road ahead.

Companions as we are in this work with you, we beg you, please don’t squander one bit of this marvelous life God has given us. God reminds us,
I heard your call in the nick of time;
The day you needed me, I was there to help.
Well, now is the right time to listen, the day to be helped. Don’t put it off; don’t frustrate God’s work by showing up late, throwing a question mark over everything we’re doing. Our work as God’s servants gets validated—or not—in the details. People are watching us as we stay at our post, alertly, unswervingly… in hard times, tough times, bad times; when we’re beaten up, jailed, and mobbed; working hard, working late, working without eating; with pure heart, clear head, steady hand; in gentleness, holiness, and honest love; when we’re telling the truth, and when God’s showing his power; when we’re doing our best setting things right; when we’re praised, and when we’re blamed; slandered, and honored; true to our word, though distrusted; ignored by the world, but recognized by God; terrifically alive, though rumored to be dead; beaten within an inch of our lives, but refusing to die; immersed in tears, yet always filled with deep joy; living on handouts, yet enriching many; having nothing, having it all.
—2 Cor. 6:1-10 (The Message)
When we talk about things pertaining to Moses, we call them Mosaic, such as the Mosaic Law. Things that pertain to Matthew are Mattheian, so you can probably figure out what the words Markan and Lukan refer to. Things pertaining to the writer of the fourth gospel are Johanine. And things dealing with Paul are Pauline. And so these Pauline Perils that are described in 2 Corinthians 6 don’t, in my opinion, simply describe the difficulties Paul had, but are also a witness to the truth of the gospel that Paul preached. It’s the sort of witness we’ve seen through the ages.

Jesus spoke of it in the Beatitudes when he said,

Blessed are those who are persecuted for righteousness’ sake, for theirs is the kingdom of heaven. Blessed are you when people revile you and persecute you and utter all kinds of evil against you falsely on my account. Rejoice and be glad, for your reward is great in heaven, for in the same way they persecuted the prophets who were before you.
—Matt. 5:10-12
These words must’ve been in the mind not only of Paul, but of Luther when he was holed up in the Wartburg. And of Calvin as he was fleeing to Strasbourg via Geneva. And of John Wesley when he was barred from preaching in Anglican churches because he’d answered God’s call to also preach in the fields and on street corners. And on Martin Luther King and Oscar Romero as they were gunned down because they spoke out for God’s justice. 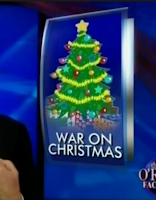 But here’s the thing. In every case, the difficulties undergone by God’s servants may have been “Here-I-Stand” moments, but none of them represented intransigence. In every case, the stance was more of a plea to be heard than it was an attempt to drown out other voices.

This is something we almost always forget these days. In today’s climate, people don’t seem to be able to tell the truth without calling everybody else a liar. Christian heroes of the past faced real perils, and they were able to face them with courage and grace. We imagine that we face perils simply because there are those who disagree with us, or because—God forbid!—we are in the minority. Ralph Waldo Emerson put it best when he said, “Let me never fall into the vulgar mistake of dreaming that I am persecuted whenever I am contradicted.”

It’s a sad fact that most of the people in our society who claim to be persecuted for telling the truth are simply coming up against people who disagree with them. They know nothing of what true martyrs had to deal with. There are worse fates than having to actually think about what you believe and explain it in front of those who believe differently. If we think we’re persecuted when a cashier in a discount store says “Happy Holidays” to us instead of “Merry Christmas,” then we need to study up on the Reformation and the fight against slavery and the Civil Rights Movement.


Conclusion: One of Them Must Be Wrong 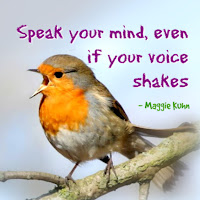 So I think we have two things to think about on Reformation Sunday. The first is telling the truth in the face of persecution and Pauline perils, or any other kind of perils, for that matter. If the time comes for us to speak up, then let us pray for the wisdom to know when that time is, and the courage to tell the truth even when it’s unpopular. “Leave safety behind,” the Gray Panther activist Maggie Kuhn once said. “Put your body on the line. Stand before the people you fear and speak your mind—even if your voice shakes. When you least expect it, someone may actually listen to what you have to say. Well-aimed slingshots can topple giants.”

But we’re Christians. The slingshots, the toppling, and the giants are metaphorical. Jesus told us that it was the truth that would free us [John 8:32], not having the loudest voice or even the satisfaction of being right. No matter what happens later, we need to enter every situation with the prayer not only that somebody else will hear what we have to say, but that we will hear what they have to say. If “two men say they’re Jesus,” at least “one of them must be wrong” [Industrial Disease, Dire Straits]. But even if somebody isn’t the Son of God, they are still a child of God. May our truth never be expressed so loudly that it drowns out another’s humanity—even if that other would try to deny us our humanity.
—©2016 Sam L. Greening, Jr.