CEB: A Study in Discernment and Comprehensibility 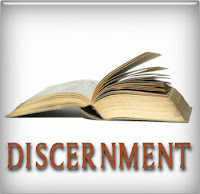 A few years ago, as I was preparing a sermon on Matthew 7:1, I encountered the different Greek words κρινω and ανακρινω. Kρινω (krinō) means to judge, and, in many instances, even condemn. Kρινω is the word Jesus uses when he tells us in Matthew 7:1 not to judge. This is a word of some power, and this power is usually not handed out casually in society. Judges are usually either elected by the people or appointed by a governor or President and confirmed by a legislative body. In Old Testament times, judges embodied the powers of both the executive and judicial branches of government.

A much more subtle word is ανακρινω (anakrinō). The ανα- (ana-) prefix somehow places judgment on a gentler, more human scale. It means to evaluate or discern. It does not carry with it the connotation of condemnation. Just as Matthew 7:1 is an excellent example of the New Testament use of the word κρινω, 1 Corinthians 2:15 is a good example of the use of the word ανακρινω. And comparing translations of this single little verse proved very interesting.

Several translations made no distinction between it and its harsher counterpart. For example, the New International Version—a translation especially popular among evangelicals—translated the verse this way:

The person with the Spirit makes judgments about all things, but such a person is not subject to merely human judgments.

At the opposite end of the spectrum is the new Common English Bible, a translation project sponsored by several mainline denominations including my own. Its translation goes like this:

Spiritual people comprehend everything, but they themselves aren’t understood by anyone. 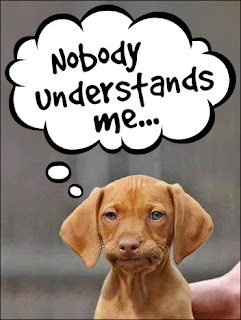 I must say, I don't really "comprehend" the reasoning behind the CEB's word choice, and it definitely prejudices me against this new translation, even though I was originally enthusiastic about it. Only by stretching the definition can one arrive at the word comprehend to encompass the ideas of discernment or evaluation. Moreover, the word comprehend is not a "basic vocabulary" sort of word: It is no less difficult than a word like discern (and, in fact, has 50% more syllables), so comprehensibility cannot be the basis for this choice. When ανακρινω is translated as comprehend and understand in the same verse, I'm afraid there's enough interpretation going on to border on paraphrasing as opposed to translating. In addition, I think the impression the CEB's translation gives—that of a Christian who seems to know everything but cannot be understood by anybody—is far from the Apostle Paul's intention.

The New Revised Standard Version, considered for over 20 years to be the most accurate English translation, translates 1 Corinthians 2:15 this way:

Those who are spiritual discern all things, and they are themselves subject to no one else’s scrutiny.

Here we see two distinct words/phrases used to translate the idea expressed in Greek by ανακρινω: discern (active) and be subject to scrutiny (passive). Both of these translations are very true to both the meaning in the original language and the way modern English is spoken.

Though I'm very glad I happened upon 1 Corinthians 2:15 as a bellwether for διακρισις (i.e. discernment) of which is the most accurate Bible translation, I am nonetheless very disappointed in the Common English Bible. I had hoped to start using it as the default translation in my worship and preaching. As of now, however, I'll stick with the NRSV. And if someone were to ask me for a more easily understood translation than the NRSV (which does, I admit, tend toward the scholarly), I would still recommend the New Living Translation, which never ceases to surprise me with its accuracy and comprehensibility. Here's how it translates 1 Corinthians 2:15:

Those who are spiritual can evaluate all things, but they themselves cannot be evaluated by others.

Evaluate is very true to the Greek meaning. Comprehend simply is not.