An Advent Invitation to the Table

I'm sure everyone's seen it. It was once a cartoon in a magazine, but now it's an internet meme about the coming of the Lord. It says, "Jesus is coming... look busy."

This pretty much describes our attitude toward preparation these days. At last as far as our religion goes. At best it’s something from the past. It’s evident from reading the New Testament that first century Christians believed that the return of the Lord was going to happen any second. They were so sure that this would happen in their lifetimes that they believed that those who died were lost. The oldest book of the New Testament (1 Thessalonians) was written, basically, to reassure believers that those who died before the Lord’s return were not lost.
Much later in history—but still in our own tradition—Christians gathered by the hundreds to prepare themselves to receive the Lord’s Supper. They heard sermons, prayed, confessed their sins, and sang. If these “sacramental meetings” sound a lot like later camp meetings and revivals, there’s a good reason for that, for that’s what they grew into on the American frontier.

But at worst, the idea of religious preparation is just a joke—something more backward folk concern themselves, or maybe slightly crazy people like the old guy carrying the sign. On the Protestant side, we think of books that were wildly popular in conservative Christian circles called the Left Behind series. On the Catholic side there is the notion that preparation to receive the Eucharist involves fasting and confession to a priest. 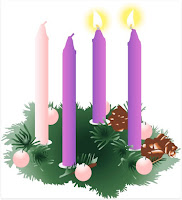 But behind it all, there is the notion that the presence of God is special, and that we shouldn’t take it for granted, nor should we allow it to go unnoticed. Our ancestors didn’t celebrate Christmas, so there was no reason to even think about Advent. But as times changed, and Congregationalists began observing Christmas, at first they still avoided Advent. But that was a while back. Now we see the sense in it. Though Christmas can indeed turn into a superstition and its excesses are far from healthy—for either our bodies or our souls—there is a spiritual beauty to the annual celebration of the Incarnation, the fleshing-out of God. And if we celebrate something of such deep significance, then clearly it’s appropriate to get ready for it, to prepare for it.

The idea of preparation has become increasingly foreign to us in most areas of our lives. It hasn’t disappeared altogether. But it’s not as important as it once was. Take Sundays, for instance. How many of us grew up having to spend at least part of Saturday getting ready for Sunday. After all, no shopping could be done on Sunday, and so last minute trips to the store were out of the question. Sunday clothes needed to be washed and ironed and laid out. And there’s even a joke—I think it’s still told by the cornier among us—about the person who takes a bath every Saturday night whether they need it or not.

And what about Sunday morning itself? Getting ready for church was a big deal. Even the littlest of boys in my childhood had to undergo the ministrations of our fathers in order to get our hair slicked down and combed, our neckties tied, and our little jackets buttoned.

Nowadays families spend more time getting the car loaded for a Sunday trip to the beach or getting sports uniforms on for Sunday games. Church often doesn’t even enter our minds. And when it does, our attitude toward worship attendance is much more casual and come-as-you-are.

This is not a bad thing. In fact, it’s better theology to say that God cares more about what’s on the inside than what’s on the outside. I don’t care how anybody dresses to come to church, as long as it doesn’t cause too much of a commotion. 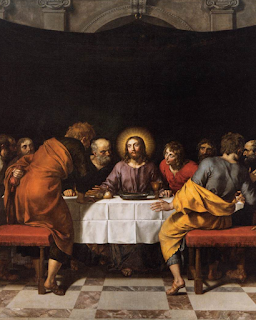 But preparation is a discipline. And when we’re getting ready for the presence of God, then we should give a thought (several thoughts, actually) to what it means to worship, what it means to celebrate the birth of Christ, and what it means to remember—as we do at least once a month—that that same Christ, on the night before he died, gathered for one final meal with his disciples. As the meal began, he took a loaf of bread, gave thanks, broke it, and gave it to them, saying, “This is my body, given for you. Do this in remembrance of me.” Likewise after supper, he took the cup in the same way. And after he had given thanks, he shared it with them, saying, “Drink from this all of you, for this is my blood—the blood of the new covenant—shed for you and for many for the forgiveness of sins. Do this as often as you drink it in remembrance of me.”

Technology has done what it can to eliminate waiting from our lives. And the waiting that cannot be eliminated can now be filled with phone calls and office work and games and messages, leaving little to no downtime when we can think, and pray, and prepare.

Our preparation must needs consist of more than just a few moments of meditation before the service, or the prayer of confession we say on Communion Sundays. John the Baptizer preached about repentance to all who listened to him. But to those who were the religious authorities of their day, John had a more specific message—not “Repent,” but “Bear fruit worthy of the repentance you claim.”

To call ourselves Christians is to already claim that our lives are turned around, that we’re going in a different direction than those around us: Our priorities are different and our values are different. Let’s take John’s message to heart and prepare ourselves for Christ’s coming by bearing fruit worthy of the attitudes we claim for ourselves. When he comes, may he find a people as humble as the baby born in a manger; a people who are as generous toward the least of his brothers and sisters as he was; a people who welcome the refugee, for he himself was a refugee in Egypt. 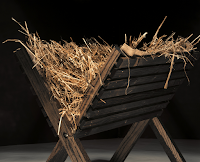 If this is who we are—or who we want to be—then come to the table. We need not be perfect, and the fruit that we bear need not be ripe. But to meet Christ here is to acknowledge a need to change, and to confess that that change lies not within our own power, but the power of the One who came into the world as a homeless infant, and who we thought was forced out of it as a criminal on a cross. But the homeless infant was the eternal Son of God, and the man on the cross did not leave the world when he died, but remained an integral part of it.

He’s part of it still, and it’s here that we sense him most deeply. Let’s remember that he will not come as a result of our waiting. But while we are waiting, he will come.
—©2016 Sam L. Greening, Jr.