N.T. Wright is an Anglican bishop, and he’s also one of the top New Testament scholars in the English-speaking world. He’s written a set of short commentaries to several books of the Bible, and he always introduces the individual sections of each book in a really interesting way. When introducing the Beatitudes in his commentary on Matthew, for example, he describes a movie about the pilots who were first trying to break the sound barrier. Before it was done, of course, there were many who didn’t think it would be possible. And to make matters worse, controls ceased working properly the moment they hit 735 miles per hour.

But one of the test pilots tried something very risky at the moment his plane hit the sound barrier. He tried working the controls backwards. For example, since pulling the stick to make the plane’s nose rise seemed to send it downward instead, he tried doing the opposite. And lo and behold, instead of sending the plane’s nose downward, when he pushed the stick forward, it brought it up.

Jesus, says Wright, is doing something similar in pronouncing the Beatitudes... 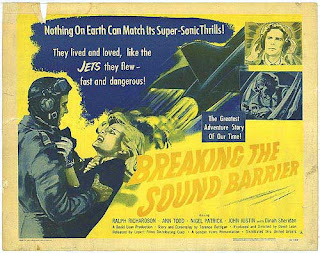 He’s bringing us through the sound barrier to someplace we’ve never been before. “He is taking the controls and making them work backwards.” [1] He’s not sharing timeless truths in the Beatitudes, because every person here knows that the Beatitudes are not true most of the time. What he seems to be saying, is that the world as we experience it might actually be the upside-down world, and that with his message, he’s beginning to set the world aright. We might not be there yet. But that doesn’t mean we need to refuse to see the world through his eyes—eyes in which the poor are first in the kingdom, meek are heirs to an estate, and the persecuted are blessed.

I. Happy Are the Sad

Of all the Beatitudes, however, none of them seem to be less true in our experience than the one that opened this morning’s reading:
.
Blessed are those who mourn, for they will be comforted.
—Matthew 5:4 . . . . . . .

The (masculine plural, as in Matt. 5:4) Greek word for blessed is μακάριοι. Some contemporary Bibles translate that word not as blessed, but as happy. [2] So it’s as though Jesus is here saying, Happy are the sad… You can’t get much more upside-down, backwards-is-forwards than that. In the UCC we like the idea that Jesus tears down walls and breaks barriers. But even we aren’t prepared for him to break a barrier like this one—the barrier between the possible and the impossible. How can sadness be happy?

We’re all acquainted with sadness, I think. And when we think of sadness, perhaps grief over the death of a loved one is at the top of the list of things that might make us sad. It’s a sadness like no other, and there is no cure for it but time. But even time is no cure-all. Grief changes our outlook—not just when it’s fresh and when tears are plentiful, but even far into the future.

Our tradition acknowledges grief in some pretty amazing ways. Many of the psalms deal with grief. For example: You’ve kept count of the times I’ve tossed and turned and put my tears in a bottle. [3] It’s as though God treasures our tears, and treats them as though they’re some sort of costly perfume or ointment. Is this because God enjoys inflicting pain? Or is it that mourning and sadness are a time when God is with us in a much closer way than when we’re happy?

There is no good explanation of why there’s pain in the world. But in Christ it is confirmed: God is present in suffering. If God’s deepest expression of love is a man on a cross, then certainly God does not forsake us when we hurt or grieve. “When we weep before God, not one tear will be lost: God will carefully preserve them all.” [4] To mourn is to be embraced by God. And though we cannot understand it, though we cannot yet accept it, there is comfort in God’s presence. We want God to change the pain—even to erase it. But in the end, we believe that God is with us in the pain, and the change that it brings to us, it also brings to our understanding of who God is and what God does. 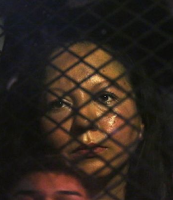 But the death of a friend or family member isn’t the only thing we mourn. Beyond personal grief is societal grief. We can be in mourning for what’s going on in the world around us. And I think that’s a major part of being a Christian. To follow Christ is not just to turn to Christ when we’re sad for ourselves or somebody in our own little circle. If that were all Christianity was about, then it would be a rather selfish religion. It’s more important to look beyond ourselves and think about others—people we know, and people we don’t know; situations we’re familiar with personally, and situations that we can’t possibly understand.

There’s a lot to be sorry for right now, isn’t there? Every day we’re afraid to turn on the news. We know that the first question out of our mouths is probably going to be, “What fresh hell is this?” 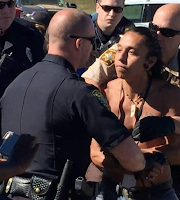 Seems like a lot doesn't it? But that’s just a partial list of what happened  this. past. week.

And so when Jesus said, “Blessed are those who mourn, for they will be comforted,” we should take note. Our grief is genuine and we should feel it. To deny our tears in the face of injustice makes us no better than “senseless blocks of wood,” [5] as John Calvin said when discussing this particular Beatitude. Our feelings are themselves a blessing, and the promise of comfort is there for those who are willing to embrace their grief and to work through it. 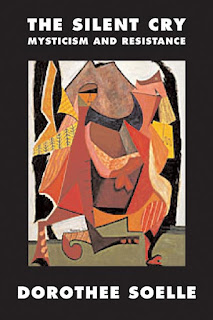 Dorothee Sölle was a German liberation theologian whose book The Silent Cry talks about something that I can find in no other source, but which speaks to us in our situation. She talks about grieving over society from a Native American point of view, by describing something called Hanbletsheyapi, a concept of the Oglala Lakota people—a nation that this particular congregation holds dear.

Hanbletsheyapi is a lament, or cry, for a vision that may express a need for courage in the face of a great ordeal, that may be a prayer for healing, an act of thanksgiving for one of God’s gifts, or it may be a deep need to feel a oneness with the rest of creation. [6] This cry for a vision comes from an individual, but it comes with the help of a community, and the vision is intended for the people.

This is important, because spirituality for many of us has become very individualistic. We seem to have lost sight of the fact that our community of faith helps prepare us for something deeper, and helps us interpret our experiences for the good of the people. Whether we give the guidance or receive it—and usually it’s some combination of giving and receiving—our spirituality needs a community for its fullest expression.

Conclusion: What Can We Do About It?

And so I think this second Beatitude—Blessed are those who mourn, for they shall be comforted—can speak to us on two different levels. And both levels are important.

In our personal grief, we need to feel God’s nearness. When pain is fresh and tears won’t stop flowing, we need to know that those tears are precious to God, and that they are stored away as though they were a costly ointment that we might find comfort in God’s embrace.

And on a broader basis, we need to channel our fear and our grief and our anger at what’s happening around us into a lament—a cry for a vision from God on behalf of all the people. We need a vision from God about what we need to do in the face of injustice and oppression and discrimination. We cannot simply sit around talking about our individual spirituality when our neighbors are being rounded up, or when doors are shut in the faces of those seeking help.

Do we want to be Christians who are satisfied with nice words and good feelings when we read our little books or listen to the preacher talk? Or do we want to be followers of Christ who weep with those who weep—not just people who look or talk like us, but with those whom the world despises?

One of the things that makes this church what it is is the assumption that we long to belong to that second group of people. And if we don’t belong to it, we know we need to. So how can we work together to help each other see the vision that God has for each of us, to hear God’s voice in the cry of our neighbors around the world, or to feel in our bones that God is calling us beyond our grief and anger?

There is comfort for those who weep. But could it be that comfort only comes to those who know what it is they’re crying about, and who are willing to take that next step in faith ask what we can do about it?
—©2017 Sam L. Greening, Jr.
NOTES