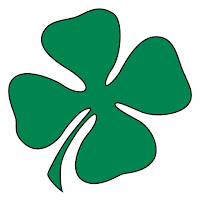 I went to Ireland about ten years ago and rented a car. They threw in a navigation device for free, which was very handy. But there was a problem. It spoke to me using the metric system. Now, mind you, I’ve lived for a good eight years in places that use the metric system. But I couldn’t deal with hearing about it in my native tongue. In English, I use miles and feet, not kilometers and meters. So I switched the language to German. I can handle the metric system in German.

I think many of you must have a similar feeling about right now with me standing up here in a place where you’re used to seeing someone else. If you could access the preferences right now, you’d probably want to get your beloved pastor back. Or maybe even adjust the time to get the new settled pastor here much sooner. But I hope that after the shock of change has worn off, we can settle in to a meaningful interim. We may be between settled ministers, but the United Church of Huntsville is no less a church during this period than it was before or will be after. I pray that we’ll learn to appreciate and trust one another so that, together, we can can discover both our strengths and the areas where we might want to consider change.
I hope to get to know everybody personally during my time here. But I know that most people’s contact with me will still be during the worship service—in particular, the Sunday sermon. And so I’m thankful that I’m going to be able to adapt the appointed lectionary readings so that we get to hear about the Sermon on the Mount between now and Easter. And I say this for two reasons. 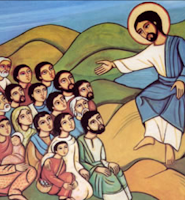 Or we can listen to the actual words of Christ, and allow them to shine on what we’re hearing about Christianity in the Year of Our Lord 2017. If we can find scripture to support us when we don’t want to bake a cake for a gay wedding, but can’t seem to find anything that encourages us to allow an Iranian infant into the country for heart surgery that’s only available in the United States, then it might be possible that we’re reading the Bible wrong. 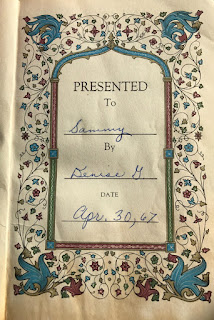 So let’s take a look at what Jesus might have to say about what he actually wants his followers to stand for. We’ll find that in Matthew 5-7. And if the Sermon on the Mount is the Christian Manifesto, then its preamble is the opening section of blessings. For my seventh birthday, my sister gave me a children’s Bible. It was the same as any other King James Bible on the inside, but the outside cover was a picture of Jesus and the little children. And in the back there were several colorful pages containing what this Bible called Spiritual Memory Gems, namely the Ten Commandments and the Beatitudes. As a kid I’d heard of the former. But I didn’t know about the latter. I called them the Beautitudes. And the statement being made by placing them together was, of course, lost on me.

But they shouldn’t be lost on me as an adult. The Ten Commandments are the way the Hebrew Bible tells us God introduced God’s law to God’s people. The Beatitudes are the way the Christian scriptures tell us that the Son of God introduced his interpretation of God’s Law to his followers. But (as Eddie reminded us last week) the Beatitudes are not commandments. They’re simply statements of fact. They give us a look at the mind of God.

And what we see is alien to us. We pronounce people blessèd when they’re healthy and happy and have nice homes or new cars or big bank accounts or good jobs. We think of the powerful and the popular and the influential as being blessèd.

But if we want to call ourselves followers of Jesus, then we need to change our way of thinking. Nowhere in Jesus’ pronouncements does he ever call wealth or power or even health a blessing. He could have. It was certainly the way most people thought of blessings even then. But he didn’t. In fact, in another place where he pronounces nearly the exact same blessings as he does in the Sermon on the Mount—in Luke 6, called the Sermon on the Plain (that’s plain, as in even ground, not an airplane)—Jesus makes sure that we don’t misunderstand, by following his blessings with a set of woes: woe to the rich, woe to the satisfied, woe to the happy, woe to the popular.

But I’m getting ahead of myself. We’re not looking at Luke this morning, we’re looking at Matthew. Matthew’s the only gospel that contains the whole Sermon on the Mount, and it begins with a slightly different beatitude than Luke’s Sermon on the Plain. Whereas Luke simply says, “Blessèd are the poor,” Matthew says, “Blessèd are the poor in spirit.” Thus, In Luke’s first beatitude, Jesus talks about God’s love for the poor. In Matthew’s, he talks about God’s love for the humble. But don’t worry. Matthew’s not watering down something Jesus really said. As we look at the rest of this sermon, there will be no doubt that Matthew’s Jesus is no less a revolutionary than Luke’s.

Once again, this isn’t a commandment to be poor. But it probably is a commandment to change the way we look the least among us. Christianity has seldom lived up to the Beatitudes. But it truly has traditionally at least made it a public policy to agree with the Beatitudes—to affirm that God’s values are not necessarily our values, and to encourage people to see the least among us as rôle models.

But the Beatitudes have been under attack for a while now.
I think both these viewpoints miss the mark.
Which leaves us with the Beatitudes.

It looks to me (and I acknowledge I need new glasses, so take this with a grain of salt) that our culture has finally decided not just to glorify the opposite of what the Beatitudes bless, but to openly and mockingly reject the Beatitudes. 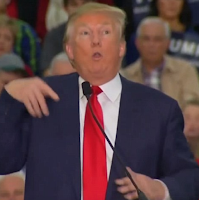 This is bad enough. But it’s happened not only with little opposition from Christianity, but with the help of Christians. When such a large segment of the Christian church consciously rejects the preamble to the Christian manifesto (and we’ll get to the rest of it over the next few weeks—but spoiler alert: it does not get better) then I wonder if we need to begin finally to draw a line between Christians and followers of Jesus the Christ.

That question cannot be answered until I know his teachings. And so between now and Easter, I’m asking you to explore those core teachings with me. What are Jesus’ values? And what should my values be if I want to follow Jesus? Maybe that’s something Christians have asked through the ages. But a new question has arisen—new for me, at least—and that is, Can there be a difference between being a Christian and following Jesus? I want the answer to be No. But the world around me is telling me that I’d better be prepared for a Yes.