There’s a place in Pittsburgh with a very strange name. It’s called Conflict Kitchen. [1] It sounds like the name of a very unpleasant reality TV show where the competitors are encouraged to duke it out—or at least argue—as they cook. But it’s almost the opposite. It’s actually a restaurant that serves food from places or peoples that our country is or has been in conflict with. Not necessarily at war, but at least on the outs with. And so on its menu has been Iranian food and Cuban food and even North Korean food.

Jesus commandment to love our enemies is difficult. But if we can love our enemy’s cooking, I would imagine that that’s a good start. 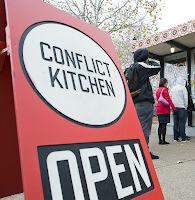 Probably a very good start, in fact, for I think the concept of this restaurant shows us the kind of transformation that Jesus is talking about. Remember, he’s not talking to officials or rulers or even functionaries here. Despite what I’ve said in past sermons, in a fallen world, we can’t expect the Sermon on the Mount to become government policy. He’s talking to people on the margins—the poor and the persecuted, the meek and the grieving. He’s targeting them in the same way that politicians often target them. But instead of manipulating them into some sort of patriotic fervor so that they’ll turn on those who are different, he’s calling them to see others as God sees them: not as enemies, but as people just like them.

The first chapter of Genesis tells us that humankind was created in God’s Image. And so when Jesus tells us to love our enemies, he reminds us of how God gives the gift of sunshine to both the good and the evil; of how God’s rain falls on both our friends and on our enemies. Sunshine and rain, the very things necessary for the growing of food. And nothing brings hungry people together like a good meal.

And so we see how Jesus takes the simple precept, “Love your enemies,” and somehow bases it not only on the fact that God loves our enemies—at least God loves them enough to send them the blessings of the earth and the sky and the sun—but that there’s a connection between what God does and what we should do.

This is very old theology. In fact, it goes back to the very beginning, to the appearance of the first human beings—animals who were different because they bore the image of their Creator. And in this case, image equals wisdom; image equals knowledge; image equals love.

We see this at the end of today’s passage when Jesus tells us something that’s haunted Christianity for 2000 years:
Be perfect, therefore, as your heavenly Father is perfect.
—Matt 5:48 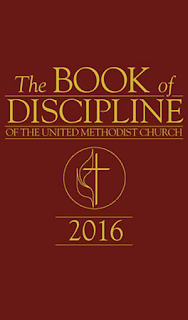 Here’s something I bet almost nobody here knows. As we approach an ordination here in our sanctuary next weekend, I’m reminded of my own ordination vows, which I took as a United Methodist. Like UCC pastors, Methodist pastors attend college for four years and then seminary for three years. But unlike UCC pastors, Methodists aren’t ordained when they take on their first job as a pastor. (It’s not called a call or a covenant, but an appointment or a charge in the United Methodist Church.) When I went through the system, I was ordained first a deacon, midway through seminary, then only after two years as a pastor was I ordained an elder. And Methodists don’t ordain pastors in individual ceremonies, but en masse. Every candidate from a regional conference is ordained at the same time.

But none of this has anything to do with the text I’m preaching on today. Except it does. That’s because every United Methodist pastor at the time of her or his ordination is asked a series of nineteen questions, originally asked by John Wesley. [2] The first one is simple and straightforward, and could be asked of any ordination candidate in any church:
The belief in Christian perfection is central to United Methodist theology, and it’s important to a whole subset of churches including the Wesleyans, the Nazarenes, and churches in the Holiness movement. It’s the belief that not only did the death of Christ cleanse us of our sins, but also our “bent to sinning,” as the hymn puts it. [3]

You might ask how I could answer Yes to such a question. Do I really believe I’m perfect—or, at the very least, do I believe I can become perfect?
First of all, in Luke’s version of this same text—and remember it’s from a sermon that we call Jesus’ Sermon on the Plain—Jesus tells his listeners to love their enemies (just as in Matthew) and then to be merciful, even as God is merciful. [4]

Some argue that this was the original saying, and that Matthew altered it. I can’t comment on that, since I wasn’t there for either of the original sermons. But I honestly have no trouble with Matthew’s version. Because the word in the last verse of Matthew 5 is τέλειοι, a word that we translate as perfect, but which could also be translated as complete, whole, or mature.

Think of a common expression. Seldom (if ever) when we say somebody’s a perfect stranger do we mean they’re so physically beautiful as to be perfect, or so morally righteous as to be perfect. We simply mean that they’re completely unknown to us.

And so Jesus does not here command us to be morally perfect, for we don’t even know what that is. Or, if we do, we know it’s impossible. Somebody asks us if we like their new shirt, and we say Yes, even though we wouldn’t be caught dead in it. We know we’ve just broken a commandment by lying. But the honest truth, “I wouldn’t be caught dead in that shirt,” seems a bit harsh. We can’t quite find a reference to lying about ugly shirts in the Bible, but feel somehow that to love our neighbor as ourselves, we need to compliment ugly shirts. 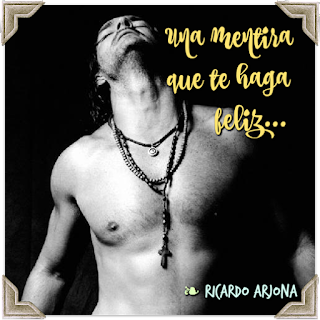 There’s a Latin pop song that says, “Una mentira que te haga feliz vale mas que una verdad que te amargue la vida”—that is, a lie that makes you happy is worth more than a truth that embitters your life. [5]

And so there’s no such thing as moral perfection when telling an impolite truth might be more harmful a courteous lie. As we go through life we have to constantly negotiate between moral certainty and uncertainty, truth and falsehood, knowledge and ignorance. We can sometimes even find a Bible verse that backs us up when we do something we feel in our bones is wrong. Remember, the people of Westboro Baptist Church often have scripture on their side… as long as we only stick to certain verses.

The perfect follower of Jesus—perfect in the Greek sense of wholeness—is one who incorporates the whole narrative of scripture into their worldview. We can find individual Bible verses in both the Hebrew and Christian scriptures that support slavery. It was easy for slaveholders to find them and quote them. They made for great sound bites.

Yet these little verses paled in comparison to the grand narratives of the exodus and the resurrection—stories that placed God firmly on the side of freedom.

In the Sermon on the Mount, Jesus doesn’t free us from God’s law. In fact, he shows us how important it is—not just as far as our outward actions go, but especially in the way we think and feel. Though even the minutest aspect of God’s law is difficult for us in our weakness—remember what I said when I talked about whether or not we should be honest about our friend’s new shirt—but Christ gives us strength. He understands what he has asked of us, and he orders our lives according to his will. [6]

To be whole is to try to look at others as God sees them, and to respond to them knowing that they are no less a beloved child of God than you or your family or the people who go to our church or vote the same way you do or live in my neighborhood or live in our country. No matter who we are, we are not complete all by ourselves. Just as the finger needs the hand, and the hand needs the arm, and the arm needs the rest of the body, we are all but parts of the whole.

I need not adopt my enemy’s way of life in order to let go of my hatred. But if I allow the Holy Spirit to be at work in me and pray that the Spirit will also be at work in them, we may come to an understanding. And maybe I might understand that it’s not necessarily my enemy who’s been wrong, but myself. In the meantime, may I ever remember that God is God of all the living—both banished and restored. As God’s compassion and forgiveness are assured, may others count on our humility and our grace, for we, too are made in God’s Image.