Invitation to the Table for the Day of Pentecost

In the ancient Hebrew understanding of the cosmos, what preceded creation was not emptiness, but the waters of chaos. And water continued to mean chaos and nothingness throughout the scriptures—in the story of Noah, the story of the Exodus, when Jesus himself both walked on water and calmed the sea, the primordial threat of water was symbolic of death. Indeed, all Christians experience this threat the moment we first enter the faith, for the Apostle Paul makes clear that one of the main meanings of the water of baptism is the death of who we were and who we would’ve been without the loving intervention of God. 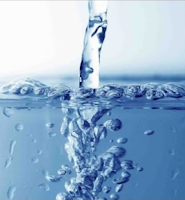 In fact, it’s needed for life and health. Just as the water of baptism symbolizes death and burial, it also symbolizes life and cleansing. Jesus speaks of living water in John 7, and when he talks about it, he’s referring to the life-giving Spirit which quenches a spiritual thirst that many people don’t even realize they have. But what’s really interesting to me is that when a believer is filled with God’s Spirit, we don’t just receive life, but we also share it, for out of the believer’s heart shall flow rivers of living water [John 7:38]. 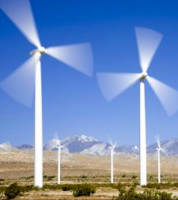 Wind is also a source of both catastrophe and refreshment. Though we might think of the wind as a force that generally creates disorder, in the Bible’s story of creation, a wind from God swept over the face of the waters [Gen. 1:2] putting into order that which was the very definition of chaos. This is what the Bible is really talking about when it speaks so highly of God’s wisdom, for wisdom is the opposite of confusion, and it is the wisdom of God that creates order. If you think, therefore, that our tradition is at odds with science, think again: the very laws that guide the universe are evidence of the God of the Bible, the God of wisdom, the God of order.

So is the wonder of wind on the Day of Pentecost really any wonder? Jesus’ followers waited for something, and when it finally came it seemed to them as the rush of a mighty wind. Though such a violent wind might normally have created chaos, this one had the opposite effect: it evenly distributed signs of the Spirit’s presence among all those who waited—each of those who’d been united in prayer for the past ten days. Jesus had left them, and they were in disorder. Then a wind from God swept over the face of confusion. 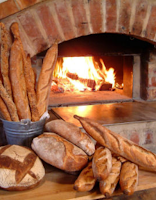 And what was it that the wind distributed among the first Christians? It was fire—the reason that the church uses red as its color on Pentecost. And fire was as strong a symbol as could have been imagined. It had seemingly limitless power to change—both for the better and for the worse—for its change could render either complete destruction or something wonderful—sometimes both at once: for in burning away impurities, fire made the average good and made the good priceless.

The Bible speaks of refined silver and refined gold. And it also speaks of a refiner’s fire that will purify those who appear before God on behalf of others [Mal. 3:2]. But there’s also a more mundane fire, one that is used every day to change the gifts of the earth into food for the body. 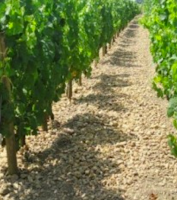 For fire is not just for smiths, but also for bakers, who transform wheat and yeast into loaves of bread. Our daily bread is what we pray for when we ask God to meet our basic needs. Bread is what Jesus provided to the five thousand in the wilderness when they were hungry. And even on the night before he died, when he had gathered for a final meal with his disciples, Jesus took a loaf of bread, and when he had given thanks, he broke it and said, ‘This is my body that is for you. Do this in remembrance of me’ [1 Cor. 11:23-24]. The bread of the earth and God’s manna from heaven are thus united in the body of Christ. When we eat this bread, we remember his words. When we share it, we proclaim what happened on the cross. And when we rise from the table, we live his resurrection.

Bread wasn’t the only earthy image Jesus used, for he also said, I am the vine, you are the branches [John 15:5]. Just as a branch cannot live without the vine it’s attached to, so we must abide in him if we would have the abundant life he promised [10:10]. I hope we remember this whenever we hear what he said after sharing the bread just before his betrayal. For he also took a cup in the same way, and said, ‘This cup is the new covenant in my blood. Do this, as often as you drink it, in remembrance of me’ [1 Cor. 11:25].

Just as with eating the bread, whenever we drink from this cup we speak silently yet eloquently about what happened on Calvary. The world sneers at the folly of the cross, or questions the presence of God’s Spirit in our lives, claiming instead that we are filled with new wine [Acts 2:13]. But we know something they don’t:

Remember Jesus’ first miracle—the one at the wedding of Cana? There Jesus made wine out of water, and all the guests partook of this “new” wine. Though they acknowledged it was the best they’d ever drunk, they had no idea they were even then participating in God’s new creation [John 2:1-11].

But we know about the presence of the One through whom all things were created. We have learned that the essence of God was fused with the dust of the stars. We have heard his promises and we have felt his Spirit. And in him, we are invited to taste and see the goodness of God. No matter who you are or where you are on life’s journey, you’re welcome here at this table. For this is not my table, and it is not this the United Church’s table. It is the Lord’s table. Though it may seem too small, it is long enough to seat the millions who believe, and though its fare seem too little, it is broad enough to nourish the universe.

So come, give thanks, eat, and drink. For you and I belong to God, who has been made known to us in Jesus Christ, and who unites us to God and to one another through the gift of the Holy Spirit.
—©2017 Sam Greening