The reading from Romans this morning starts out with a discussion that sounds oddly familiar to our ears. It seems familiar because Paul is talking about something that we might talk about today. But it seems odd because we often picture people 2000 years ago to be unconcerned with the things that are current topics in the 21st century. The subject at hand is vegetarianism. 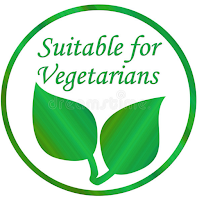 I’m not actually vegetarian in practice, but I agree with the principle. To me, the main objection to eating animal products is not the actual consumption. It’s the way the animals are treated when they’re alive. Our meat and dairy products these days seldom come from the kind of farm that’s portrayed in photographs, in movies, and on TV. Instead, most animals are raised on factory farms, and their treatment appears to me to be quite cruel.
If God’s intention was to make humans part of the food chain, I don’t believe it was God’s intention that we—supposedly the world’s most intelligent creatures—knowingly torture our food before eating it.

When Paul talks about eating meat or not eating meat, he’s coming at it from a similar point of view. Many Christians in his day refrained from eating meat not because they thought it was wrong to kill animals, but for other reasons. One reason had to do with Hebrew law. Meat could certainly be eaten, according to the Hebrew Bible, but the animal had to be slaughtered in a certain way. And another—and probably much more important—reason Paul talks about this was the fact that in the Roman world, meat that was readily available for purchase in the cities had first been dedicated to a god that Christians thought of as pagan.

And so whether they were worried about Hebrew law or Roman practices, many early Christians were very concerned that eating meat might be a sin. Once again: Not because God had forbidden killing and/or eating animals, but because of the way the animals had been killed or the circumstances under which it was sold.

Obviously, these wouldn’t have been concerns of people out in the country who raised their own animals or went hunting. But first century Christianity wasn’t a rural phenomenon. It was almost exclusively urban.


I. A Matter of Faith 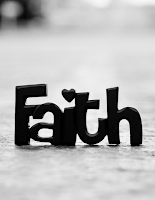 And so Paul wades into the vegetarian controversy, not to take sides (at least not blatantly), but to try to put things in perspective. For us, vegetarianism is talked about in terms of health and ethics. But for early Christians, it was a matter of faith and theology. Some Christians could look beyond both the old laws and the intentions of others and eat meat. Others could not.

Now it’s clear what Paul thought, because he considered those who didn’t feel free to eat meat to be weaker in faith than those would did. And so he said to welcome those whose faith won’t allow them to eat meat, but not just so you can argue with them or convert them to your way of thinking. A nice paraphrase of verse three would be: You who eat meat shouldn’t look down on vegetarians as being weak in faith, and you vegetarians shouldn’t judge those who eat meat as being unethical, for God has invited all of you into the church.


It’s important to note here that next month, we’ll celebrate the five hundredth anniversary of the Protestant Reformation. And Paul’s argument regarding consumption of meat—not to mention the way he made it—became very important during the Reformation and introduced a key term.

Before I tell you what that term is, let’s take a quick look at the way language works. And let’s start the discussion with a clever (if somewhat sexist) poem. It’s by Leonard Rosenthal, and is called A Song of Crepancies:

Give me a lady, one that's couth,
Who putes the things I say;
Who's gainly in the eyes of man,
Who's imical to the things I plan,
Who parages me whenever she can,
Who's gruntled all the day.

Give me a girl whose hair is kempt,
Whose talk is always ane;
Who's ept at ridding home of dirt,
Who's iquitous and not a flirt,
Who's dignant, and whose mind is ert,
And I'll look on her with dain. 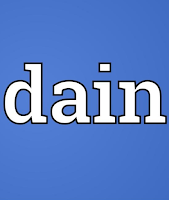 Could you tell what was going on there? We’re all familiar with what happens when we add a negative prefix to a word—it suddenly becomes its opposite. I’m talking about word pairs such as connect and disconnect, do and undo, possible and impossible.

But in some strange cases, the positive meaning has disappeared (the opposite of appear) and we’re left only with a negative word: discrepancy, ungainly, disgruntled, and disdain, for example. What happened to crepancy, gainly, gruntled, and dain? We may never know. But, thanks to Mr. Rosenthal, we now know how lovely they sound in a poem.


III. We Belong to God 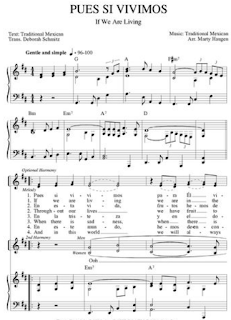 Let’s look at worship—at least from our own perspective. If we want to consider something to be a worship service, we need to read from the Bible and we need to pray. If we want to worship God, we must not bow down to a statue of Zeus or charge admission. But in between there are countless other things that we might consider adiaphora. We can receive an offering, we can sing the Doxology, we can have musical instruments. These are nice things to do, but our very salvation depends upon none of them.

Of course, different churches differentiate on what they consider to be things indifferent. But in today’s reading, Paul encouraged the Christians in Rome to consider the eating of meat to be adiaphora, or something indifferent. It wasn’t the only time he did this. He also made this argument to the Corinthian church. So clearly this difference was something that was tearing the first generation church apart, and Paul was of the opinion that it need not be a point of contention.

Which is not to say that we should be totally indifferent to things indifferent. Because all things—the things that we do and the opinions that we hold and the people that we hang out with and the places we go (both in reality and online)—help show us (and others) who we are and what our priorities are. And if we are united with Christ, then all the things we do become part of Christ—or at least who Christ is to us. That’s because we don’t live for ourselves or die for ourselves. If we live, it’s to honor God. And if we die, it’s to honor God. So in life and in death, we belong to God [Rom. 14:8-9].


Dietrich Bonhoeffer said that within the spiritual community there is never, nor in any way, any ‘immediate’ relationship of one to another. He said that human relationship seeks a complete fusion of I and Thou, whether this occur in the union of love or… in the forcing of another person into one’s sphere of power and influence. Here is where humanly strong persons are in their element, securing for themselves the admiration, the love, or the fear of the weak.

But in spiritual community, Jesus Christ stands between those who love and those whom they love, for our very understanding of love itself comes to us through Christ. Spiritual love does not desire but rather serves, it loves an enemy as a brother or sister, because it originates in neither… but in Christ and his word. I must be satisfied to allow Christ to stand between me and those I love, so that others can have the freedom to belong to Christ. In this way, I meet them not as I want them to be, but as the persons that they already are in Christ’s eyes [Life Together].

It’s here, then, that we need to be careful that what stands between us and those around us be Christ, and not something we have allowed to become Christ. It’s the difference between a connection and a barrier, for the love of Christ should be a meeting place and not a wall.

So adiaphora are what we make of them. Whether it’s in politics or church policy or our personal lives, our priorities not only influence the way we see ourselves but they also preach a world of sermons—intentional and unintentional—to our neighbors.

Let’s be careful, then, that a thing indifferent doesn’t become our Christ. For when we belong to things and opinions that are not Christ, then we wall ourselves off from true community. As Christians, we take our stand on the love of Christ, his generosity and his unconditional love, and not doctrines or practices that constitute nothing more than bricks in a wall. For the stone that the builders rejected has become the chief cornerstone [Ps. 118:22] of a new and more excellent way of life.
—©2017 Sam L. Greening, Jr.