Earlier in my career, my work was much more international. Though I was officially United Methodist, for two years I was given a special appointment as the pastor of an English-speaking Protestant church in Bogotá, Colombia. After that, I pastored for three years at its counterpart in San Juan, Puerto Rico. While there, I was offered an official position back in the Methodist fold as the coördinator of international ministries in Europe. Home base would be Germany.

This was all very exciting to me, but my parents had not been too happy with me moving to Colombia in the late nineties, and they still thought Puerto Rico was a bit too far away—even if it was safer—so I had avoided the subject of Germany with them. I didn’t even tell them when in early September 2001 I made a trip to Germany to scope out the place.

I’d been a German major in college and even took a semester off and worked at a winery for a few months. But it had been twenty years since I’d been outside the western hemisphere. And since the final decision hadn’t been made yet and I wanted to avoid unpleasantness, I didn’t tell anybody in Kentucky what I was doing. One minor complication was that I’d be traveling on my mother’s birthday, September 11, but I was scheduled to be back in plenty of time to wish her Happy Birthday on the phone once I got home to San Juan.

To get there, I had to change planes at JFK, and I remember very specifically that around 9 AM, as my flight—Lufthansa 400—was about to enter U.S. airspace...
I was watching the screen that showed the flight’s progress. I remember, because something very odd happened: the tiny airplane which had been headed due west suddenly appeared to be heading north. And then the screen went blank.

Thinking it was just a malfunction, I didn’t give it that much thought. Until, that is, the captain came on the intercom a half hour or so later and told us that U.S. airspace had been closed and we were headed to something called Gander.

This was an awful lot to take in. But luckily I’ve always loved geography. So at least I knew that Gander was a town in Newfoundland, which, of course, is part of Canada. The rest of it was a lot harder to puzzle out, and it had the cabin buzzing. Why had U.S. airspace been closed? None of us had heard of such a thing before, and we couldn’t imagine what had happened.

We were told nothing else for the remainder of our flight, and when we finally started circling Gander’s airport, we were all amazed at what we saw beneath us. Gander airport had been built back in the days when planes couldn’t make it across the Atlantic without refueling, and so it was much larger than a town of a few thousand inhabitants might otherwise be expected to have. And there below us was not just an airport, but dozens of jumbo jets parked like cars in a parking lot—all of them from a different airline from seemingly every country in the world. What, we wondered, had brought us all to this place?

After a long time circling, we finally landed, and we sat on the tarmac. And we sat. And we talked. And we imagined what was going on. These were the days before smart phones, and nobody had any reception anyway. So we were all in the dark, until after several hours, the captain came on with an update: The United States had experienced several terror attacks, we were told. Both towers in the World Trade Center had been crashed into by airplanes, and neither was standing any longer. Another plane had crashed into the Pentagon. And at least one other plane was unaccounted for. This is stuff you all had known about all day. We had just heard it, and none of us had seen it. I have to admit, we didn’t really believe it.

It was difficult for all of us, of course, but the New Yorkers on board were particularly distraught, since all of them had friends or family who worked in lower Manhattan. And we had a lot of time to try to make sense of it because the plane landed at noon, and it was midnight before we were allowed off it. We went into the terminal and were processed by Canadian customs and immigration, and then we were taken to a large hall where we were fed a boxed meal by the Red Cross. We didn’t know we’d actually leave the airport until we were herded onto school buses (we didn’t find out until later that the school bus drivers were on strike, but had returned to work to help the effort) and taken to a local school: Gander Collegiate Academy.

When we got into the lobby, a TV was on, and everybody crowded around it for their first glimpses of the events of the day. I, however, had to get to a phone. It was after 1 AM local time, but Newfoundland is an hour-and-a-half ahead of eastern time, so if I could get to the only pay phone first, I could call my mother while it was still her birthday. I made it. Needless to say when I told her I was in Newfoundland, she had a bit of trouble believing that.

Now sometimes the mind provides pictures more horrific than reality, and I think that was the case with me. When I turned from the pay phone to the little TV screen and saw what everyone else on earth had been seeing for probably 15 hours, I was not shocked. It was a confirmation of what I’d heard and not nearly as gory as what I’d imagined. And so it was with a strange absence of panic that I went as directed into the school cafeteria where there was plenty to eat and drink. In fact, what we didn’t know as we waited all those hours on the tarmac was that every kitchen in that part of the province had been at work preparing food for an influx of refugees that suddenly more than doubled the local population. 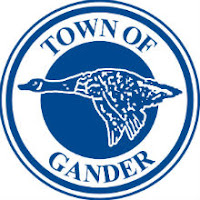 And not just the kitchens. Every linen closet had been emptied out as well, for before long we were led to the gym and to classrooms, all of which were filled with pallets, blankets, and pillows for us to sleep on. We weren’t allowed access to our luggage, and so there were also tables filled with items that we might need, such as toiletries and, what some local linguist had labeled Freie Kleider (since our flight was on a German airline, this was supposed to mean “free clothes” but in reality meant “liberated dresses”).

All this seems very nice. But this was the least of it. We quickly learned that people with infants and illnesses were taken not to schools or churches, but to private homes, that prescriptions were being filled for free, and that no need was going unmet. Local taxis were picking up passengers but refusing money, and any 911 refugee that wanted to go downtown didn’t have far to walk—if a taxi didn’t pick us up, another driver did. Remember, we had no access to anything in the baggage hold of our planes, but local volunteers forced officials to allow them to get into the bowels of those planes and care for the animals that were there. I learned afterwards that all but one survived what would otherwise have been a certain death sentence.

I don’t know what the five days following September 11 were like for you. For me, they were days in spent in limbo. We were told that our plane might be given permission to take off at any moment, and each time we were given an update, its destination changed: We had no idea if we were going back to Frankfurt, or on to New York. And once we got where we were going, it was highly unlikely there would be a continuing flight to where we wanted to go. So we waited. And we made friends. And we were ministered to by perfect strangers.

From September 11 (my mother’s birthday until the wee hours of September 16 (my sister’s birthday), there was never a moment when we felt unsafe. There was never a moment of hunger or thirst or any other need. And there was never a moment of recrimination or conflict or hatred. Though we were Americans and Arabs and Jews and Europeans and South Asians, we had no desire to fight. It seems that when those in charge—in this case, residents of a tiny town on a remote island none of us ever intended to visit—model peace and kindness and love, everybody else leaves behind their fear and their anger and their bitterness.

September 11 changed the world, and not for the better. I have since then often thought that if, instead of average citizens, it had been world leaders who had been plopped into Gander after those terrorist attacks, things would have been different. The endless war, the ever-increasing mistrust, and the ethnic and religious tensions that have resulted were impossible to imagine for those of us who experienced something completely different. Though belatedly, we saw and heard what everybody else on earth saw and heard, we also saw something else: We saw people working round the clock to care for thousands of refugees on a moment’s notice; and we heard words of welcome and friendship when all around us should have been complete chaos.

When finally the word came that we were to leave, we were given no time for good-byes—just quickly bused off to the airport. There we went through Canadian immigration. Like everyone else, I waited in line with the Germans and the Asians and the Arabs, and when I finally got to the counter, I showed the woman my passport. I’ve never thought of my surname as particularly odd, but I know
it’s uncommon and people often question it for some reason. But when that woman saw it, she exclaimed, “Greening. Finally a common name!”

You see, though my name is uncommon in most places, one of the few places on earth where there are lots of Greenings is the island of Newfoundland. I’ve never forgotten those parting words, and they remain in my mind like sort of a cherry on a bittersweet sundae. Yes, 911 was a horror I hope is never repeated. But because of it I was part of something important that I wish could be repeated at least once in everybody’s life.

The Apostle Paul said that it’s love that fulfills the law (Rom. 13:10). And I watched that happen. I didn’t just watch it, I felt it. The world’s religions have some glorious doctrines and strange and beautiful beliefs, all of which separate us. But it is possible for us all to come together under one banner—at least for a few days—and agree that there’s one thing that can erase those differences, even in the face of religious hatred and acrimony: and that is the love of one person for another, regardless of their differences… or even of one little town for the entire world. So owe no one anything, except to love one another; for the one who loves another has indeed fulfilled the law (Rom. 13:8).
—©2017 Sam L. Greening, Jr.