Foundation of a Dynasty 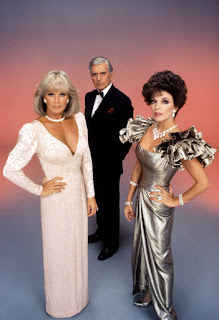 To Americans, the word Dynasty conjures up visions of a really tacky television show… though I’m old enough to remember when it was also an automobile made by Dodge. But we also know that a dynasty is really a royal house. They say that the oldest dynasty in the world is the one the Japanese emperor belongs to—the Yamoto dynasty which dates back to the seventh century B.C.E. The one we’re most familiar with in the English-speaking world, of course, is the House of Windsor, which is exactly 100 years old. A new dynasty didn’t come into power in the United Kingdom in 1917, but the ruling family decided that its old German name wouldn’t do during the First World War, so they changed its name to something more British.

Many Christians also look at the church in a rather dynastic way. I don’t know of any Christians who believe that church leadership has to be passed on within a biological family. But many—most, really—believe in something called an apostolic succession. To better understand this, let’s take a look at a piece of scripture most of us are familiar with. It’s found in the 16th chapter of Matthew when Jesus asks his disciples what people are saying of him.

“Some say you’re John the Baptist,” they answered, “but others say you’re Elijah, and still others Jeremiah or one of the other prophets.”

Jesus’ real point here was not to hear gossip about himself, but to lead the disciples to think on their own. So he asked them, “But who do you say that I am?”

And here we need to remember something, and that is that Peter was always the impetuous one. When he spoke, we can often consider his words to be representative of the disciples as a group. And he’s the one who answered this question. He said, “You are Messiah, the Son of the living God.”

And to this, Jesus replied, “Blessed are you, Simon son of Jonah! Flesh and blood didn’t reveal this to you, but God in heaven. And I tell you, you are Peter, and on this rock I will build my church, and the gates of hell will not prevail against it. I will give you the keys of the kingdom of heaven, and whatever you bind on earth will be bound in heaven, and whatever you loose on earth will be loosed in heaven.” 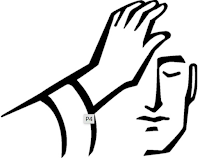 To this day, the vast majority of Christians in the world believe that it was to Peter that Christ gave the keys of the kingdom, and therefore all ordained ministers must trace their lineage—through the successive laying on of hands over the centuries—to Peter himself. Though the Church of England broke with Rome, they maintained the apostolic succession of bishops. But this is one of the things that our English ancestors—the Pilgrims and the Puritans—rejected. And so Congregational churches (and their successor the UCC) are not within what the Roman and Anglican churches call the apostolic succession.

To us, it was the faith of Peter that was the rock the church was built on, and it is the faith of the apostles—not their hands—which has been passed down to us through the generations. I’m not saying that we’re right and everybody else is wrong. In fact, the decision to abandon the apostolic succession through the laying on of hands seems a bit closed-minded to me. But I will at least acknowledge that the apostolic faith of the church can survive with no physical laying on of hands. It reminds me of John the Baptist saying to the Pharisees and the Sadducees, “Don’t presume to say to yourselves, ‘Abraham is our ancestor.’ I’m telling you that if need be, God can turn these rocks into children for Abraham!”

If God is Spirit, then the way the church of God is passed down from one generation to the next is also spiritual.

Which brings me to today’s gospel reading from Matthew 25. This is a royal story, but not really like any royalty we’re accustomed to. It sounds like a story from the end of time, when the king returns like one of the rulers of old—back when good rulers were compared to good shepherds—and separates the people like sheep from goats. The sheep are rewarded and the goats are punished, and the criteria are quite simple: Those who are compared to sheep treated the king with kindness, and those who are compared to goats treated the king, not so much with unkindness, but with indifference.

“When was it that we saw you hungry and fed you, or thirsty and gave you something to drink?” the sheep ask. “When did we welcome you though you were a stranger, or gave you warm clothing when you were cold? When did we minister to you when you were sick or visit you in prison?” 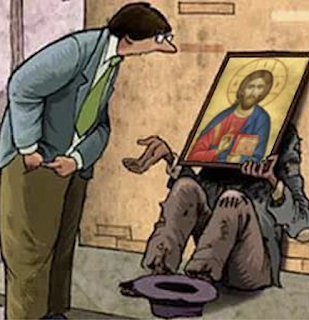 We’re used to Jesus speaking this way. Practically his first words spoken in public were, “Blessed be the poor, blessed are those who mourn, and blessed are the persecuted.” We know how he spoke and we know how he lived. And so these words near the end of his earthly life are so in keeping with everything we know about Jesus and expect from him that we’re in danger of not noticing how revolutionary they are. Because what we’re seeing here, what we’re hearing, is the foundation of a new dynasty. If Jesus is the king, then he’s here proclaiming that the royal family doesn’t consist of his biological parents, siblings, or children. If we want to find out about the royals and learn about their lives, we don’t need glossy magazines or professionally produced documentaries. All we need to do is look to the poor—they are the sisters and brothers and children of the King of the Universe.

There’s another bit of scripture that I want to remind you of right now. I know you’ve heard it. And I’m almost positive you don’t like it. Or at least that it makes you uncomfortable. It actually occurs right after Jesus told the story of the sheep and the goats, when a woman anoints Jesus with some very expensive ointment. “Why this waste?” Judas asks. “Think of how many poor people could’ve been helped with the amount of money you paid for that ointment!”

Even though it was Judas who said it, we want Jesus to agree with this statement. We want Jesus to choose helping the poor over this kind of extravagant worship. But he disappoints us by commending the woman for doing him the dignity that would be denied him later that same week when he died and was buried. That’s bad enough, our utilitarian minds think, but it’s what he said next that haunts us: “The poor you’ll always have with you, but you won’t always have me.”

But this statement makes sense. Because I believe it’s true that the money spent in worship of God never comes out of the mouths of the poor. Even with all the extravagant living we see in the world today, there are still enough resources to feed the poor. If nobody drove an expensive car or lived in an expensive house; if nobody had the latest gadget or wore designer labels, there would still be poor people. It’s not the resources that are lacking, but the will to use them in the right way. Even when surrounded by wealth, the righteous can still practice justice.

But even more importantly, if we put this statement in the context of what Jesus had said just a few verses before, we need the poor in our midst to remind us who it is we worship in the first place, and they’re in our midst not as people who are less than we are, but as the royal family of the dynasty of our king.

Who among us wouldn’t gladly give the Queen a sandwich if we thought she was hungry, or buy Prince Harry a pint if he was thirsty? Oh, and what wouldn’t we want to do for little Prince George if he got sick? I’m sure Jesus is pleased with us when we have such tender thoughts toward the House of Windsor. But think of how much more pleased he is when we bend those same thoughts to his dynasty—the poor, the downtrodden, the least of his brothers and sisters—a dynasty that cannot fail, for as long as there are humans, there will always be those in need.

I know that the story of the sheep and the goats sounds a bit threatening to most of us, for who among us is never guilty of indifference to the hungry and the sick and the stranger and the imprisoned? Even the best among us is sometimes guilty of not doing all we can. And so I think it might be helpful to know that citizenship in God’s Realm is a work in progress. And so is justice.

Yes, this is an end-of-time story. But I think any words spoken or written about the end of time or about the afterlife are metaphorical. They’re so far beyond our experience that we can only understand such things symbolically. The truth of the matter is that the rest of the New Testament talks about Jesus already reigning at God’s right hand and already granting justice to the world.

If this is the case—and I think it is—then we should probably stop thinking of the coming of the King as something that only happens at the end of history; and of justice as something that’s only given once. In our neighbors and even in our own lives, Christ comes daily… actually moment by moment.

And justice isn’t a one-time choice that results in an eternally lost opportunity if we make the mistake of choosing the wrong thing. The realm that we’re a part of isn’t some medieval hierarchy where those on the bottom stay on the bottom forever. The Realm of God is dynamic and ever-changing. We’re in direct relationship with our Sovereign, and the royal family consists of those we know. No need to line the streets to gawk at them from afar. They, like the Kingdom, are at hand.

In fact, there are times in our lives when each of us is also a royal, for whenever we’re in need, then the God who provides for us makes us part of Christ’s family. The story of the sheep and the goats, therefore, isn’t really a story about us and them. It’s just a story about us—all of us. When we minister to the royal family by providing food and drink and welcome and welcome and healthcare and warm clothes and kindness to the imprisoned, we’re actually just ministering to each other. For the person who never needs anyone is most to be pitied.
—©2017 Sam L. Greening, Jr.