I. A Rather Vulgar Tangent


We save our favorite Christmas story in the Bible until Christmas Eve when we read Luke’s account of the Nativity. But during Advent I sometimes read Matthew’s account. And on that same day, it's good to hear one of our favorite verses in the entire Hebrew Bible. As special as it is to get to hear these two passages on the same day, if we actually pay attention, it’s a bit jarring to hear them together.

Our first shock comes when we hear the modern version of the Bible we use telling us to “look, the young woman is with child and shall bear a son, and shall name him Immanuel.” [1] We’ve all listened to Handel’s Messiah enough to remember that the Authorized Version of the Bible—that is the King James Version—actually says that a virgin shall conceive… And, indeed, this was confirmed a moment later when Matthew used those exact same words.

But Matthew does little to settle our holiday nerves...
because just before he tells us “a virgin shall conceive,” he says something equally as disturbing, and that is that the Baby born of the virgin is to be named not Immanuel, but “Jesus, for he will save his people from their sins.” [2]

The first problem is easily explained, even if that explanation leaves us a bit disappointed. And that problem lies in something called the Septuagint. It’s okay if you don’t remember what that is. It’s enough that your pastor stores stuff like this away in his or her head. The Septuagint was the old Greek translation of the Hebrew Bible. The name we use for this translation is a Latin one which means seventy, because the tradition tells us that it was translated by seventy Jewish scholars.

Matthew may have been a Hebrew, but he wrote his gospel in Greek, and so he quoted to us directly from the Greek translation of Isaiah, which said that a virgin would conceive. Though the King James Version that Handel used when composing the Messiah actually translated from the original Hebrew version, it occasionally borrowed comfortable language from the Septuagint which had made it into the Latin version of the Bible—a version called the Vulgate.

If the word Vulgate sounds suspiciously like the word vulgar, that’s okay. The two words are related. Vulgar originally meant common, but has since gone beyond that to mean crude, or even obscene. To show how language moves at different paces in different parts of the world, I’ll use an example from the Eastern Shore of Maryland where I served as a pastor for three years early in my career. I was common. 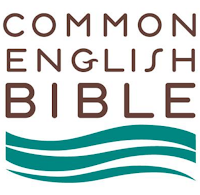 visiting an elderly woman from my congregation one afternoon who complained to me that her stove was "just about worn out" [3], but that she hesitated to replace it, because the ones they sold in the stores nowadays were so (and for this she had to screw up her mouth into an unpleasant expression)

Before I leave this little linguistic flight of fancy, I want to mention a couple of similar terms. You might sometimes hear the Greek New Testament being called the Koinē. That’s because the dialect of Greek used in New Testament times was simply the common dialect of the day, which, in Greek, was the κοινὴ διάλεκτος. And to prove that we have never quite left behind the ideal that the Bible should be written in language that common folk understand, one of the newest versions is called the Common English Bible—a translation sponsored by several historic Protestant publishing houses, among them the Pilgrim Press of the United Church of Christ. [4]


II. An Expedition Up Big Sandy
If the first big question we have about this morning’s readings took me that long to answer, God only knows how long it’ll take me to explain the second—that being the discrepancy in the Names of Messiah. Isaiah is a veritable book of baby names for God's Anointed, suggesting Wonderful Counselor, Mighty God, Everlasting Father, Prince of Peace, and, of course, Immanuel, which means God-With-Us. Matthew accepts one of those, but then gives a whole new one: Yeshua, which means He-Saves, and in English is pronounced Jesus.

Immanuel and Jesus. God who is with us, and a Man who saves. Two different Names with two different meanings—do they refer to two different Persons? Each Person was born of the same hopes. But still, they must be distinct Persons, right?

This reminds me of something.

I want to lead us on an expedition. This one isn’t a linguistic tangent like the one we just took, but a trip up the Big Sandy River that divides Kentucky from West Virginia. [5] We’ll stick to the Kentucky side and turn up Bear Creek. If this were in the late 1800’s we’d find there two neighboring log cabins—John and Julia White living in one, Alfred and Elizabeth Bocook living in the other. Two of the Whites’ boys were named William and Joseph, and two of the Bocook girls were named Belle and Melissa. Well, Joe White fell in love with Melissa Bocook, and they got married. Not long thereafter, Bill White fell in love with Belle Bocook, and they got married. 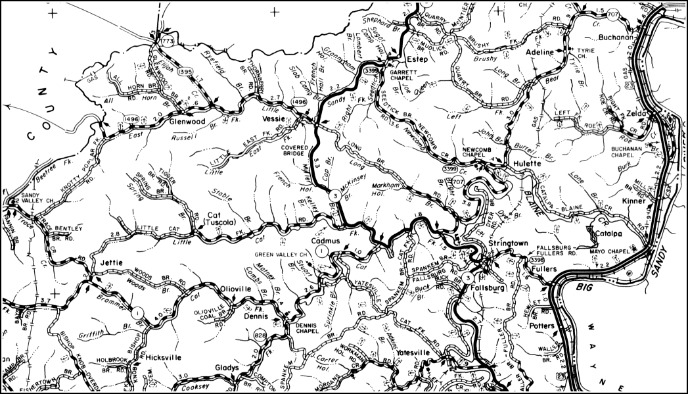 One of the first children born to Bill and Belle was a baby girl they named Mary Wilma. And the youngest surviving child of Joe and Melissa was named Arvilla. Wilma and Arvilla were not sisters. But they were more than cousins. They were, in fact, double cousins, which made them an awful lot like sisters. They looked like twins, in fact.

Now, I know this story because Wilma ended up marrying a man named Horace Greening. She was my grandmother. And as much alike as Wilma Greening and my dad’s Aunt Arvilla Bloebaum appeared to be on the outside, nobody who knew them would ever have gotten them confused. They were different people—practically identical in appearance, because they were both born of both Whites and Bocooks, but still very different people.

This must be the way it is with Immanuel and Yeshua. They look the same to us. And both are born of the same hopes: On the one hand, the hope for God’s presence; and on the other hand, the hope for deliverance from all that threatens to be our undoing. They seem to be the same, but they’re from two different parts of the Bible… they must, therefore, be very different.

But if you pay attention to the stories of the coming of Jesus, one of the main themes is way the Old Testament breaks into the New Testament—how the words of the Hebrew Bible come alive in a new era. In Luke, people alive in that day spoke like the prophets of old, and in Matthew, the prophets of old were quoted to show how their words had not been forgotten by God.

The question, therefore, of how—or even if—the Immanuel of the Hebrew prophets can be the Yeshua of the Christian gospels isn’t new. It was at least as difficult to believe two thousand years ago as it is today. But this apparent contradiction—at least in my opinion—lies at the heart of what it means to be a Christian.

And most of the time, it seems that the best we can come up with is discovering ways that these opposing concepts can be bridged—ways that they might be related, even if they can’t be united. They might be cousins, or even siblings. But in the eyes of the world, they can never be the same.

Beautiful words. But still just words. But the life that was lived in between these two promise-keeping events went beyond and beneath the words to show us that in the keeping of the double promise, we would not get what we wanted apart from the needs of others—all others, the great and the small, the first and the last, the rich and the poor. 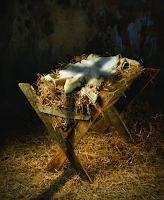 The questions I’m asking in this sermon seem to be the same questions I’ve been asking throughout my thirty years of ministry. Maybe I’ve come close to answering them a few times, but in the end, as in the beginning, Christianity is a religion of questions. People who say that “Jesus is the answer” are, I think, only repeating something that makes them feel better. I suppose it may be true that Jesus is the answer, but there are as many questions in life as there are thoughts and words and ideas. To say Jesus is the answer to any of them is meaningless unless we’re able to ask the question and then explore how or why or maybe even when or where Jesus is the answer.

The church, therefore, doesn’t exist to dispense Jesus as an answer as though you could distribute Holy Communion from a vending machine. The church exists as a community to which we can bring our questions and together look for an answer. And if any of us think we have an answer, then this is
the community where we come to celebrate that which has been found as a widow rejoices when she finds a lost coin, as a shepherd rejoices over finding a lost sheep, and as a father rejoices when his lost son finally returns home. [6]

The question today is: How can Yeshua also be Immanuel? How can the Baby in the manger be the Creator of all things, and how can the Man dying on the cross be the ever-living God? The Christian church doesn’t maintain that One is like the Other, but that they are somehow one and the same. God’s promised presence and Messiah’s deliverance come to us at Christmas in ways that leave our minds empty of answers, but our hearts full of love. Let our sharing during this holy season be, therefore, from our hearts. And what we receive from one another let us then share with a world which is asking the same questions, and is receiving rather frightening answers from others who claim a monopoly on the truth.