Can anything good come out of Nazareth? —John 1:46

The Gospel According to John isn’t exactly light reading. Of the four gospels, it is probably the heaviest, the most theological, the deepest. I don’t know anybody who’d characterize it as in any way funny. Take the prologue, for instance. In the beginning was the word. And the word was with God. And the word was God. Wow, now that’s some deep stuff. Or later, in chapter 6, when we get to John’s account of the Feeding of the Five Thousand. It’s a story found in all four gospels. But only John records Jesus as saying, I am the bread of life. Whoever comes to me will never be hungry, and whoever believes in me will never be thirsty.

And so when I get to lighthearted moments in John, I feel a bit like Robert Frost’s little horse when the poet stops by woods on a snowy evening. You know the one—He gives his harness bells a shake to ask if there is some mistake. I can’t imagine that when John wrote the story of Jesus meeting Nathanael, he wasn’t chuckling at how we’d read it in the 21st century. But maybe he really wasn’t trying to be funny.

Here’s what I’m talking about.
In John 1, Jesus meets Philip and calls him to be a disciple. Then Philip goes and finds his friend Nathanael, and he tells him—in today’s language—“Hey Nathanael. I’ve got good news and bad news. The good news is that I’ve just met Messiah. The bad news is that he’s from Nazareth.”

“Can anything good come from Nazareth?” Nathanael asks with a sneer.

And as amusing as that is, to me it’s not nearly as funny as what happens a bit later when Nathanael and Jesus actually meet. “Wow,” Jesus said, “This Israelite couldn’t possibly be more trustworthy and sincere!”

Now, if somebody said that to most of us, we’d probably say something like, “Aw, Jesus, you’re too kind,” or “Oh, please, I put my pants on one leg at a time just like the next guy!” But not Nathanael. When Jesus gives him a huge compliment, his response was simply, “I didn’t realize you knew me!”

It sorta reminds me of the guy who claims that the only thing that keeps him from being perfect is the fact that he’s so humble.


II. Can Anything Good Come out of Nazareth?

Like I said, it’s entirely possible that John wasn’t really intending to write a slapstick comedy routine when he recorded this little episode for posterity. Certainly, nothing else in his gospel indicates that he was a comedian. And so, instead of simply laughing and moving on, we should probably feel compelled to look for some theological message here.

And there’s plenty of that. But this is just one brief sermon, so I’ll just concentrate on one point. And it goes back to the first part of the passage, when Philip tells Nathanael that Jesus is from Nazareth. Remember Nathanael’s reaction? What did this nearly perfect Israelite say when told where the Coming One was actually coming from? “Can anything good come out of Nazareth?”

It may sound funny when you think about that question from our perspective, but throughout the Bible, unlikely people coming from unlikely places end up being the chosen of God. God called Abraham out of obscurity and Sarah out of barrenness to be the parents of billions of believers. According to the Hebrew Bible, God didn’t love Israel and choose it because it was the most numerous of peoples, because it was, in fact the fewest of all peoples [Deut. 7:7]. God called Israel out of slavery in Egypt to live in the Promised Land. And God chose David, the youngest son of an unknown herdsman, to rule an empire.

So it should’ve surprised no one that God would call Messiah, not out of a palace in Jerusalem, but out of the hill town of Nazareth. Let’s glance at the 121st Psalm: I lift up my eyes to the hills—from where will my help come? My help comes from God… Some translations don’t even make that first part a question. The Authorized (King James) Version makes it a statement: I will lift up mine eyes unto the hills, from whence cometh my help. I don’t suppose that was supposed to be a prophecy, but as a hillbilly by both blood and birth, I like to think of it that way. I look to the hills for help, and God sends it. Apparently nobody was looking to the Galilean hills for a Savior in the first century—certainly not Nathanael—but it was from the hills that the Savior came.

I think this fact means more than we think it does. When we hear the question, Can anything good come out of Nazareth? we should remember that Christians in Hebrew are called Notzrim, and non-Christian Arabs call us Nasarani. If those words sound kinda familiar, that’s because both of them mean Nazarene—the adjective that describes anything that comes out of Nazareth. The notion that Nazarenes are nobodies was driven home a few years ago when Isis started to take over towns with large Christian populations in Iraq and Syria. Just as Jewish homes and businesses in Nazi Germany were targeted for violence and murder with the sign of the Star of David, so Christian homes and business were targeted in the same way with the Arabic letter ن (nun), which is the first letter of Nasarani.

Can anything good come out of Nazareth? the terrorists asked. And the answer they gave was a resounding No. Iraq used to be home to a thriving Christian minority numbering nearly two million. Only a fraction of those remain. In Mosul alone, the 60,000 Christians who lived there have now disappeared. We hear horrible things about the rulers of Syria, but Christianity thrived there until the current Civil War. In areas taken over by the rebels, at least 300,000 Christians have been killed or forced out of the country—some people estimate that number to be closer to a million.

Nathanael’s question was funny and not politically correct. But it ripped a Band-Aid® off and exposed a truth that to many of us isn’t the good news we often think the gospel is supposed to be: namely, that the One we worship as God Incarnate was himself despised, and if we want to follow him, the pathway might not begin in the comfortable places of prosperity and respectability that we want to be in when we take our first step behind him.

We’ve heard a lot this week about countries like Haïti and El Salvador and, apparently, every country in Africa. We’ve heard what they were called, indicating that the people from there were less than we are and are therefore unwanted. I suppose it was like hearing Nathanael’s question in more vulgar terms: Can anything good come from such a hole? Well I hate to inform you, but if Jesus is going to identify with one group over another, he won’t be choosing the ones who think they’re better, the ones who reject based on nationality or skin color, the ones who stereotype and name-call and hoard their blessings. And so if we want to follow Jesus anywhere, we may have to move from where we are to where those others are. For to be a follower of the Nazarene, we might need to be in a place about which people ask, “Can anything good come from there?”

I’m not actually saying that we need to be from a poorer country to be saved, or to be loved by God. But to be followers of Jesus, our concern for being respectable cannot trump our commitment to welcoming others. And the path we follow will always be a side path to the one Jesus is actually on until we’re willing to give of ourselves and what God has placed in our hands so that others might know some comfort and security. Until we know what it’s like to come out of Nazareth, we probably have no right to walk by Jesus’ side through the gates of the New Jerusalem.

And I think more of us know what that’s like that we might think at first. A woman who’s been threatened or coërced or assaulted, who feels the need to say, Me Too, might, like Jesus, come out of Nazareth. A gay man or a lesbian denied equality in housing or employment might know what it’s like to come out of Nazareth. A senior citizen whose medical care isn’t a priority knows what it’s like to come out of Nazareth. The crime rate against the transgender community rose again in 2017—can anything good come out of their Nazareth? Thousands upon thousands of immigrants in this country and refugees on the borders of Europe are coming out of their own Nazareths with no idea where they’re going to end up. Poor people, people whose skin isn’t the right color, who don’t speak the correct language—for these reasons and others, people ask far too often, Can anything good come out of them? as though the questioner is Nathanael and the questionable is from Nazareth. 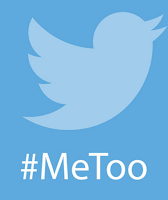 It’s not always others who consign us to the hills, however. There are times when we look at our own condition and question if anything good can come of the place where we find ourselves. Finances, depression, failed relationships—or unhealthy ones that continue far longer than they should—all of these can cause us to ask what good can come from us. I got sick last summer—sicker than I’d ever been before—and I admit that I found myself stuck in Nazareth wondering if any good could come from my life.

Nazareth is big enough for us all, and if we want to follow Jesus out of there, it’s where we need to begin—not from a position of power, but a position of weakness; not from our own independence or self-sufficiency, but out of need; not knowing that we have all the answers, but when we are overwhelmed by questions and uncertainty. When Jesus began his ministry, he came from the unlikeliest of places, and ministered to people in the shadows and on the margins. Certainly God loves us no matter who we are, but if we truly want to follow Jesus, then we’re probably going to find him not at the high point of our life’s journey, but at one of the low points. For it’s awfully hard to identify with the Crucified One if we ourselves know nothing of the cross.