What in God's Name?

Apologies for my voice (or lack thereof)....

Every once in a while, I’ll mess up and call Matt Youngkin Matthew. That’s always a mistake, because his name’s not Matthew, it’s just Matt. And I, of all people, should know that. 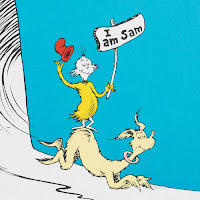 I shouldn’t know that because I’m the minister. I should know that because that’s exactly what people are always doing to me. You see, I am Sam. Now, I know this, because I have a print hanging in my office of a creature doffing a hat, standing on the back of some strange beast, carrying a sign which tells me that I am Sam.

I bought this print of the front page of a book by Dr. Seuss called Green Eggs and Ham for a reason; and that reason is that I am, in fact, Sam.

I know I shouldn’t have to remind myself of that. But I do. The world seems to conspire against me to tell me that I am not who I say I am. Everybody wants to call me Samuel. And when I was younger and less sure of who I was, I would sometimes let them. My diplomas all said that I was Samuel, and to this day the United Methodist Church’s pension board still thinks that I’m Samuel. But I am Sam. Just Sam. 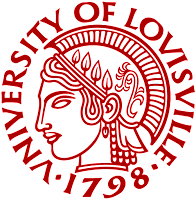 I had to give some real thought to this when I returned to the United States after eight years abroad, and I discovered in unpacking that one of my diplomas was missing. And so I had to order a replacement from the University of Louisville. It wasn’t a very hard thing to do, actually, but there was a catch: I wanted my new diploma to have my correct name on it, so it took a little convincing. And since I was getting an undergraduate diploma with my correct name, I decided I needed to order a replacement for my graduate diploma from Drew University. Same process, but they took a little more convincing.

The Louisville diploma arrived very quickly, and there, finally, in black-and-parchment, I read my name as it was meant to be read.
But then I waited quite a while for the one from Drew. I don’t remember how long it had been, but I finally called the registrar’s office to see what the delay was. “No problem,” a very nice woman said, “it’s just gone to the printer and you should receive it in about a week.” But before I hung up, she decided to get a bit chatty. She told me that they had actually already printed it once, but she had to send it back to be corrected. “You had ‘Sam’ on your order form, but I assumed that that was a mistake. I sent it back to have ‘Samuel’ printed on it.” She told me she always checks if there’s any possible confusion. But in my case, she was so sure it should be Samuel that she didn’t bother calling me to double check.

Names tell us who we are, where we’re from, and to whom we’re related. They might even tell us who we used to be, because many people for reasons of marriage, or religious conversion, or self-discovery, change their names when an important aspect of their identity is changed or finally acknowledged publicly. But names should never tell us who we never were or that we let others tell us that we are somebody we’re not.

And this, I believe, is something that occurs quite a bit when people use God’s Name to state something that’s important to them, but which may not be so important to God—not such an uncommon occurrence, it seems, and not something we’re unfamiliar with ourselves. We’re church people, after all, and churches are one of the most common places where God’s Name gets used in vain, where people speak on behalf of God, saying things that God didn’t instruct them to say.

Not that I’m picking on Christianity here. Just about any religion that believes in God feels the need to speak for God. Take our brand of Christianity, for example: We spend a lot of time and energy shouting from the proverbial housetops that God loves all people, and that people who are rejected by other churches can find a welcome here. Why? Because God does not reject them.

Many other churches spend just as much time and energy shouting from even taller housetops that God condemns certain people. 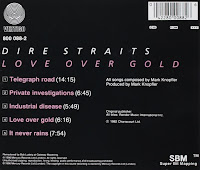 This reminds me of one of my favorite Dire Straits songs. There’s a line in the song Industrial Disease that says, “Two men say they’re Jesus; one of ’em must be wrong.” Indeed, when two different churches claim to be speaking with Jesus’ voice, yet they’re saying opposite things, then one them must be wrong.

And what if it’s us? That’s always a possibility, and I think that’s just a big dose of humility we need to swallow… as do all other Christians. People who are absolutely sure about what God is saying to them can be very dangerous people. These are people who take machine guns into gay night clubs, fly airplanes into buildings, and vote to take women’s rights away. People whose faith is a true faith go about their lives knowing that faith is not knowledge, and that not everybody has it. When we admit this, then our faith must be shared without coërcion or force.

Or sometimes we just look foolish without being all that forceful. I remember when I was in seminary in the 80’s and we had prayer time during chapel and everybody was allowed during a certain period to speak their prayers aloud. Maybe it wasn’t always the same thing, but here’s the way I remember it: There would be a few prayers spoken for suffering friends or family members, but it wouldn’t be long before someone would make a lengthy and very eloquent prayer acknowledging the rightness of the cause of the Sandinistas in Nicaragua or the oppressed peoples of El Salvador or Guatemala. These petitions were invariably followed by equally ardent prayers for the Contras in Nicaragua or the governing régimes of El Salvador or Guatemala which were fighting the atheistic Marxists.

If I learned anything in seminary, it was not to use my prayers to instruct God regarding what God’s politics should be, what armies God should support, or what economic system God should choose for Central America.

And yet, that’s precisely what many churches are all about these days. Central America may not be the hot topic it was thirty years ago, but we have certainly found other regions and other issues to replace it. If religious people spent one tenth the time in worship seeking God’s will that we spend instructing God in what God’s will ought to be, the world would be a much different—and much better—place.

This was a concern in ancient Israel as well. On the one hand, Israel needed to make sure that men or women prophesying in the name of a god who wasn’t God wouldn’t get a hearing. Though this seems like a no-brainer, it was a real problem. When things weren’t going well in Israel there was a real temptation to look elsewhere for the promise of a better day, for a god less demanding, for a god more easily manipulated. But Deuteronomy 18:20 makes it clear that prophets of other gods were not to be given a platform in Israel.

But when their devotion to their God was firm and unquestioned, this left them particularly vulnerable: When somebody spoke in the Name of God, to disregard what that person said made them feel like they lacked devotion to God. So their religion actually empowered some to manipulate the faithful in the Name of God in order to gain wealth. Picture, if you will, a handsome and smooth-talking TV preacher who promises God’s blessings on your life, but you must first demonstrate your faith by sending him money. What happens now certainly happened back then.

But the real danger lay in the use of power. The ruling class (or, later, the king) needed prophets who would make things seem okay when in fact they were not okay. I think the most famous example of this might have been pointed out by the Prophet Jeremiah when he said, “From prophet to priest, everyone deals falsely. They have treated the wound of my people carelessly, saying, ‘Peace, peace,’ when there is no peace” [Jer. 6:13b-14].

So just as we should be somewhat wary of the person who is so sure of God’s will that they would be willing to hurt others in God’s Name, we should also never trust a prophet of God who is too closely aligned with the rich or powerful. The humorous writer Finley Peter Dunne said over a hundred years ago that

The newspaper does everything for us. It runs the police force and the banks, commands the militia, controls the legislature, baptizes the young, marries the foolish, comforts the afflicted, afflicts the comfortable, buries the dead and roasts them afterward. [Spelling adapted]

The church has coöpted part of this saying for itself, and applies it to the preacher or anyone else who speaks in the Name of God. Our task is to comfort the afflicted and to afflict the comfortable. American Christianity—the part of it that identifies too closely with a political party—seems to do the opposite. It afflicts the afflicted and says that the poor and the sick and the stranger are themselves to blame for anything that ails them. And it comforts the comfortable, blessing their amassing of more and more wealth, and excusing their immorality in order to keep them in places of power.

So we’ve come full circle in this sermon. We should be careful of speaking the truth to power because speaking in the Name of God is a serious—even dangerous—thing. The consequences of doing it in bad faith are dire. Deuteronomy says so! But that doesn’t absolve us of our responsibility. We’re not allowed to just stick to our favorite message. We have to go beyond what makes us the most comfortable. When we say things in God’s Name that God wouldn’t say, then we’re speaking in the name of the wrong god. But silence isn’t the answer, because refusing to speak in God’s Name a truth that God—the God of Jesus Christ, the promised prophet—would speak, then we’re still speaking in the name of the wrong god. One is a god of injustice, the other is a god of silence, but neither is the God of Israel, the God of Jesus the promised prophet.

It’s hard being a Christian who believes in the Bible. The Bible somehow demands of us both courage and humility. Let us pray for both, and not just for both, but both courage and humility in the right balance, in the right order. May we take the Name of God seriously enough that we speak up on behalf of God’s people, the brothers and sisters of Jesus. But may we never do so with such arrogance that we profit by being God’s prophets.
—©2018 Sam L. Greening, Jr.