My former church had a Good Friday service of sacred music and readings the eleven years I was there, and I always included among the readings a poem that means a lot to me. Most people probably wouldn’t think of it as religious in nature, but the author of it, J.R.R. Tolkien, was deeply Christian, and the work it came from—the Lord of the Rings trilogy—is filled with religious imagery and metaphors. So to me, this poem is as spiritual as it gets. 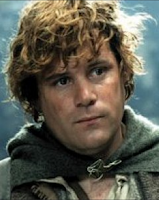 We don’t have a Good Friday service here, so I included this poem at the end of the Maundy Thursday service. And I want to share it again, but this time to give the context:

The characters involved are the hobbits Samwise Gamgee and his employer and best friend, Frodo Baggins. Together, the two are on an impossible quest to rid the world of something unspeakably evil. And as they’re about to enter the heart of darkness, they are attacked by an enemy and it appears that Frodo, the bearer of the evil object, has been killed. And so Sam takes the evil upon himself, leaves his friend for dead, and sets off to destroy it without Frodo.

But he’s unable to do the deed alone, and so he goes back to where he had to leave Frodo, and finds that his body is missing. Overhearing two of the enemy talking, he comes to the realization that Frodo isn’t dead at all, but only appeared to be. But now the enemy has him locked up in an unassailable tower and Sam is but a small hobbit incapable of overpowering such a foe. And so in complete dejection and feeling himself a traitor to the one he loved, Sam sits down and waits for the end.

In western lands beneath the Sun the flowers may rise in Spring,
the trees may bud, the waters run, the merry finches sing.
Or there maybe 'tis cloudless night and swaying beeches bear
the Elven-stars as jewels white amid their branching hair.

Though here at journey's end I lie in darkness buried deep,
beyond all towers strong and high, beyond all mountains steep,
above all shadows rides the Sun and Stars forever dwell:
I will not say the Day is done, nor bid the Stars farewell.

Sam, who has come to the end of his journey and feels as though he’s buried deep in the darkness is many people. But the one person above all I compare him to is Mary Magdalene, who—beside herself with grief for what has happened to the One who meant the most to her—visits the tomb to find his body missing.

But Mary Magdalene and Samwise Gamgee are also all of us when we feel as though we’ve reached the end of our story: We’re buried deep, all meaning is gone, and there’s nothing left to do but mourn the dead. We could envision a God when times were good, when the shadow of doubt was overpowered by the sunshine of joy, when life had meaning. But it’s hard to believe when things are at their worst.

At his lowest, Sam thought he was as good as dead and buried, but, as Australian writer Christine Caine once said, “Sometimes when you're in a dark place you think you've been buried, but you've actually been planted.” And that was actually the message about his death that Jesus had shared before it ever happened.

Very truly, he told us, unless a grain of wheat falls into the earth and dies, it remains just a single grain; but if it dies, it bears much fruit. —John 12:24 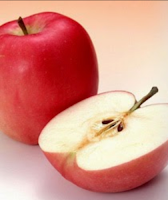 So let’s give some thought to seeds. And, because I just bought some apples at the store yesterday, let’s hone in on apples. What is the highest purpose of an apple? Is it to become part of an apple pie? Now this may well be the hardest thing I’ve ever had to say, because, you see, I gave up carbs for Lent, and today I’m planning on eating my first dessert in nearly seven weeks, but the answer is No. The highest purpose of an apple is not to become part of a delicious apple pie, but to be planted, so that one of its seeds can become new apple tree.

And that’s the hope of Easter—that we know that the difficulties of life are not pointless, but that God’s people can never be buried—only planted. There’s nothing that cannot be overcome—but the victory may not be as we can currently envision it: An acorn won’t envision the magnificent tree it will become, and an unremarkable caterpillar can’t even imagine the beautiful butterfly that it’s destined to be.

Jesus gave us a way to literally internalize this message about his death and resurrection when, on the night before he died, he shared with his closest followers the bread and the wine. And he asked them, each time they gathered together to eat and drink, to remember him: to think about his broken body, to meditate on his lifeblood. Had there been a point to all that had happened? Denying the inevitable is a natural part of the human condition. We sometimes don’t want to face facts, and we’ll go to great lengths to dodge conflict, to avoid something bad. 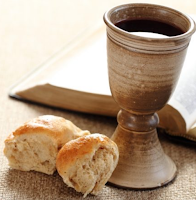 But when we eat the bread and drink the wine, we are standing firm in the face of the worst thing life can throw at us, and we are affirming that, even then, there is not only hope, but the promise of something better and greater and stronger than we can possibly imagine. Though like the Song of Samwise in the Orc Tower we may sing into the void, Though here at journey's end I lie in darkness buried deep. Though with Mary Magdalene at the empty tomb, we may cry out, They have taken away my Lord, and I don’t know where they have laid him. Yet here at this table, we accept the very hope of God, and realize that what lies undiscovered within us is not hope dead and buried, but is our very future, planted and awaiting the rays of earth’s sun to shine upon it, and the Word of God’s Son to call it forth.

So come to the table. No matter who you are, or where you are on life’s journey, you’re welcome here. New life awaits, though perhaps in a form you cannot yet imagine. For unless a grain of wheat falls into the earth and dies, it remains just a single grain; but if it dies, it bears much fruit.
—©2018 Sam L. Greening, Jr.