There once was a man on a witness stand who kept shaking his head No and nodding for yes—responses which the court reporter couldn’t record, of course. And so the judge instructed him quite firmly, “Sir, all your answers must be oral.” So then, when the prosecuting attorney asked him, “Mr. Smith, were you at home the night of the burglary?” He answered, very distinctly, “Oral.”

✑
Speaking of court reporters, one once recorded the following exchange between a defense attorney and a coroner: 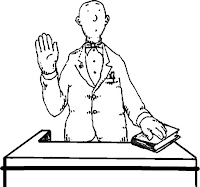 ✑
On another occasion, in a paternity case, one of the lawyers involved asked the mother, “Ma’am, what was the date of conception.”
“October 15, 2015,” she said.
“And what were you doing at that time?” he continued.


“I’ll give you three guesses,” she answered.
✑
When many of us hear the word witnesses, our minds often travel to the courtroom. Hence the witness stand jokes. But here’s another kind: What do you get when you cross a Jehovah’s Witness with an atheist? …Somebody who knocks on your door but has nothing to talk about.
✑
That’s two ways to be a witness. There are many others, but they all have the same basic meaning: somebody who gives testimony to something they’ve seen or heard or experienced in some meaningful way. So we don’t have to be on a witness stand or worship in a Kingdom Hall in order to be witnesses. All of us do it all the time. I know I do it all the time.

Being the pastor, I can actually force people to experience my favorite things. I have a captive audience every week. And in Sharing Table, I’ve even forced one of the best books I’ve read recently on everybody. If you haven’t bought it, I’ve ordered a few more copies…
Speaking of books, another one I’ve finished even more recently: Best book I’ve read in years. You absolutely must read it. Don’t worry—it’s short.
Witnessing about our favorite restaurant or book or movie is one thing. But we have to be a lot more careful when we witness about politics or religion.
Somehow, telling you you must try the sea bass and you must vote a certain way are two very different things. And I think we used to recognize that. But social networking appears to have erased a line that used to exist to keep relationships from dissolving. 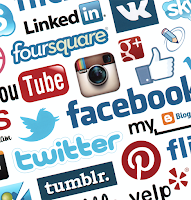 And social networking has erased many, many lines. Mostly because we use it to witness. A lot. Some of it’s fun, some of it’s informative, but sometimes it’s just too much. There’s nothing we won’t share on Facebook or Twitter or Instasnap or whatever. We are witnesses. To everything we do or think, to every ache, pain, or suspicion, to every minor slight, we are witnesses.

I mention all this because of today’s gospel lesson. “Thus it is written,” Jesus said, “that Messiah is to suffer and to rise from the dead on the third day, and that repentance and forgiveness of sins is to be proclaimed in his Name to all nations, beginning from Jerusalem. You are witnesses of these things” [Luke 24:46-48].

Now that’s scary, isn’t it? We’re fine witnessing about the new pill we’ve been prescribed, but can we be witnesses about Jesus? We don’t mind being one of those people about most things, but we certainly don’t want to be one of those people when it comes to our faith.

But the thing is, we can do it. And sometimes we do do it. Not just me up here in the safety of the pulpit. But you, too. I’ve been there when you’ve done it.

First, let’s look a bit more closely at what happened in today’s reading. Two followers of Jesus are telling the other disciples about an encounter they’d had with the risen Christ. And remember, these two followers weren’t exactly what we’d think of as important disciples. One was named Cleopas, and we don’t even know who the other one was. And while they were telling them how Jesus was known to them in the breaking of the bread, Jesus himself appeared in their midst. Just as in John, the risen Christ said, “Peace be with you,” and then his priority appears to be to make sure they know he’s not a ghost. Just as Psalm 34 tells us to “taste and see” God’s goodness, Jesus tells them to “touch and see” his realness. And then he asks for food.

He ends by teaching them from within their tradition that nothing that happened was not part of God’s plan, and then he tells them that they are witnesses.

The story continues, but it’s for another day. Today it’s enough to know three things:

First, that Jesus’ words were not reserved for super-Christians. This didn’t happen to one of the twelve or one of the Marys. This happened to disciples that haven’t gone down in history in any other way. And so I think the message couldn’t be any clearer that what happened to Cleopas and his friend is something any of us can relate to. Strengthened by the meal Christians share with one another, the disciples realize Jesus is among them.

And when he makes himself known to them—and this is the second thing—we are sure that this is not something philosophical, it’s not conjecture, it’s not imaginary, but something that’s part of their reality. This is a major part of the Christian message that we either refuse to acknowledge or forget is even there. The Christian message was never intended to be otherworldly, but part of our everyday reality.

And finally, thing number three, Jesus commissioned those whose reality he’d become part of to be his witnesses, to give testimony to what they’d seen and heard and tasted and felt. Which brings us back to the first thing I just mentioned: These witnesses were some guy named Cleopas and another guy we know only as “the guy who was with Cleopas on the road to Emmaus.”

None of us may even qualify as Cleopas, but surely we can identify with the person who knew someone semi-famous. We also get glimpses of Christ in our midst when we pray, when we meditate, when we read our Bibles, when we gather with other Christians for worship, when we march, when we sing, when we break bread.

When this happens, then we know that Jesus has become part of our reality. There will be plenty of people—usually our own selves among them—who will try to convince us that this is not true, that we just imagined whatever religious experience we’ve had. But sometimes we need to listen to our spirits. Jesus was not a philosophical construct, but a person who entered history and became a part of people’s lives—a part they could relate to as reality.

And I know this seems distant from us, but it’s not. And this is really important. This is where I see people just like Cleopas’s unknown friend sharing about their real experiences—not to complain or brag, but simply to make a difference in others’ lives—and connecting those experiences back to their faith community. And remember, the Christian religion is specifically set up so that the absent Christ becomes truly present when his followers are together. That’s why we call the church the body of Christ—to take our religion out of the theoretical realm and place it smack-dab in the middle of our real lives. 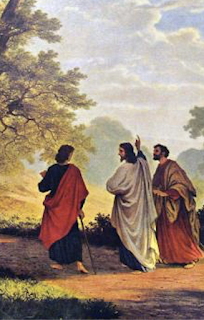 On the day of resurrection, the risen Christ was part of the disciples’ reality. And Christ commissioned them to bear witness to the world about their reality. I have not experienced the same thing Cleopas and friend did, but I have my own real experience of the risen Christ, and I have been commissioned to bear witness to that reality. That experience happens in a variety of settings, but Christ is most real to me when I am with you all, being a member of the body of Christ.

And you, too, have been commissioned to bear witness to the world that Christ is part of your reality. Here the distinction between lay and clergy is completely erased. There is no difference. Whether you have had an experience of Christ directly, or of Christ through the church, the body of Christ, bear witness to the world that Good Friday was not the end, that the body of Christ lives on, and that you are part of that life.

There’s a point to our witnessing, and Jesus makes that clear here in Luke: Sharing how we have been changed is to lead not only to the hope in others that they, too, can change, but also to reconciliation and peace.

As I said before, this wasn’t the end of the Gospel According to Luke. What comes at the last shows us that Christ does not—even in the gospels—keep reappearing physically and eating fish. But it also shows us how Christ stays relevant, how even in his physical absence, he is nonetheless really present. So we can be truest to the gospel not by bearing witness to what Cleopas and that other disciple saw and heard and tasted and felt, but to what we experience. Let’s keep up the conversation, always aware that when we bear witness to how the body of Christ is real to us, we are fulfilling our commissions, too.
—©2018 Sam L. Greening, Jr.