So let’s start out with a little history. It’s never a bad idea to learn about our heritage during the interim, and though I’ve preached a few sermons that talked about UCC history, I really haven’t done as much as I’d planned. So let’s talk a little about the beginnings of the Congregational Way in North America. Specifically, let’s talk about the people who first brought it here: the Mayflower Pilgrims.

The Pilgrims landed at Plymouth Rock in 1620. They were (at least most of them) very devout Christians, so it’s not too much of a stretch for us to assume that they brought Bibles with them on the Mayflower. And since they arrived thirteen years after the publication of the Bible translation authorized by King James, we might naturally assume that that was the Bible they brought with them. But if we stretch things that far, we’d be wrong.


The Pilgrims, believe it or not, wanted nothing to do with that Bible. They were not fond of King James. He was exerting far too much control over the church, and specifically in ways that they felt were contrary to the gospel as they interpreted it. He enforced uniformity of worship over every congregation, and he kept bishops in place over each diocese, when they believed that each congregation was a complete expression of the body of Christ with Jesus himself at its head. We might still argue over whether they were right or wrong, but that’s for another day… or at least for coffee hour. The point is that—to a large extent because of King James himself—the Pilgrims went beyond the Puritans who wanted to purify the Church of England: They wanted to separate from it completely. Which is why they’d been living not in England at all, but in Holland, where they'd fled to avoid imprisonment or execution.

In the early 1600’s, King James acknowledged the need for a better translation of the Bible than the one that was by then sixty years old. (This was the so-called Great Bible, authorized by Henry VIII in 1539.) And there was a better version: It was translated by English-speaking refugees in the city of Geneva late in 1560, and was therefore called the Geneva Bible. But King James didn’t like the theology out of Geneva, and didn’t trust the footnotes that the Geneva Bible included to help people understand the meaning of the scriptures. And so he authorized a new translation, published by scholars he approved of. But the Pilgrims still used the Geneva Bible—specifically an edition of it published around 1580 that included this interesting translation of Genesis 3:7— 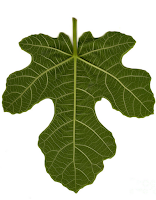 Then the eyes of them both were opened, and they knew that they were naked, and they sewed fig tree leaves together, and made themselves breeches.

And that’s the reason the Pilgrims’ Bible was popularly called the Breeches Bible.

The Geneva Bible really was a good translation, however. Probably a bit better than the King James. And I enjoy reading it in my personal devotions from time to time. And it was in my own morning devotions that I found something very interesting just the other day.

As I’ve told you before, I base my devotions on the psalms, and I’ve divided the entire psalter into 365 portions—one for each day of the year. (My “Reformed” calendar, by the way, begins in early March, not on January 1.) And my daily psalm this past Monday included the 2nd verse of the 26th Psalm:

Prove me, O Lord, and try me; test my heart and mind.

When I looked that up in the Geneva Bible, it looked a bit different:

Prove me, O Lord, and try me: examine my reins, and mine heart.

And I thought, Wow. Now this is interesting. What the NRSV translates as "test my heart and mind," the old Geneva Bible rendered "examine my r-e-i-n-s and mine heart." And my native tongue took the reins and my mind raced off in the direction the English language seemed to want to take me. 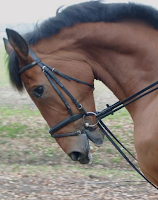 Now, I live in the 21st century, so it's not part of my everyday experience; but I would imagine that testing the reins is especially important when traveling by horse and buggy. Testing the reins would help guarantee that I could get where I'm going in one piece—it would ensure that my horse was properly hooked up to my carriage, and that I would be able to direct the horse once we were underway.

So, I thought, when I ask God to "examine my reins," I might be asking that my connection be checked: Am I living in God's presence or outside God's presence? Is there healthy communication from my end, or am I disregarding the will of God in my workaday life?

And I'm also asking if I'm taking direction properly. Am I studying the word of God and other things that are edifying? Am I allowing for holy silence, inviting God not just into my thoughts, but into my whole thinking process? This all made for a very productive morning prayer.

And then, as an afterthought, really (because reading Hebrew is difficult for me, I admit), I wondered which translation—the modern NRSV or the old Geneva Bible—was truer to the Hebrew. They seemed on the surface to be completely different, after all: heart and mind vs reins and heart; two bodily organs vs a bodily organ and something to do with old-fashioned transportation. And imagine my surprise when I learned something completely unexpected. Namely, that the Hebrew used the words “Refine my kidneys and my heart.” I’ve heard of how which bodily organ acts as the seat of emotions varies from culture to culture. But I’m so entrenched in my own culture that I really can’t imagine that emotions are controlled by anything other than heart and mind. But here was a stark reminder that in Hebrew, the kidneys were synonymous with the inner being.

Psalm 26:2 isn’t the only place where we see this. It’s found throughout the Hebrew Bible, including this morning’s first reading from Proverbs, two of the verses of which would be literally translated this way:

My son, if your heart is wise, my own heart will be glad. My kidneys will rejoice when your lips say righteous things.

So here, the NRSV has translated kidneys as soul, but the Geneva Bible, once again, refused to change horses in the middle of the stream, and stuck to its odd translation: My reins shall rejoice.

And it’s at this point that I decided I was missing something important, and I began to think about the relationship between kidneys and reins. And something occurred to me that’s probably already occurred to each of you: One of the words that’s related to kidneys in our language is renal. And when I actually looked up the word reins, I discovered that it wasn’t only a strap that connected rider to horse, but it was also an archaic word for—you guessed it already—kidneys. I thought the Geneva Bible was taking liberties with the Hebrew. But, no, it was translating the word for kidney quite literally. We’ve just forgotten that old word for kidney.

The Bible tells us, of course, that all things work together for good for those who love God, who are called according to God’s purpose [Rom. 8:28]. And I’m glad my misperceptions led me to think about how I should test my connection to God and how I might better receive communication from God and be guided by the Word of God. But, in the end, I was basing my morning devotions on a mistake.

The Imperfection of Language

So maybe it’s no less important that this accidental foray into the equestrian world also reminded me not only of my own imperfection, but of the imperfection of human language—of our inability to describe God or to explain the human soul. Anything I say about God or about my own soul is metaphor. An atheist might therefore tell me to shut up about it. But I cannot. Some might say I believe it in my heart while others might tell me it’s deep in my bones, but regardless, somewhere inside me dwells a faith that there is an indescribable soul, that there is an even more indescribable Divine, and that the relationship between the two—between me and God—though not an exact science, is nonetheless important, and that it needs to be studied and meditated upon and, yes, even talked about.

But when we talk about God in church—when we preach or pray or sing—the language we use is peculiar to us. It’s important that we use it. But it’s also important that we not force it on others. My reins might connect me to a horse and yours might be your kidneys. It all depends on when and where you learned the word. There’s something to be valued in either meaning, however, and so listening becomes as important as speaking. 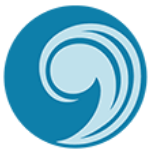 Which brings us full circle. The Pilgrims and the Puritans who settled New England didn’t recite creeds or believe that prayers should be uniform from church to church, because they acknowledged something that has been important in the UCC ever since: We don’t believe in tests of faith, but of testimonies. I may have learned about the faith from the generations that preceded me, but my faith is and must be my own. My relationship to God is unique and my way of being a Christian is going to be different from those around me.

I’ll close with something that I hope we all place at the core of our faith, and that has come to us in a continuous arc of learning and understanding from that old Breeches Bible to the 21st century. And I say this to each and every one of you: No matter who you are or where you are on life’s journey, Jesus loves you, and you’re welcome here.
—©2018 Sam L. Greening, Jr.