I really love dogs, and if you were to listen to what I talk most about, you might assume that dogs are my favorite animal. Well, certainly my dog is my favorite animal, but the animal I like best in theory is the camel. I don’t know why. I’ve just always liked camels. The camel doesn’t best represent me, however. Nor does the dog, for that matter. At least as far as my preaching goes, I think I would best

be characterized as a crab. Maybe I seem a bit crabby in my sermons—I don’t know—but mainly that’s because I always seem to get to the point, not head-on like most preachers, but sideways.

And today’s a good example of what I’m talking about. I have something I want to say, but I want us to get there not by moving right into the subject at hand, but by coming at it from a rather odd angle. I want to start out in Hollywood by talking about two movies. They’re both Christian in nature, but they couldn’t be more different in their treatment of religion.

The first one is a Mel Gibson movie, The Passion of the Christ.
This movie created a great deal of discussion when it was released almost 15 years ago. I wasn’t inclined to be a big fan, but I was being asked about it quite a bit, so I decided that I wouldn’t approve or disapprove without at least seeing it. 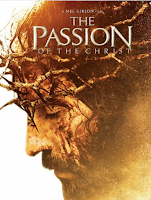 So I went to a matinee one afternoon. I was living in Germany at the time, and Germans tend to be quite a bit less extremist in their religious views than Americans, so the theater was practically empty. Not knowing exactly what I was in for, I foolishly bought popcorn and a coke on my way in.

I found the movie grotesque. Though the blood and gore of the movie disturbed me, I also found it disturbing how there was nothing in the movie of who Jesus was, how he lived his life, or what it was that he taught. I couldn’t understand how anybody got anything about of it. But certainly lots of people did. Conservatives in particular seemed quite moved by it. I even remember news stories of how some large churches rented out entire cinemas to go see it together, some even celebrating the Lord’s Supper right there in the theater during the closing credits.

On the flipside of The Passion of the Christ was a film that also dealt with the crucifixion, and it was probably even more wildly popular—this time with a more liberal or secular crowd. The movie I’m talking about is The Da Vinci Code, based on a popular novel by Dan Brown. It was released about two years after Mel Gibson’s movie, and, once again, I went to see it—probably more because I’d read the book than because I was going to be called on to pontificate about it. By this time, I was living in San Diego, and the theater was packed to the rafters. As far as I know, nobody was there to take communion when it ended.

Indeed, some of the same people who endorsed The Passion of the Christ were condemning The Da Vinci Code. It was a film that encouraged people who identified with Christianity (though not necessarily closely) to see the story of Jesus in a whole new light. Its goal seemed to be to create a new tradition out of the story of the gospel by emphasizing certain non-biblical sources and ignoring or even criticizing scripture, tradition, and the organized church.

What both movies had in common was a single theme. I’m not just talking about Jesus himself here, but specifically his blood. The Passion of the Christ was about the blood atonement—the notion that it was the blood shed on the cross that is our salvation. The Da Vinci Code was also about the blood of Christ. At at first to believe that the Holy Grail—that receptacle that received the blood and was rumored still to exist somewhere in the world—was an actual chalice of some sort. But in the end we found out that it was not a drop of Jesus’ blood in a cup, but Jesus’ actual bloodline that was the Holy Grail. This meant that Christ and Mary Magdalene got married and had children, and that these children had children, and so for and so on, and that in at least one human being walking the face of the earth today, the blood of Jesus is still with us.

Though both these movies were about the blood of Christ, neither one of them appealed to me. One was narrowly traditional, and the other was too unorthodox. The tradition is great, but its cruelty is sometimes exaggerated. That’s what I saw in The Passion of the Christ. And as far as The Da Vinci Code goes, the notion that Christ has a biological family that is to be revered is a slap in the face to everything else that he stood for.

So let’s look at how the metaphor of the blood operates in these two movies, and see if we can’t find another metaphor that might fit us better.

First of all, there’s the traditional Christian view that Christ’s blood is a sacrifice, the key component in God’s plan for our salvation. This was clearly the point of The Passion of the Christ.

The other metaphor of the blood of Christ—the one we saw in The Da Vinci Code—is that it is the key component of a family tree. The concept of the bloodline is debated throughout the Bible. Some parts want ethnic purity—we can see this most clearly in Ezra and Nehemiah, I think. And others argue against ethnic purity—check out the Book of Ruth, and 1 & 2 Chronicles. The argument over whether people can become Christian or not before they’ve become Jewish is also prominent in parts of the New Testament. But the notion that Christ’s biological family tree is still important is an understanding of Christ’s blood that’s just ignorant of metaphor. 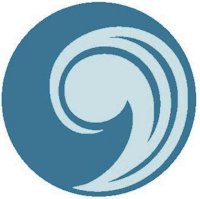 We in the United Church of Christ relate to both of these metaphors in an interesting way. We acknowledge the sacrificial nature of Christ’s blood. But I think most UCC pastors and members would not demand that we view it as God’s plan. More like our own human failure to accept Christ’s teachings. Yes, his death was a sacrifice. Yes, it was the last sacrifice that ever needed to be made. But it was our demand for blood, not God’s, that raised the cross. To be a Christian is to acknowledge that we are wrongdoers, and to seek forgiveness from the One who forgave his killers as he died. Thus, the blood is indeed the main component in God’s grace.

And there is a family tree element to the blood of Christ. But it’s not a biological bloodline, but an opening up of the family of God to all people. To be a Christian is to acknowledge Christ’s family and to want to be part of it. If there’s a holy grail, it is found not in a genetic descendant of Jesus, but in the body of Christ, that is, the church. And in the UCC, we believe that the church is expressed in gatherings of people like this. The body of Christ finds full expression in the congregation, and Jesus Christ is the head of every church.

This, I think, is how we might best understand Paul’s words in today’s epistle reading:

But we have this treasure in clay jars, so that it may be made clear that this extraordinary power belongs to God and does not come from us.  —2 Cor. 4:7 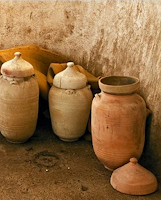 We are the clay jars, the earthen vessels, that hold a treasure. We are the holy grail that contains the blood of Christ. We are the recipients of his forgiving love. And we are the family that makes that love known in the world. To be a Christian is to explore both the tradition as we find it in the scriptures, and the community which we find here. And by here, I don’t mean this building. Our church building is a wonderful tool we’ve been given to help us—we gather here to reach within for teaching and learning, praying and forgiving. We open it up to our community to help others receive community support and reach new understandings. But for all that, it’s just a building. When we find community here, the “here” is the people. We are the house. We are the earthen vessel. Christ is the treasure.

So let us renew our belief that the One who died on the cross has opened up to us a new understanding of forgiveness. The blood shed there was the last sacrifice, regardless of who planned it. And let us also give some thought to something I firmly believe: It is impossible that Christ died for anyone who is not, in the end, saved.

At the same time, let us renew our faith that a new family was created on Calvary. Just as Jesus declared from the cross that the disciple whom he loved was his mother’s son [John 19:26-27], so we who love Christ are sisters and brothers according to his blood.

So let us listen to one another’s stories of grace, and share with one another what it means to be family. This is how we will be strengthened to tell our story to the world, and invite the world into the family of God.
—©2018 Sam L. Greening, Jr.