A Tale of Two Multitudes 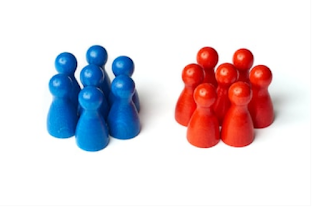 Do not deliver the soul of your dove to the wild animals; do not forget the life of your poor forever.
▫︎ Ps 74:19
▫︎
The Hebrew of Psalm 74:19 is practically beyond my abilities. The word חַיַּת (it sounds sort of like the English word heat, but pronounce the h gutterally) occurs twice in it, and is interpreted to mean two very different things. It is a thing that in this single verse appears to oppose itself:
▫︎
Do not deliver the soul of your dove to the חַיַּת, do not forever forget the חַיַּת of your poor.▫︎
▫︎
There appear to be three meanings to the word חַיַּת: life, multitude, and beast. and the NRSV above has ignored the possibility of multitude in both clauses. But here's an instance where I think the Authorized (King James) Version actually gets it (almost) right:
▫︎
O deliver not the soul of thy turtledove unto the multitude of the wicked: forget not the congregation of thy poor for ever.
▫︎
Notice that it allows the basic meaning of the word to stay the same: a large group. But it's basically a tale of two multitudes: There's the group that preys on the vulnerable, and there's another group of the vulnerable. The KJV takes liberties by adding "of the wicked" here, because the wickedness of the multitude in the Hebrew is only implied. Apparently an unmodified חַיַּת is assumed to be dangerous. And if it's a חַיַּת of God's people, that must be specified ("of thy poor" is indeed found in the Hebrew).▫And so I am given a choice here of which multitude I want to belong to: the raw multitude, not identifying with God, or the one that is defined as being those whose only portion is God. It's not as clear cut as it seems, for even now in the United States, we are witnessing a huge multitude of those who claim to be Gods multitude attacking and oppressing others in the very Name of God. So does God identify with those who are raping the earth and attacking the vulnerable, or with the group that is being attacked or falling victim to environmental disaster?
▫︎
When the saints go marching in, Lord, O how I'd love to be in that number, and not the number of those who reviled and opposed them. In Jesus' Name, I pray as he taught me...