The Brewing of Soma 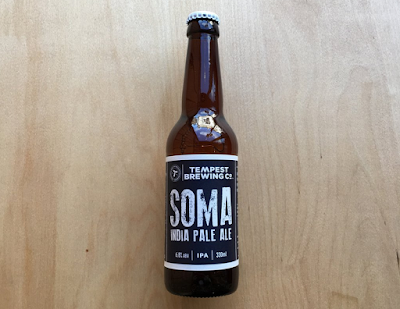 Yesterday's prayer was one for revival, since that's what the sixth verse of this psalm called for. And the eighth verse puts that into context. I picture revivals to be rather raucous occasions of manipulative preaching and spirited singing, the point being to whip people into an emotional frenzy. But if Psalm 85 is any indication, biblical revival seems almost the opposite of that—

Let me hear what God the Lord will speak, for he will speak peace to his people, to his faithful, to those who turn to him in their hearts.
✙ Ps 85:8-9 ✙
This context of attentiveness and peace is actually the story behind a John Greenleaf Whittier poem that we sing as a hymn. Dear Lord and Father of Mankind* is actually just a small part of a 17-verse poem called The Brewing of Soma, which describes the concocting of an hallucinogenic drink of the Vedic religion intended to create strange and wild sensations among priests and people. Whittier felt that this religious act was similar to Christian gatherings of his day, and did not reflect the religion of Jesus.

Psalm 85 characterizes religious revival as listening for the peace, not the excitement, of God, and instructs me not to look for God in the outer trappings of religion, but in my heart. Hear are the final six verses of Whittier's poem, which well represent Psalm 85:8-9.
✙
Dear God, Creator good and kind,
forgive our foolish ways;
reclothe us in our rightful mind,
in purer lives thy service find,
in deeper reverence, praise.

In simple trust like theirs who heard,
beside the Syrian sea,
the gracious calling of the Lord,
let us, like them, without a word,
rise up and follow thee.

O Sabbath rest by Galilee,
O calm of hills above,
where Jesus knelt to share with thee
the silence of eternity,
interpreted by love!

With that deep hush subduing all
our words and works that drown
the tender whisper of thy call,
as noiseless let thy blessing fall
as fell thy manna down.

Drop thy still dews of quietness,
till all our strivings cease;
take from our souls the strain and stress,
and let our ordered lives confess
the beauty of thy peace.

Breathe through the heats of our desire
thy coolness and thy balm;
let sense be dumb, let flesh retire;
speak through the earthquake, wind, and fire,
O still, small voice of calm.
✙ John Greenleaf Whittier

*In the new Presbyterian Hymnal (Glory to God), the title Dear God, Creator Good and Kind is suggested, which I very much prefer to either Whittier's original or the UCC's awkward Dear God, Embracing Humankind. The above video is from England, where this hymn is probably more popular than in the U.S., though set to a different tune.