I want their hearts to be encouraged and united in love, so that they may have all the riches of assured understanding and have the knowledge of God’s mystery, that is, Christ himself, in whom are hidden all the treasures of wisdom and knowledge.
—Col. 2:2-3

I think the most underappreciated strain or Christianity that entered the United Church of Christ when it was formed in 1957 is the one that was called the Christian Connection. I talked a lot about unity when I spoke last week about the Evangelical Synod. But the Christian Connection’s commitment to unity actually predates it. This group actually got its start in the late 1700’s when a group of Virginia Methodists left the newly organized Methodist Episcopal Church because they felt that Christians in a young democracy should govern their churches democratically. At first they called themselves Republican Methodists, but soon decided that they no longer had an appetite for such labels, and simply called their movement Christian. In 1820, this idea was actually “set in stone,” as it were, in the six simple principles of this movement, the second of which was that ‘Christian’ is a sufficient name for the church.

No longer would pastors be appointed by bishops, because it was acknowledged that the Lord Jesus Christ is the only head of the church. This became the first principle of the movement. 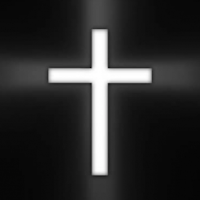 Something quite similar happened in Vermont, where some Baptists formed themselves into the First Free Christian Church, and they adopted a stance that later became the fourth principle of the Christian Connection, namely that no longer would a statement of faith be required of people who felt called to belong, but rather that Christian character is the sufficient test of fellowship and of church membership.

Movements such as these two sprang up almost simultaneously in other parts the new country. And among the many things they had in common: none of them looked to the Apostles’ or Nicene Creed, or to the Westminster Confession of Faith, or to the Heidelberg Catechism or Luther’s Small Catechism that had so long been adhered to by the old denominations. Instead they all said something similar to the third principle of the Christian churches, namely that the Holy Bible is a sufficient rule of faith and practice.

I say that the Christian churches were the most underappreciated because they have arguably had the greatest influence what is today the United Church of Christ. They have long sought out unions with other like-minded Christians, one of which occurred in 1931 when they joined together with the Congregationalists to form the Congregational Christian Churches. The next union came about in 1957 when this young denomination united with the even younger Evangelical and Reformed Church to create the United Church of Christ—a name which is consistent with the Christian principle regarding what the name of a Christian church ought to be. But the new church was even more consistent with the sixth principle, that the purpose of this church will be consummated in the reformation of the world and the union of all Christians, for we have since our beginnings been known as a church that stresses social justice and Christian unity.

The fifth principle, that the right of private judgment and liberty of conscience is a right and a privilege that should be accorded to and exercised by all, has been joined to our notion that only Jesus Christ is the head of each congregation, to allow for a great deal of freedom in the way churches have adhered to the Bible as a sufficient rule of faith and practice. Since no denominational hierarchy can impose itself over a congregation, this denomination has moved forward on a number of issues not on a national level, but with local churches leading the charge.

There are other movements similar to our Christian churches. Some of them were formed on the American frontier, and though they went in slightly different directions, they have nonetheless remained close to the Christians and now to the UCC. One of these groups is the Christian Church (Disciples of Christ). Though they and we are not part of the same denomination, we are in full communion. Many UCC pastors serve Disciples congregations and vice versa. And we minister to the world through a single missions organization—called Global Ministries. One of the practices that differentiates them from most of our churches is their commitment to sharing the Lord’s Supper every time they meet in worship. Another group of churches practicing weekly communion are the Metropolitan Community Churches, and a former congregation of the MCC—one that still serves communion every time they meet—is Huntsville’s Spirit of the Cross church. As we gather around the Lord’s Table today, let us give thanks for them and keep them in prayer as they prepare to vote this afternoon on whether or not to affiliate with the United Church of Christ.

But it’s not just other congregations of the United Church of Christ, or churches who recognize us, but all Christians that we are in communion with this morning. For the table you see here is long enough to encircle the globe, and timeless enough to include all who came before, all who now believe, and all who will come to faith in ages hence.

So come to the table: You who have much faith and you who struggle with belief; you who come here often, and you who have not been here in a long time; you who feel included, and you who still search for inclusion. It is Christ’s will that you meet him here, and it is not by my invitation, but by his, that you have been brought here this morning.
—©2018 Sam L. Greening, Jr.