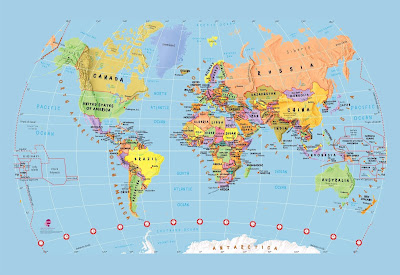 When the psalmist calls on all the earth to sing to the Lord, I have to remind myself that that's not what the Hebrew really says. The Lord isn't some vague god that might or might not exist and have power over all people. The Hebrew specifies that The Lord is none other than יהוה—Israel's God, whose Name can be spelled but not pronounced—who is named twice in Psalm 96:1.

Since The Lord was not praised beyond the borders of the land where Israel dwelt, Calvin points out that this psalm must refer to "the kingdom of Christ," since "other nations were at that time necessarily altogether incapacitated for any such exercise" as praising a God they'd never heard of.  This psalm is much more of a promise than it seems on the surface: all the earth is still being invited to join in.

And I think that's what makes this song of praise forever new, for voices are constantly being added to it, changing it and enriching it. Each time a new child of God joins in, the song—though in content the same—becomes something it was not. It becomes new, for it has been renewed by somebody who wasn't singing it before.

I thank you, Lord, that you renew the earth by breathing your Spirit into all who live, and by teaching us to sing to you a song we did not know until now; in Jesus' Name, who taught me to pray...