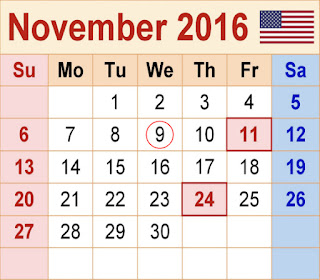 I am haunted by an email I received on November 9, 2016. It was from a concern which describes itself as a "comprehensive online theological library comprised of Reformed Christian resources designed to bring glory to Jesus Christ alone." I had always enjoyed receiving their updates, and sometimes used the links they provided to buy books. But on November 9, I received an email not talking about books or theology, but quoting the opening verses of the 98th Psalm. Had they been in the habit of sending me daily Bible verses or readings from the psalter, I might not have been upset. But since this was the only time they had sent such a missive, I was forced to interpret it in the light of recent events—most notably the results of a presidential election. The message was clear: Not only had their candidate won, but his victory was—in their eyes at least—God's victory.


I have made it no secret that I disagree with this view. But I feel compelled to say here that I would also have been repulsed had I received a similar email after the victory of any other candidate—even one for whom I had voted. God can be, and indeed is, at work in the political sphere. But this does not give Christians license to identify one party's platform as the will of God, while decrying another party's platform as the work of the satan. This is particularly true when the presidential nominee of the first party has bragged about sexual assault, has refused to pay those who contracted to work for him, is intent on denying access to healthcare to millions, and labels minorities as criminals while promising to expel them from the country. Even if a Christian voted for such a candidate, I would advise him or her from using the following words of scripture to celebrate:


O sing to the Lord a new song, for he has done marvelous things. His right hand and his holy arm have gotten him victory.
The Lord has made known his victory; he has revealed his vindication in the sight of the nations.
He has remembered his steadfast love and faithfulness to the house of Israel. All the ends of the earth have seen the victory of our God.
✙ Ps 98:1-3


Can I really identify God's victory with anyone who unabashedly proclaims a message of America First? Is my vindication as a white male really the vindication of the Creator of the universe? My people need not just more scriptural knowledge of what Christianity is, but even a healthy dose of self-awareness.

Forgive me, Lord, when I identify your agenda as mine, and imagine that your will is done in all things that please me. Help me to look beyond my own opinions to see how you are truly at work in the world, and in all things, may my love for you be a force of reconciliation with my neighbors—not only those in my family, on my block, or in my pews, but especially those who speak other languages and who might live far away. I pray this in the Name of the One who risked outreach beyond his own people, and who, before he was executed by the state, taught me to pray...