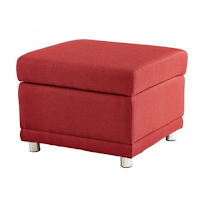 When King David centralized political power, he also consolidated religious practice, making Jerusalem the seat of all sacrifice. The One God was no longer to be approached on whatever high place an individual chose, but only in the tabernacle (tent of meeting), which had found a home on Mount Zion. After David's death, his son Solomon built a permanent temple, which was said to be God's dwelling place on earth.

When humans designate some places as holier than others, there suddenly exists a grave danger of idolatry. Holy shrines naturally require special treatment. And once I begin to treat a place as special, then I quickly begin to imagine that that place's holiness is an end unto itself, forgetting what it was said to represent in the first place.

Here in the middle of Psalm 99, though, we have a beautiful way of expressing the sacredness of Mount Zion (or the tabernacle, or the temple) that does not detract from the holiness of God. This holy place is unique in all the earth as the place where the One God dwells. And yet it is called God's footstool,

and for the use of this metaphor, there is the best of all reasons. For God desired to dwell in the midst of his people in such a manner, as not only to direct their thoughts to the outward temple and to the ark of the covenant, but rather to elevate them to things above.

Thus I am reminded that there is nothing on earth that represents more than a tiny portion of the Divine. When I think I have found some thing or some place that is holy, if it does not draw my attention beyond itself to the One who created it, it is to be avoided.

You alone are the Holy One, O God, and you alone are Sovereign of my life. Lead me beyond that which I perceive as sacred to see you behind, above, and beyond all that inspires me; in the Name of the One who taught me to pray...