A Kind, Generous, and Loving Neighbor 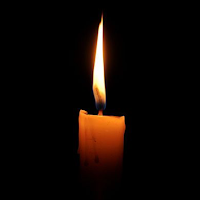 A pastor giving a children's sermon once showed the kids a picture of a puppy. "What is this?" he asked.

"Jesus!" shouted one of the kids immediately.

"Why did you say this dog was Jesus?" asked the pastor, genuinely confused..

"Because the answer always winds up being Jesus," she said. And the pastor realized it was true. Though it was, in fact, a picture of a dog, eventually the message was going to wind up being about Jesus.

This is what a lot of us do when we read verses of scripture that refer to a human being as he. We assume that he refers to God unless otherwise specified. Here's an example from the venerable Geneva Bible:

Unto the righteous ariseth light in darkness: he is merciful and full of compassion and righteous.
✙ Ps. 112:4 ✙

But more contemporary translations use the more generic pronoun they, which doesn't specify whether the upright are male or female (for indeed it could be either or both):


They rise in the darkness as a light for the upright; they are gracious, merciful, and righteous.
✙ Ps. 112:4 ✙

We know that it's a human being who is a light in the darkness, because Psalm 112 is about the person who fears God. At no other point in this chapter is God the subject of a sentence. So it's impossible to suddenly insert God here as the subject. Since God is not specifically named in verse 4, we have to assume that the subject remains constant: The one who fears God.

The point here, then, is that those who are upright and who see things the way they ought to be are themselves light. They are also gracious, merciful, and righteous. And so putting this in the context of the entire psalm, the healthy fear of God that I talked about yesterday produces anything but a cringing, fearful disciple, but rather a kind, generous, and loving neighbor—one who shines as an example in a fear-benighted world.

May my love for you shine as a beacon to others, Lord, guiding them to a safe neighborhood ruled by mutuality and not fear. In the Name of him who taught me to pray...