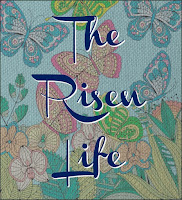 As the two thousand eighteenth year of our Lord comes to a close, it’s time once again to take stock of who we are, how we treat each other, and what our relationship with God is like. And the perfect scripture for us to look at on the last Sunday of the year is the third chapter of the Letter to the Colossians, because it talks about what life should be like for a person who thinks of themselves—or strives to be—a Christian. If Paul had given the different sections of his letters titles (he didn’t), this chapter would probably be entitled The Risen Life. Paul’s overall point is that those who believe in Christ experience what Christ experienced. Just as Christ died, so we are called on to put to death those things in our life which bring us down, such as worshiping things that are not God, being unfaithful in our relationships, and being too materialistic. That’s the negative part. The flip side is that if we believe that Christ was raised from the dead, then we, too, are raised above the destructive aspects of our old lives.

Today’s reading is, to me, the most beautiful part of this chapter, and it’s also the most helpful for us as we think about the new year. Paul even uses the perfect Christmas metaphor (though he himself never mentioned Christmas): Many of us received at least one article of clothing as a Christmas gift. And some of us may not have had a chance yet to wear that new sweater or that new pair of shoes out in public yet. And that’s what Paul seems to be inviting us to picture here. The risen life is a gift, and it’s there for all who have faith. But many of us have left it in the box under the tree. It’s pretty to look at, but we haven’t tried it on for size.

And so Paul says to the Colossians, “God loves you and has chosen you. And God has given you gifts that you haven’t tried on yet—gifts that will help you live the kind of life that Christ lived—gifts that will help you be kind to each other, to be humble when the world around you seems to reward only the proud, and to bear with one another, even when you’re not at your best.” Just as Jesus often did, Paul makes forgiveness the keystone of relationships in the church. But he saves the best for last: “All these things I’ve mentioned,” he goes on to say, “are nice to wear, but it’s not until you put on love that your outfit will really come together.” 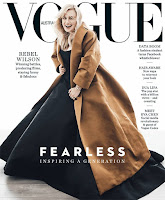 So I guess imagining a fashion show is how we should take stock of 2018. As we look back, does what we clothed ourselves in belong in an issue of Vogue? Or might we belong on What Not to Wear? Did we wear the garments God gave us when he lifted us up from the mud, or were we weighed down with ugly, clunky clothes?

To move away from the clothing metaphor for a minute, was I the kind of person that I would want to be around? Or was I the kind of person I’d rather avoid? Just as food can be toxic or wholesome, so can people. We all know what it’s like to be around toxic individuals, but we also know that there are people who bring healing into our lives—usually doled out in doses of compassion and laughter and encouragement.

Of course, sometimes it’s not we ourselves, but our environment that’s weighing us down. When we live in an unjust society, then I think Paul’s directions to “teach and admonish one another in wisdom” come into play. It should be impossible for a Christian to view abuse, injustice, or oppression and not speak up. And so only saying positive things isn’t really our goal. If the 2018 we see behind us includes a little righteous anger, we still might be living the risen life of Christ. After all, Jesus himself cleansed the temple and called out hypocrites.

receiving end of whatever it is we dished out. But let us also pray to see the times when we did put on kindness and patience and love—because there’s no more effective rôle model than our own selves when we develop healthy habits.

Just as important as taking stock of the year that’s past, however, is stepping into the new year. We make a big deal out of the fact that it takes the earth 365 days, 5 hours, 48 minutes, and 45 seconds to make its circuit around the sun. At some point in the past, a calendar was invented, and we began to imagine that this orbit ends on December 31 and begins on January 1. And so let’s plan our wardrobe, because tomorrow is New Year’s Eve. There’s no need to buy anything new. The most beautiful clothes were made by the One who was born on Christmas Day, paid for on the cross, and given to us as a gift on the day of his rising. They’re precious, but they’re not intended to be our Sunday best. They’re intended for every day. And if they seem stiff or ill-fitting at first, that’s only because we haven’t gotten used to them yet. The more we clothe ourselves in them, the more comfortable they’ll become. And don’t worry—they’ll never wear out.

I want to close by sharing with you Paul’s words one more time. But this time, I’ll use the paraphrase of Eugene Peterson, a wonderful pastor who transferred his membership from the church militant to the church triumphant in 2018:

So, chosen by God for this new life of love, dress in the wardrobe God picked out for you: compassion, kindness, humility, quiet strength, discipline. Be even-tempered, content with second place, quick to forgive an offense. Forgive as quickly and completely as the Master forgave you. And regardless of what else you put on, wear love. It’s your basic, all-purpose garment. Never be without it.

Let the peace of Christ keep you in tune with each other, in step with each other. None of this going off and doing your own thing. And cultivate thankfulness. Let the Word of Christ—the Message—have the run of the house. Give it plenty of room in your lives. Instruct and direct one another using good common sense. And sing, sing your hearts out to God! Let every detail in your lives—words, actions, whatever—be done in the name of the Master, Jesus, thanking God the Father every step of the way.*