A Well of Goodness and Joy 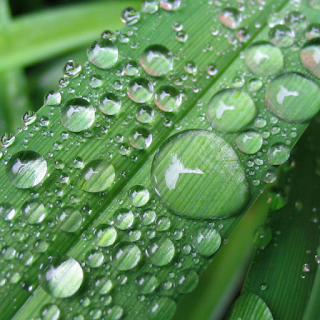 How very good and pleasant it is when kindred live together in unity!
It is like the precious oil on the head, running down upon the beard, on the beard of Aaron, running down over the collar of his robes.
It is like the dew of Hermon, which falls on the mountains of Zion. For there the Lord ordained his blessing, life forevermore.
✙ Ps. 133 ✙

Even in the Bible, the norm was for people to dwell a little apart. Much is made of this need in several places, such as the separation of Abraham and Lot. Even more famous was the separation of Jacob and his uncle, Laban, for they set up a remembrance of that separation (a heap of stones) with these words, 'The Lord watch between me and thee, when we are absent one from another.' Because this stack of stones was a metaphorical watchtower, it was called mizpah (מִצְפָּה is the Hebrew word for a lookout). When there was not a separation, the result was seldom either good or pleasant, for when Jacob's sons stayed together, they united in hatred of their little brother Joseph and sold him into slavery. The need for separation, therefore, is obviously a result of the fall from grace.

The kindred (lit. brothers) being spoken of in Psalm 133 are not necessarily close biologically. They are a nation, a large group only distantly related to one another—sometimes not related at all. It was an unusual state of affairs, then, when they were truly of one heart and mind. But when it happened (definitely not the biblical norm), how good and pleasant it was! The language used to describe it is that of anointing—God's choicest blessing and approval—so it is definitely grace.

If separation (even peaceful separation) is part and parcel of the human condition, then the church is the place where God delivers us from this biological or psychological imperative into a broad place of divine unity. It's interesting to see over the generations how humans have tried to create this union through our own action. I can think of five ways this is attempted on the part of Christians:
And yet the Bible describes God's intention in natural terms of pure gentleness: God's anointing is like unto the soft dew which falls on the mountains.

In our fallen state, it's difficult for us to picture when the unity we experience is purely of God's doing. And since we can't visualize the real thing, our attempts at it—as well intentioned as they usually are—are but poor imitations. But we do feel it, and we know when it's present. I think the best way for us to try to replicate it, therefore, is not in creating self-serving frenzy or condemnation, or by-the-book liturgy, or strict doctrinal statements, or (God forbid!) warfare, but in service to others. As Charles Spurgeon once said, "A church united for years in earnest service of the Lord is a well of goodness and joy to all those who dwell round about it."


Thank you, Lord, for the unity of the Spirit. Forgive my attempts to mimic what you only you can do, and help me appreciate the opportunities you give me and my sisters and brothers to reach out to others as a church united in loving service. In the Name of Jesus Christ, who taught me to pray...