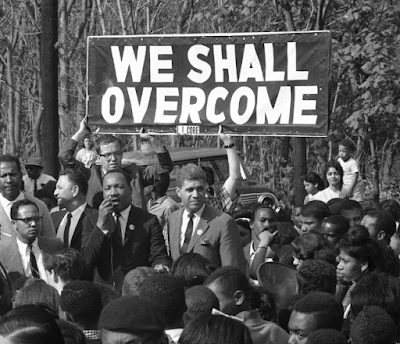 Princes persecute me without cause, but my heart stands in awe of your words.
✙ Ps. 119:161 ✙

There is something particularly disturbing when a ruler of a vast nation targets the weakest among us for blame and persecution. John Calvin, who had himself been driven into exile because of his faith, had a special insight into this:


Here the Psalmist, informs us that sore and grievous as his temptation had been, he was restrained by the fear of God from desiring to attempt anything unworthy of the character of a godly man. We are prone to fall into despair when princes who are armed with power to overwhelm us are hostile to and molest us. The evil is also aggravated from the consideration that it is the very persons who ought to be as bucklers to defend us, who employ their strength in hurting us.

Calvin's solution is not insurrection, however, nor is it the psalmist's. Just as we are not to put our trust in the princes with whom we agree, we are also not to fear those who can persecute us. As Jesus said in Matthew 10:28:


Do not fear those who kill the body but cannot kill the soul; rather fear him who can destroy both soul and body in hell.

The second clause here is parallel to the first. It doesn't necessarily alter the princes or end their persecution, but it stands as a parallel reality: Princes are bad, but God is good. Rulers mistreat me, but my reverence isn't for them in the first place.

I am thankful that I cannot relate too closely to this verse, but I feel that there are too many in this world—increasingly in my own country—who can. People like Mahatma Gandhi and Martin Luther King, Jr. showed us that persecution need not be met by violence, and that faith can truly stand as an alternate pillar to coërcive power—not to violently overthrow it, but to transform it.

Thank you, Lord, that in the created order you provide for the government of your people. I pray for those for whom government has become a source of persecution. Give me courage on their behalf to stand up to oppression, and may the peace in the hearts and the perseverance of their actions transform power into what you intend it to be; in the Name of the One who taught me to pray for the coming of your kingdom...