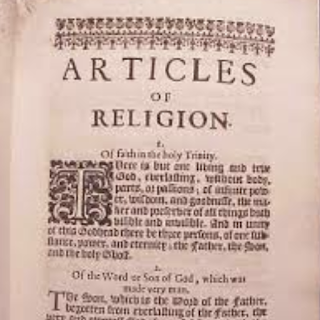 This verse is interesting. The double-minded spoken of here are obviously people, but Calvin objects to this, saying that the noun סֵעֲפִים refers not to the people, but their crooked (or vain) thoughts. And this is exactly how the 16th century Geneva Bible (as well as the 17th century King James Version after it) translated it.


I hate vain inventions: but thy Law do I love.

This rendering reminds me of the 22nd of the Church of England's 39 Articles of Religion, which states that the


Doctrine concerning Purgatory, Pardons, Worshipping and Adoration, as well of Images as of Relics, and also Invocation of Saints, is a fond thing, vainly invented, and grounded upon no warranty of Scripture, but rather repugnant to the Word of God.

Since the earliest Geneva Bible was published in 1560, it's not impossible that this comparison between vain inventions and the word of God had an impact on those who wrote these Articles a few years later. Regardless, however, I am personally in no danger of believing in purgatory, worshiping relics, or invoking saints. So may I disregard this verse's message?

Of course not. 16th century English Protestants saw themselves as vulnerable to the vain inventions they named in their 22nd Article of Religion, while I am vulnerable to others. Do I prefer my favorite theology to the God it supposedly describes? Do I place more trust in my denomination than I do in the body of Christ? Would I rather sing the latest "praise chorus" on Christian radio than the psalms of the Bible? The list goes on and on, and includes more than just things of an ecclesiastical nature. The point is that the life of a Christian is an ongoing examination of priorities, along with the continual reordering of life that goes along with it. To call myself a follower of Christ is to engage in that self-examination and reordering, always owning up to what I'm changing and why.

Give me the wisdom and courage, O God, to compare my fleeting loves and preferences with your eternal word. I pray this in the Name of the Word Incarnate, even Jesus Christ my Lord, who taught me to pray...