When they had brought their boats to shore, they left everything and followed him. 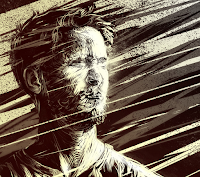 When I was younger and struggling with whether or not I was called to be a minister, my main problems were named Isaiah and Paul. Remember Paul being struck blind on the road to Damascus, and out of that incident came his call to follow Jesus and represent him among the Gentiles? And of course we just heard about Isaiah’s call—his vision of the angels hovering around the throne of God, and the vivid visual description we get of how he realized his own forgiveness.

To me, those two stories described what a “call” was all about. So, naturally, I assumed I’d never been called… and probably never would be—despite the fact that I somehow felt called anyway. I suppose I finally decided that I was called into the ministry by process of elimination. There was nothing else I actually wanted to do or felt I could do, and so my calling must be the one thing that I felt called to do, despite the lack of hovering angels and fire and a blinding flash of light.

The first disciples, of course, experienced a much more direct call. It was Jesus himself who approached them. The most classic of all calls was in Matthew’s—not Luke’s— version of the story, in which Jesus said, “Follow me, and I’ll make you fishers of people.” But here in Luke, the words “follow me” are actually just implied, based on the fact that the fishermen left everything and followed him. But there are a few things about this text that I find compelling.

First of all, how many of us have heard somebody say, or perhaps have even said ourselves, “I’ve been blessed with success in my career, and so I must be doing what God wants me to do.” We equate material success with blessing, and then we assume that blessing means, “Keep on doing what you’re already doing.”

But if we think about what Luke actually tells us in his version of the call of the first disciples, we have to question that wisdom. Here we find the disciples washing their nets on shore; they’d been fishing all night, but they’d caught nothing. But Jesus tells them to go back out into the deep water and do it all again. “We’ve already done that,” Simon tells him. “But for you, we’ll do it again.” Apparently Jesus’ reputation had preceded him. 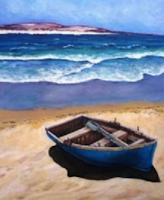 And this time it worked. Never before had Simon and Andrew and James and John met with such success. They caught their biggest catch ever. They had been poor fishermen. But now they were successful fishermen. We’d say they were blessed indeed. And most of us, if we’d experienced that kind of success which we knew had come about as a result of our faith, would take our success as a sign that we were doing what God intended. So we’d keep doing it. And we’d tell everybody at church—and in most other places, to be honest—about our blessing and how it showed that we were doing God’s will.

So naturally, these fishermen thanked Jesus profusely and went into the village telling people how the
Holy Man had blessed their catch. Actually, that’s not at all what they did. When Jesus told them that that catch was actually not a blessing on their chosen career, but a metaphor for something bigger, they left that magnificent catch, along with their boats and their nets, and followed Jesus into the unknown.

That’s something to remember when we’re sure of ourselves, when we’re comfortable with our lives, or when we feel blessed because we’re successful, or when we have more than enough. If nothing else, it should help us redefined what “blessed” means—which was one of the major themes in Jesus preaching anyway. But more importantly, we probably need to remember that no matter how sure of ourselves we are or how comfortable and successful we are, we just might be called to something more—more than just making money, more than just gaining respectability in the eyes of those around us.

I’m not saying here that you’re being called into the ordained ministry. Maybe you are, but maybe you’re not, either. But there are many callings, and there are many ways to leave behind one thing, and do something new. God’s Realm is not going to be ushered in by a bunch of preachers, because there are many members of the body of Christ, and each of us has a unique gift.

So, in a way, we’re all ordained. And we’ve been ordained longer than most of us realize. For just as the four fishermen came up out of the water to follow Jesus, so we are called from our baptism to follow, as well. I’m going way outside Luke’s text here, but there’s something about this that goes

beyond baptism—or maybe it’s better to say that baptism says something about being human that goes beyond or outside of Christianity. For just as all Christians have their origin in the water, so does all life. To be human is to be called into being and to be called into meaning by a Creator.

Which brings me back to my original question. How do you spend your time? If you have a job, what is it? How are you being called beyond where you find yourself right now? Some are called to proclaim the gospel formally, but all of us are called to share the good news of God’s love and human unity in whatever way we’re able. Just as God will call Elise Ann out of the water this day to live and grow under divine grace, so Jesus called the first disciples out of the water on the lakeshore. And in a way that is not so different, really, eons ago, the Holy Spirit was active on the face of the deep, calling forth new creatures to give God pleasure, to serve one another, and to one day become who we are.

So let us be celebrate a baptism, remember that we, too, are baptized, and know that that which sets us apart as Christians also unites us with all humanity.