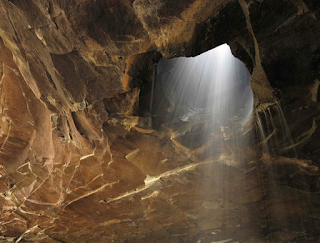 O Lord, you have searched me and known me.
You know when I sit down and when I rise up; you discern my thoughts from far away.
You search out my path and my lying down, and are acquainted with all my ways.
Even before a word is on my tongue, O Lord, you know it completely.
You hem me in, behind and before, and lay your hand upon me.
Such knowledge is too wonderful for me; it is so high that I cannot attain it.
✙ Ps. 139:1-6 ✙

Psalm 139 is as profoundly beautiful as the scriptures can get. Spurgeon said that "the brightness of this psalm is like unto a sapphire stone, or Ezekiel's crystal—it flames out with such flashes of light as to turn night into day. Like a lighthouse, this holy song casts a clear light even to the uttermost parts of the sea, and warns against that practical atheism which ignores the presence of God, and so makes shipwreck of the soul."

As Spurgeon says, this psalm addresses "practical atheism"—that is, the indifference toward God practiced even by those who boast of their Christianity. I admit that I, too, am at times a practical atheist, forgetting the depth of God's love, the faithfulness of God's presence, and the extent of God's knowledge of me.

My understanding of this psalm was transformed during a trip to England. My friends and I wanted to visit Salisbury Cathedral, but the person at the carpark said the cathedral was closed that day because of a concert being held to commemorate the 50th anniversary of D-Day. Then she added, "...unless you're going to the concert." Then and there we decided we would attend.

It was a wonderful concert with former Prime Minister Edward Heath conducting. It featured many popular pieces from the 40's, but also sacred music. Among the sacred pieces was the 139th Psalm chanted by the Cathedral Choir. And it was introduced by a woman who'd been a little girl during the war. To escape the bombings near the coast, like so many other children, she'd been evacuated farther north to stay with people she'd never met before. It's difficult to imagine how traumatic this was for those children, back in the days when there was no internet and even long distance phone calls were rare. But the woman said she found comfort in the words of the 139th Psalm. She was in a place where she was a stranger—just as she knew no one, nobody knew anything about her. But God knew her. God knew where she was. And God loved her.

This has stayed with me ever since, and it has helped me appreciate the deep knowledge and loving presence of God at times when I, too, felt alone or misunderstood.

Thank you, God, that you are the Creator of the universe, and that, though I am less than tiny dot in your grand pattern, yet you know me and love me. Forgive my disregard and give me the grace to feel you near; in the Name of the One who taught me to pray...

Though by no means what the choir sang at that concert, this is a lovely version of Psalm 139: