True Praise of the Creator 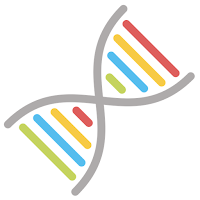 All your works shall give thanks to you, O Lord, and all your faithful shall bless you.
✙ Ps. 145:10 ✙

I find it curious that there are Christians who deny the reality of evolutionary biology. Genesis 1:1 - 2:3 serves us well if we view it as it was intended—that is, as metaphor. It describes something that evolved over days. And just as I might say, "In their day there was no electricity," so a day in the creation story cannot be defined as 24 hours. In today's terms, it was an age or an epoch.

The point of the beautiful poetry of the Judeo-Christian account of creation is
And so when Psalm 145 says that all God's works give thanks, that becomes that much more meaningful when we think about it in a scientific sense. Though I suspect that he didn't mean it from an evolutionary biological perspective, I like what Spurgeon said:


There is a something about every creature which redounds to the honor of God. The skill, kindness, and power manifested in the formation of each living thing is in itself to the praise of God, and when observed by an intelligent mind the Lord is honored thereby. Some works praise him by their being, and others by their well-being; some by their mere existence, and others by their hearty volition.

The serious Christian—i.e. not one who's only interested in blocking conservation because of a selfish political agenda—cares deeply about God's non-human creatures, and sees in their uniqueness and the complexity of the ecosystems that support them a different way of praising the Divine. And so when I read recently about the Earth BioGenome Project, I was fascinated from a theological point-of-view. Its end is conservation and its means is mapping the DNA of all of earth's complex creatures.

When Francis Collins, the scientist who headed up the Human Genome Project, wrote a book about his work, he had the audacity to call it The Language of God

. But why not? The opening verses of Psalm 19 tell us that the language used in the non-human proclamation of God's praise doesn't consist of words or speech. So why can't we find it in the DNA sequences that make each organism a unique and wondrous creation?

Many who are passionate about evolutionary science deny religion. And many religious people deny evolutionary science. But when the second half of Psalm 145:10 says, O Lord, and all your faithful shall bless you, I can't help but think that where the two meet—that point at which scientists can be people of faith, and people of faith can wonder at science—there we find true praise of the Creator.

I thank you, God, that not only am I fearfully and wonderfully made, but that the same can be said about all your creatures. Help me to be a better steward of your creation, and to see your hand in all new discoveries about the world and the universe of which I'm a part; in the Name of Jesus Christ, who taught me to pray...