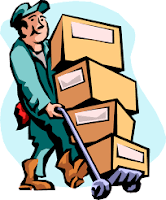 I was happy serving the Congregational Church of La Jolla for nearly 12 years, but when my father died in 2013 and then my mother became seriously ill in 2016, I realized that it was far too difficult for me to get to Kentucky from California in an emergency. And so I had thought about possibly thinking about moving east, but I doubt I’d have done much to make that happen. So apparently God did. When I returned home from visiting my mother in August 2016, I found a letter in my mailbox from a realtor. I was used to getting those—usually at least one a week—but this one was different. It was for owners of a particular type of unit in my particular homeowner’s association. And the realtor named her client to show how serious she was.

I had just completely remodeled my home. I had even somehow expanded the kitchen without making the living room smaller. So I knew mine was the best of what she was looking for. And so I contacted the realtor. Things progressed pretty quickly from there and the decision to move was made. It was hard announcing it to my congregation, and it was hard to enter the search and call process. But I decided that I would like to do interim work. I had even done a course with the Interim Ministry Network, just in case.

My first contact with people here in Huntsville was in a phone interview. For me it was a sunny afternoon in Southern California. For Judy and David and Sunn, it was a rainy night. It was so rainy, in fact, that the trio on the Alabama end of the line couldn’t find a place where they could hear me—or each other—because the rain falling on the roof was so loud. I believe they finally ended up in the sanctuary.

I’m not sure what was talked about at this end, but the invitation to become the interim pastor here was extended to me. But what they didn’t know, I don’t think, was that this might have been the only job I’d have accepted at the time. My distress at the events of November 2016 was so great that I felt that a church as progressive as this one was the only place I could serve, and there were no other progressive churches making any offers.

And so you said good-bye to Bob and after what your then conference minister, June Boutwell, called a “month of Sundays” when you had supply preachers, I began what I thought would be a year’s interim—maybe 18 months at the most. I don’t think any of us expected the road to be as rocky as it has been—both your road, and mine.

Almost immediately, some difficulties arose that demanded attention. Much of it was played out in a very public way on social media. And it was very hurtful to many people here. It took a while, but we worked our way through it. But in the midst of all of it, I began to realize that I was ill, and ended up hospitalized with a heart condition. I wish I could have been as patient with you and your problems as you were with me and my illness. 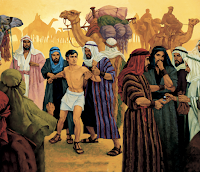 But the fact that we faced difficulties never meant that we were outside the will of God, or that God was not with us. The scriptures tell us many things, but one of the most frequent themes in the Bible is the fact that, even in the midst of the difficult stuff, God is at work, guiding us toward something good. Look at Joseph. His brothers hated him and took him out into the desert to kill him. But grace intervened, and they decided to sell him into slavery instead.

Grace? How can that be grace? But it turned out to be one of the most incredible stories in the Bible, because Joseph ended up in Egypt. And there, Pharaoh came to depend on him, and made him the equivalent of prime minister of the entire nation. He was so astute that he was able to prepare the Egyptians for a famine years before it began. And it was to Egypt that his brothers—the same ones who had done him harm—came looking for food to buy because their own crops had failed. They had no idea who this grown man was they were dealing with, but when he finally revealed himself to them, he did so in love and appreciation for the amazing providence of God [Gen. 37-45].

And it was that same providence that Paul wrote about to the Romans when he said that all things work together for good for those who love God and are called by God [Rom. 8:28]. And what are we doing in this church, if not answering God’s call to us. And of all the tasks God calls on us to do, nothing is more solemn or challenging than times of transition, when we have to face change by dealing with our past and then turning our face toward the future.

And the future here is bright, because it’s in God’s hands. But that doesn’t make the members of this church passive consumers of a thing called church. There have been tensions here over the past two years, and that tension will probably continue into the future. Like a lot of congregations, the United Church of Huntsville strives to be a safe place for people who are seeking. But it also needs to keep being a safe place for those who have made this their church home. As I said in a sermon last year, I think we sometimes misunderstand our denomination’s statement of welcome: No matter who you are or where you are on life’s journey, you’re welcome here. We need to remember that just as we welcome all, we all need to acknowledge to God, to one another, and to ourselves that we haven’t reached our destination. Our journey continues, and that journey requires transformation from who we once were into who God created us to be.

I thank you from the bottom of my heart that you have guided me along the path of my own transformation. We have all challenged one another, and the tension has resulted in spiritual growth. I won’t enumerate all the ways that you have helped me grow, but I will tell you the most important one. I had thought I could wind down my years in the ministry with a series of stints as an interim pastor. But your welcome to me here has shown me that I’m not called to be as temporary or unattached as interim ministry requires. I will leave part of my heart here in Huntsville, and I will always keep you in my prayers. I hope that I will be in yours. 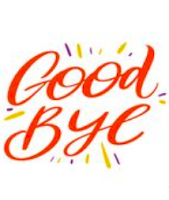 The day will come—sooner rather than later, I hope—when a pastor stands in this pulpit who has been chosen by your search committee—a group of people I know to be thoughtful disciples who have the best interests of this congregation at heart. And when that day arrives, I pray you’ll realize like Joseph did so long ago that the struggle was worth it, and that it’s true that all things really do work together for good for those who love God and who respond to God’s call.