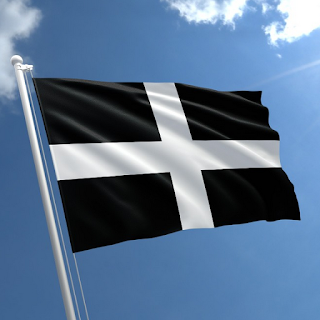 Today is St. Piran's Day, the County Day of Cornwall. We don't know much about Saint Piran, but here's what we do know for sure: He was an Irish Christian, and his unbelieving enemies tied him to a millstone and rolled it into a turbulent sea, which immediately became calm, while St. Piran floated safely to the Cornish coast. Also, his first disciples were a badger, a bear, and a fox. Some say the Cornish anthem is the same as the Welsh one, but sung with Cornish words. But I think it's Trelawny: