This Is My Father's World 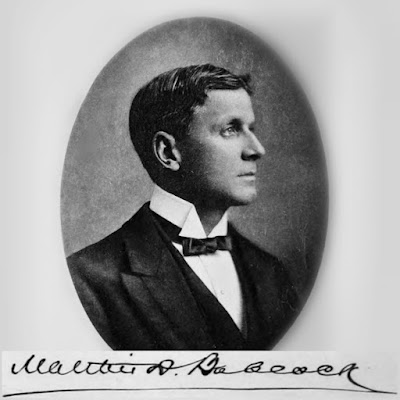 Praise the Lord! Praise the Lord from the heavens; praise him in the heights!
Praise him, all his angels; praise him, all his host!
Praise him, sun and moon; praise him, all you shining stars!
Praise him, you highest heavens, and you waters above the heavens!
Let them praise the Name of the Lord, for he commanded and they were created.
He established them forever and ever; he fixed their bounds, which cannot be passed.
Praise the Lord from the earth, you sea monsters and all deeps, fire and hail, snow and frost, stormy wind fulfilling his command!
Mountains and all hills, fruit trees and all cedars!
Wild animals and all cattle, creeping things and flying birds!
Kings of the earth and all peoples, princes and all rulers of the earth!
Young men and women alike, old and young together!
Let them praise the Name of the Lord, for his Name alone is exalted; his glory is above earth and heaven.
He has raised up a horn for his people, praise for all his faithful, for the people of Israel who are close to him. Praise the Lord!
✙ Ps 148 ✙


Psalm 148 tells me that the world belongs to God, and all things speak of God and serve God. As a pilgrim wandering through God's world, wherever I go, I am accompanied by my Creator. And whatever befall me, I know that God is still in charge. When I think about this, I am led to pray for those who need strength for the struggle, whatever that struggle is. The world does not, for whatever reason, treat everyone with the same kindness. Yet some people have been amazing witnesses to God's love, even in the midst of trials, unkindness, or misfortune.

One such saint was a young man named Maltbie Babcock, a handsome, broad-shouldered, muscular alumnus of Syracuse University, where he played baseball and was among the most popular and intelligent men in his class. He went on to become a Presbyterian pastor. He married Katherine Tallman and had two sons, but both died in infancy. Though one of the most renowned preachers of his day, he was sometimes debilitated by depression. Just after having been called to a very influential church in New York City, he took a trip to the Holy Land. On the journey home he, along with some of his fellow pilgrims, contracted brucellosis (then called Mediterranean fever, it was contracted by drinking unpasteurized milk or undercooked meat). One of its symptoms was depression. While hospitalized in Italy, Maltbie took his own life at the age of 42.

Just after his death, a poem he wrote was published and remains to this day one of the most popular hymns in the Christian church, accessible to all who want to find God in the midst of their own struggle, and feel God's presence in the beauty of the world around them. Here is his original text:

Thank you, Lord, for all kindness of this world. Guide those to whom love is a stranger to those who are giving and forgiving, that they, too, might experience kindness. Thank you for the loveliness of the world. Bring those who have experienced war and abuse and oppression to see beyond the ugliness, and witness the beauty that you created. And as I pray, so let me act on your behalf; in the Name of the One who taught me to pray...
glad • a cappella  • for the beauty of the earth