Let us then pursue what makes for peace and for mutual upbuilding.

The 14th chapter of Paul’s letter to the Romans is, I think, more about keeping peace than anything else. And the context is very interesting, because in other letters—perhaps even in other parts of this letter—Paul seems to stress Christian liberty, saying that Christians are no longer subject to the law. But here in this chapter, he might appear at first glance to back off a little bit. “Be careful with your liberty,” he seems to be saying, “so that you don’t offend a sister or brother for the sake of something that doesn’t matter in the end.”

He mentions two things in particular: One of them is whether one day of the week is better than others, or if they should all be thought of in the same way.

But Paul talks about the other thing even more than the days of the week, however, and that’s our diet. Believe it or not, vegetarianism was very common in the early church, even though the church quickly came to believe that all foods were clean. The contradiction here lies in the fact that people who lived in places like Rome and Corinth were not surrounded by other Christians and they weren’t surrounded by Jews. They were surrounded by people who worshiped a variety of gods. And one of the ways they worshiped was, before a butcher sold anything in the marketplace, to offer it to one of those “other” gods. Thus, virtually all meat had been dedicated to what Christians viewed as a false god. So it’s easy to see why some Christians refused to eat meat, even though the church had pronounced all meat clean: They thought that pertained to the kind of animal it came from, and not to the fact that it had been dedicated to an idol. 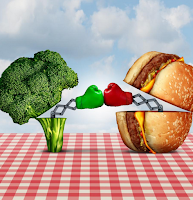 Paul takes both sides of this issue, but he seems to come down more on the side of the vegetarians. Not because he thinks eating meat is wrong, but because he says that this isn’t an issue worth fighting over. John Calvin put it this way: “Corruptible meat is not of such consequence that for its sake the Lord’s building should be destroyed.” [1]

Paul’s point is easy to see. Human understanding is limited to what we experience, especially as far as our five senses go. None of us is able to live totally in the spiritual realm, as much as we might want to. I’m not sure that’s what God would want us to do anyway, since God has placed us in the world to share our experiences with our neighbors. Why else would Christ have made a holy supper the center of our worship? Why else would the splash of water be what initiates us into the community?

And so, Paul says, don’t cause trouble for the sake of causing trouble. Don’t start an argument just so you can argue. If you know that what you’re doing is causing another to stumble, you have may have won a point, but lost the game, because love—not winning points—is the goal. So let us pursue peacemaking in order to build each other up.

I could see the same thing happen today. The Bible says that all foods are clean. But many Christians have sincere problems with the treatment of animals, and for this reason refuse to eat meat. Should I, a fellow Christian, judge them for what I have to admit is a very ethical stance?

But we can’t limit our 21st century examination of this topic to diet, because there are plenty of other things destroying the Lord’s building. And our society is nothing these days if not destructive. The name-calling, threats, and open attacks we see around us are rather frightening. And much of what we see is between people of faith—often even among people who think of themselves as Christians.

And so, on this day when we’re thinking about peace, let’s not limit the concept of peace to nuclear treaties, to the conflict between Palestine and Israel, to civil unrest in Venezuela, or to any other distant place or faraway concept. We can meditate on Romans 14 and ask if we’re part of the problem, or part of Paul’s solution. How do I get information about what’s going on around me? How do I interact with others when I talk about the state of my country and the state of the world? Am I more interested in making my opinions known than I am to listening?

I’m not coming at this with clean hands. There were times a couple of years ago when I was more interested in attacking than listening, and living with strife than making peace. I had to come to realize—and here Paul helped me—that my liberty doesn’t leave me free to forget the humanity of others, or to be a scandal to those looking on. Of course, we cannot always ignore injustice, for “if truth is imperiled, or Christ’s Name in danger of being tarnished, counsels of peace are counsels of treachery.” [2] But even then, it’s possible to respond from a place of inner peace and a desire to edify, not to offend and not to quarrel. 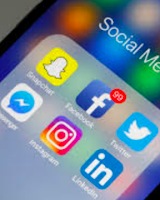 Today is a good day to think about how we can be better peacemakers—not just advocating for peace when it comes to the big issues, but how we can be peacemakers in our homes, at our jobs, in our schools, and on social media. I say today, because we’re about to gather around the Lord’s table, and in the gospels, we see that those who ate with Jesus didn’t always agree with each other, they didn’t always understand, and they were unsure of their faith. At the Last Supper were Judas, who betrayed Jesus, and Peter who denied him. Cleopas and his friend, who walked with Jesus on the Road to Emmaus on the day of resurrection didn’t even know who he was until the end of the day, when he was known to them in the breaking of the bread. [3] And in the final chapter of John, when Jesus shared one more meal with his disciples, he gave Peter the opportunity to confess his love for him three times, just as he’d denied him three times. [4]

So those of us who partake of this supper aren’t here because we know it all or have perfect faith. To share the bread and wine is to have our hearts and our minds opened—to recognize Christ not in our own perfect knowledge, but to know him in the breaking of the bread. And just as the risen Christ breathed peace upon his frightened followers [5], so at this table we receive that same spirit that we may bring peace to others—to those whose lives are filled with inner turmoil, and even to those who seem intent on spreading turmoil. If we wonder where to begin, let’s start in the ways we interact with our neighbors.