Teach Us to Pray, Part 2 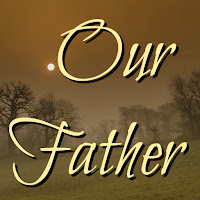 Two weeks ago, I opened this series on prayer with a sermon on the Lord’s Prayer. Specifically, I talked about the opening words: Our Father. It’s rare for me to preach a sermon on two words, but these words are important for three reasons.
Today, I’ll continue my series on prayer by returning to the Lord’s Prayer. I want to talk about the words, “Thy kingdom come, thy will be done on earth as it is in heaven.”

1. ON EARTH AS IT IS IN HEAVEN

I’m going to take the different parts of this petition out of order, though, because I want to start at the end with the words, “On earth as it is in heaven.” When I hear these words—and sometimes when I say them—I think of a little Scottish island named Iona. It was once the home of Saint Columba, who founded a community of monks there. The monastery thrived for 1000 years until the Protestant Reformation. It fell into disuse until the early 20th century when a Church of Scotland minister named George McLeod led the effort to rebuild it. He started a new kind of Christian community there, and today the once derelict island welcomes over 10,000 visitors a year. They come not as tourists, but as pilgrims.

Rev. McLeod said this about Iona, which is why I bring it up this morning: He said it was “a thin place where only tissue paper separates the material from the spiritual.” And when you think about it, the places in our lives that we think of as holy are all thin places, where the line between heaven and earth gets blurred. I hope that—at least sometimes—prayer is such a thin place for all of us: a place in our lives where our communion with God erases the space between us and the Divine, and we feel the peace of heaven even as we sojourn on earth.

Saying “on earth as it is in heaven” reflects how Jesus lived his life— as though there were no dividing line between God’s dwelling-place and ours, an acknowledgement that our whole lives were lived in the presence of the Divine— indeed a place where our prayers unite us with each other in a very thin place, for we’re all praying as Christ himself would pray.

Next comes the middle: “Thy will be done.”

These four words are a prayer all by themselves, and perhaps the most important prayer any of us can ever pray. It’s a prayer that Jesus must have prayed a lot, because it’s recorded here near the beginning of Jesus’ ministry, and then again at the very end when he was alone in Gethsemane: “Father, if you are willing, remove this cup from me; yet, not my will but yours be done.” And in a way, the words, “Thy will be done” are a key to all prayer.

I’m sometimes troubled that Jesus told us in John 14 that God would grant us anything we asked for in his Name. But that so often proves to be untrue. There are plenty of times that I don’t get what I want from God.

So if I’m praying in Jesus’ Name, then I cannot ask for something Jesus would not want, or speak words that misrepresent him. What I ask for must be what he would want. I must pray: Not my will but his, even as he prayed, Not my will but God’s. This places all my prayers in the right context, and it ensures that I ask not for what I desire for myself, but for what’s best for me—a child of God and a citizen of the Kingdom.

And the Kingdom was what Jesus proclaimed. “Change,” he preached, “for Heaven’s Kingdom is close enough to touch.”

And just what is this Kingdom anyway? One place that question is answered is in the next two clauses: It’s where God’s will isn’t just talked about, but where it’s done; and it’s where the line between heaven and earth gets blurred— disappears, in fact. It’s where what we say we believe becomes joined with reality.

When Matthew reported on the prayer Jesus taught his followers, he put it smack-dab in the middle of the longest sermon Jesus preached anywhere in the gospels—naturally, it’s called the Sermon on the Mount. And if you want to know what God’s kingdom is like, then just read this sermon, and think about all it really means. It starts out defining citizenship: The poor, the meek, the hungry and thirsty, the persecuted—all who have been transformed from what the world had made them into what God wanted them to be—these are the citizens of the Kingdom. The Sermon on the Mount also tells us how to interpret the laws of the Kingdom. We are to look beyond the letter of the law and not only discover the spirit of the law, but to treat each other according to that same spirit. And, to that end, judgment is left to God.

The official religion of the Kingdom is one that is never ostentatious, but is more concerned with closeness to God than about looking good in front of others.

Economic policy of the Kingdom states that your treasure and your heart are closely tied together, which means that hoarding what you don’t need is officially discouraged.

Basically, if you want to read the constitution of God’s Kingdom, then open your Bible to Matthew, chapters five, six, and seven. (And, by the way, I hope you’ll want to read it often.) 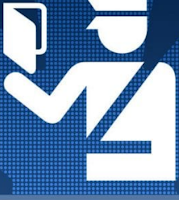 So we shouldn’t pray the Lord’s Prayer if we don’t take seriously the words of the sermon in which he taught us to pray it. If we can’t love our neighbors, if we want to lash out violently when we’re angry, if we want to judge others, if we want to live selfishly—these things all show us that we can’t be good citizens of the place where heaven and earth are one, where God’s will is actually done.

The path to citizenship is always there for us, however. God receives us as we are, and the door to transformation is never shut. Praying this part of the Lord’s Prayer doesn’t mean you’ve arrived. Sometimes it means you’re even now crossing the border. Or maybe it means you dream of a pilgrimage that turns into permanent residency. Let us never think that because we aren’t yet where we want to be that God’s will is for us to stay where we are. When God’s will is done, then surely, each of us will be part of it, too.