It's Never Too Late

INTRODUCTION TO THE SCRIPTURE 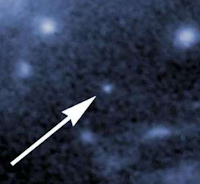 Last year, a news story appeared telling us that the Hubble telescope had observed a star that was farther away than any other object that had ever been seen from earth (or earth’s orbit). It’s a star we now call Icarus, and the light that scientists saw here on earth had actually left that star nearly ten billion years ago. This means that they were seeing something from not only before the earth existed, but five billion years before our sun even existed. The light they can see from this star is, in fact, so old that—even though they’re just now seeing it—Icarus is long dead.

We can’t see Icarus with the naked eye, of course. But there’s a visible star in the constellation Orion which is 4000 light years away— meaning that the light from it that we can see left that star around the time of Abraham and Sarah— that is, long before a single word of our Bible was written down.

One of the best-known stars is the North Star. It’s much closer to us. But even so, when we find it in the night sky, we’re seeing it as it was just about the time Henry VIII died— decades before Jamestown or Plymouth were settled by the English.

This may seem like an odd way to introduce the scriptures, but bear with me. What I want to say is that, if God’s word is a light to our path, then sometimes we need to remember when that light originally shone forth. And in the case of the passage I’m about to read, that was, at the very least, 2600 years ago. The world that is described in the Bible no longer exists: languages have changed, nations have arisen and fallen, cultures have been wiped out. But even though that world no longer exists, its light shines forth from the scriptures.

And so I hope we can remember this when we read what was once considered law. I’m going to start reading this morning at a point that carefully avoids what comes immediately before it— words that reflect a view of women which we reject, and calls for the death penalty for things that none of us would consider to be capital crimes— some of which we wouldn’t consider to be crimes at all. It should also be noted that the reference to wrath and the sword Probably even then meant, not wholesale slaughter, but simply that God would withdraw their protection, and not that God would literally kill anyone with the sword.

You shall not wrong or oppress a resident alien, for you were aliens in the land of Egypt. You shall not abuse any widow or orphan. If you do abuse them, when they cry out to me, I will surely heed their cry; my wrath will burn, and I will kill you with the sword, and your wives shall become widows and your children orphans. If you lend money to my people, to the poor among you, you shall not deal with them as a creditor; you shall not exact interest from them. If you take your neighbor’s cloak in pawn, you shall restore it before the sun goes down; for it may be your neighbor’s only clothing to use as cover; in what else shall that person sleep? And if your neighbor cries out to me, I will listen, for I am compassionate. 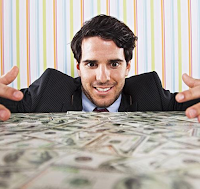 Here’s one of the stories Jesus told his disciples. It’s found in Luke 16 and it’s always bothered me:

There was once a very rich man who’d hired a manager. But he got reports that the manager had been abusing his position by running up his expense account. And so he called him in and said, ‘I’m hearing some pretty bad things about you, and so I’m giving you your two weeks’ notice. In the meantime, I’m having all your books audited.’

The manager said to himself, “What am I supposed to do now? I’ve just lost my management job. I’m not strong enough for manual labor, and I’m too proud to beg. What are my options at this stage in my life?” But then a plan occurred to him. “Here’s what I’ll do,” he said, “so that when I’m turned out into the street, people will take care of me.”

Then he got to work on his scheme. One after another, he called in the people who were in debt to his boss. He said to the first, “How much do you owe us?’ He replied, “A hundred gallons of olive oil.” The manager said, ‘Here, take your bill— cross out a hundred and write fifty.”

To the next he said, “And you, what do you owe?” He answered, “A hundred bushels of wheat.” He said, ‘Take your bill, mark out a hundred, and write eighty.”

But you want to know the surprising thing? The rich boss actually praised the crooked manager! Why? Because he had just beaten him at his own game.

The story has always bothered me, because it seems like Jesus is condoning dishonesty. But here’s what I realized after reading up on it this week. Though I knew that Hebrew law made the charging of interest illegal, I never connected it to this parable. But now I realize that the point of the story was that the boss had made a practice of skirting the law on interest by dealing not with money, but with commodities. In this case, he’d made a “loan” to one man of fifty gallons of oil at 100% interest— meaning the man was compelled to pay him back a hundred gallons of oil. And he’d made a “loan” to another man of eighty bushels of wheat at 20% interest— meaning he was owed a hundred bushels in return. It was pretty crafty, but also a pretty common way of doing business.

Since these men needed some kind of a loan and the boss wanted to make money, everybody turned a blind eye to what they were doing. But the crafty manager knew that if he forced the issue and forgave the interest on these loans, there was nothing the boss could do about it. If he tried to take them to court, the case would be thrown out— or he might even get prosecuted himself— because he didn’t have clean hands. An illegal contract is unenforceable in a court of law.

I’d love to make a deep theological point out of this story, but there isn’t one. That’s not to say there’s no point at all. I mean the point isn’t the least bit deep: It’s right there on the surface for all of us to see. Jesus’s point is that all of us have a talent, a passion, a skill that we’re willing to work hard at. The Kingdom of God is found where people are willing to use their talents, their skills, and their passions in order to serve God. And if this parable is any indication, it’s okay to push at the boundaries— to use unconventional means to make God’s Name known, or to improve the life of somebody who needs some help.

One more thing—and this is important: It’s never too late. The dishonest manager had spent his entire adult life being a jerk and cheating others at business whenever he could get away with it. It wasn’t until the very last moment that he changed his tune, and in order to preserve a future for himself, he turned honest in the end. It may have been for selfish reasons. But he did it. And not only his old boss, but Jesus himself, admired him for it.

So let’s use what we’ve got, and if we’ve never before done a good thing, it’s okay to start now. God gave us our skills and our passions and our talents for a reason. And old patterns no longer matter in the Kingdom: In Christ, God will not say no to the gift we offer.