Neither Beginning Nor End

On the Eve of All Saints Day in the year 1517, an Augustinian monk who’d grown concerned with certain practices within his church, nailed his complaints to a church door in Wittenberg, Germany. We mark this event as the beginning of the Protestant Reformation. Without it, we wouldn’t be here. Probably not, anyway. Or at least maybe not.

Who knows, really? Martin Luther is only the most famous Reformer. The one who performed a decisive act that we can picture, and put a date to. But in reality, he wasn’t the first, and he wasn’t the last.

Hundreds of years before Luther was even born, there were two men from well-to-do families who started their own reform movements. The first one you probably haven’t heard of: Peter Waldo of Lyon in France. In the late 12th century, he decided to give up his possessions and to live simply while sharing the word of God, even though he wasn’t ordained. A few years later, Francis of Assisi in Italy came to the same conclusion and began to do the same thing. Neither Peter nor Francis were ever ordained, yet they both created communities of like-minded believers. Though originally called the Poor of Lyon, Peter Waldo’s followers eventually took on their founder’s name: Waldensian. Francis’s followers were called Franciscans.

In the end, the Franciscans— originally very critical of the church’s abuses— became a recognized community. The Waldensians—also critical—were persecuted.

Though you’ve probably heard of the Franciscans and not the Waldensians, it’s actually the Waldensians who form part of our religious DNA, since they continued on in the mountain valleys of France and northern Italy until Martin Luther’s act of defiance three centuries later. After that, many Swiss cities— including Huldrych Zwingli’s Zürich and John Calvin’s Geneva— followed Luther in reforming the church. And it was at this point that the poor, persecuted, hidden Waldensians read of the beliefs of the Swiss Reformation, and said, “Yes, this is who we are.” They still exist today, mostly in Italy, And—except for the language the speak— we would probably see no difference between them and us in what they believe and how they interact with the world.

As I alluded to earlier, one of the major centers of Reformation was the Swiss city of Geneva, led by a Frenchman named John Calvin. Besides the French, persecuted Christians from all over Europe— especially England, Scotland, the Netherlands, Germany, and Hungary— went to Geneva for safety. And there they studied the scriptures. And then they went back and spread their teachings in their home countries. And through them, Protestantism came to the USA. In particular, English, German, and Hungarian Calvinists— after two or three centuries— ended up in a denomination called the United Church of Christ, which is half of who we are.

But what about the other half. Well, remember those Scots who learned the Reformed faith in Geneva? They took it back with them and formed the Presbyterian Church in Scotland. And some of these same Presbyterians ended up in America. But once it reached the frontier of the newly formed United States, something very interesting happened. And it happened in two different places:

Presbyterian pastor Alexander Campbell started his own reformation in western Pennsylvania— a movement which deëmphasized divisive doctrines and reëmphasized the simple Christianity he thought he found in the Bible.

Meanwhile, independent of Campbell, but at about the same time, Barton Stone—another Presbyterian pastor— began to do the same thing in Kentucky. These men didn’t see their movement as a reformation movement, but a restoration movement.

Stone believed that all believers should simply unite under the name Christian, while Campbell preferred the named Disciples of Christ. Perhaps by now you can see the end of the story. Their movement eventually led to the formation of the Christian Church (Disciples of Christ). And that’s the other half of who we are.

Remembering Martin Luther’s action 502 years ago is a fine thing to do. But we shouldn’t remember him as the only reformer, because reformation happened before he was born and after he died.

We see it as early as the Bible, when Jesus introduces a new understanding of Jewish law, and when the first generation Christian church is forced to accept that Gentiles can become disciples of Christ without first converting to Judaism.

We see it in our own day in our own church, as we take a stand to welcome people into our faith family who have experienced rejection in the church elsewhere.

And we even see it in Rome at this very moment as the Catholic Church struggles with controversial proposals to better minister to unreached and under-served peoples in inaccessible regions of South America.

I read something last week that reminded me of Reformation. It was in a book by Rachel Joyce called The Unlikely Pilgrimage of Harold Fry. Its main character, Harold, receives a letter from an old friend who tells him she’s dying of cancer, and he sees from the return address that she lives at the opposite end of the country from where he lives. He struggles to compose a response, and after finally writing something down, he sets off to the post office to get it in the mail. Only, when he gets there, he keeps walking, always intending to post his letter from the next mailbox he comes to. But he never lets go of the letter, instead, spontaneously deciding to walk the length of England to see her in person.

At one point, his spontaneous decision becomes an intentional one. And when that happened, here’s how the author described it:

Harold believed his journey was truly beginning. He had thought it started the moment he decided to walk to Berwick. But he saw now that he had been naïve. Beginnings could happen more than once, or in different ways. You could think you were starting something afresh, when actually, what you were doing was carrying on as before. He had faced his shortcomings and overcome them, and so the real business of walking was happening only now. 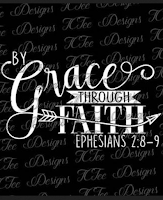 Sometimes new beginnings are only recognizable when we look back on them. And sometimes what we think are new beginnings really aren’t. We’re part of a big picture, you see, and the part we play in it depends on what came before us, and leads to what comes after us. Every day we live is a new beginning, even as it's part of a larger story.

The following words from Paul’s Letter to the Church at Ephesus have always been at the center of what we call the Protestant Reformation: By grace you have been saved through faith, and this is not your own doing, it is the gift of God—not the result of works, so that no one may boast. But they were considered holy by Roman Catholics before October 31, 1517. And what Martin Luther made of them is meaningless to us if we’re not willing to give some thought to them ourselves. What does it mean that we’re made whole through faith? What does it mean the very faith that we think of as our own was actually given to us by God? And what does it mean that we can’t place ourselves above anyone else based on something that we did nothing to deserve? 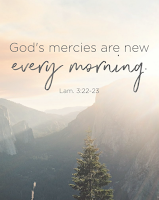 All of this is what we call grace: The love God gives us without expecting anything in return. The Ephesians passage is but an interpretation of the words in the Revelation to John: “Behold, I make all things new.” And the words in Revelation are not really any different than those spoken centuries before Christ by Jeremiah: “The steadfast love of the Lord never ceases, his mercies never come to an end—they are new every morning: Great is your faithfulness.”

The church is constantly reforming because God does a new thing every moment of every day. The people of the church continually set forth on new journeys because that’s how we must respond to the daily discovery that God’s love and forgiveness are new every morning.

So let’s be a people of the Reformation this morning— not Luther’s but God’s. We are not who we were in the past. We’re not yet what we’ll be in the future. Today we are something new, we are unique.

Allow me to close with a prayer that was shared with you my first morning as your new pastor:


God our Creator, your kindness has brought us the gift of a new morning. Help us not to cling to yesterday, nor covet tomorrow, but to accept the uniqueness of today. By your love, celebrated in your Word, seen in your Son, brought near by your Spirit, take from us all we need carry no longer, that we may be free again to choose to serve you and be served by each other. We believe that God forgives and sets us free, and at the week’s beginning we commit ourselves to follow where Christ calls and to love one another in his Name. Amen.