A Future with Hope

Today I want to talk about two different scriptures that most of us probably don’t think of as related to each other. But of course, they are related—very closely, in fact. I’ve talked about these two scripture passages in sermons before (though not in Chardon), and I’ve always reached a different conclusion than I will today. 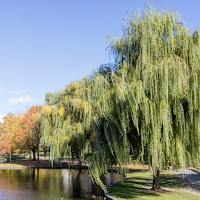 So what are the two scriptures? The first one is a psalm. The opening of this psalm is one of the most sadly beautiful laments in history. Listen to the first four verses of the 137th Psalm:

By the rivers of Babylon—there we sat down and there we wept when we remembered Zion.
On the willows there we hung up our harps.
For there our captors asked us for songs, and our tormentors asked for mirth, saying, “Sing us one of the songs of Zion!”
How could we sing the Lord’s song in a foreign land?

These words were first sung, of course, at the beginning of Israel’s exile in Babylon. Israel had just lost a war, and most of them had been forced to leave their country and live in the capital city of the country that had won the war. Though we don’t know the pain they felt, we can imagine it when we read these words. But they’re not just hurt, they’re angry. We see this, too, because Psalm 137 closes with what, to me, are the ugliest words in the entire Bible. This is how the psalm closes: O daughter Babylon, happy shall they be who take your little ones and dash them against the rock!

I didn’t want to read those words, but in a way, they show us how we can bring our emotions— all our emotions—to God in prayer. We take our joy and our gratitude and our requests for health and well-being to God. But we can also take our pain and our anger and our questions to God, and the psalms help demonstrate this.

One important thing to remember is that the words I just read were a prayer— the prayer of someone who had probably seen Babylonian soldiers do that very thing to Israel’s children. So perhaps we can forgive their anger. And we have to remember that these were just words— this was not an action anyone actually took against the children of Babylon. It was a prayer prayed in the deepest of grief.

But you want to know what’s weird? God answered that prayer. And God’s answer is found—at least partially— in a Bible verse that many of us know and love and sort of adopt it as our own.

Let me give some context here: During the same period that the 137th Psalm was originally prayed, there were some prophets—false prophets, as it turned out— who were trying to say that the Babylonian Exile wasn’t real. That though Israel was currently domiciled elsewhere, they’d be returning to their homeland any day now. So they were telling Israel to pretend that what they were experiencing wasn’t real. But the Prophet Jeremiah had another message— and this is found in Jeremiah 29:

Build houses and live in them; plant gardens and eat what they produce. multiply there, and do not decrease. But seek the welfare of the city where I have sent you into exile, and pray to the Lord on its behalf, for in its welfare you will find your welfare.

In other words, the ugly prayer at the end of Psalm 137 received an answer, and the answer was No. In fact, it was not just No, it was No, but do the opposite. Don’t pray that somebody will hurt the children of Babylon, but live among them, work with them, and pray for their welfare, because their health is your health, and their success your success. 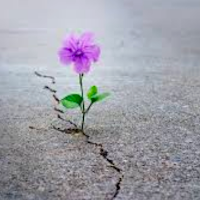 Jeremiah then goes on to tell Israel not to think they can take shortcuts with their exile. When it was complete they’d be allowed to go home. And only then could they count on God’s promises. And here’s where one of our favorite Bible verses comes in. It’s Jeremiah 29:11—

For surely I know the plans I have for you, says the Lord, plans for your welfare and not for harm, to give you a future with hope.

I think the time has come for us to really claim this verse. Because the church is in exile right now. We’ve always taken for granted that gathering together on the Lord’s Day is central to who we are. And suddenly we can’t do it. And we miss it. Maybe we took it for granted before, but now we know how much it means to simply be together, to pray together, to sing together, to listen together to God’s word. It can seem like everything has broken down or fallen apart. And if that’s the case, where is God in any of what’s going on now? Surely I know what plans I have for you, God says— plans for your well-being and not for harm, to give you a future with hope.

Those were the words shared with a people who thought they’d lost their identity. But during their exile, they studied their scriptures and revised their religious laws. They gained a new sense of who they were, and they worked with neighbors who, to them, were complete foreigners… in fact, before they worked with them, they actually thought of them as people they’d never get along with.

I think there are some guidelines here for us: The church is still the church when we can’t gather on Sunday. In fact, right now, waiting to return to our church building is as central to who we are as the exile was to Israel 2500 years ago. It may be happening for a different reason, but there are nonetheless voices telling us we need not do this thing, that we should just end it early. But we know that’s not responsible, and we know that the Body of Christ is still the church, even when we can’t gather in a building.

These are words we’ve all heard all our lives. Now we’re finding out how true they are. We’re reaching out. We can reach out more, but we’re already reaching out to one another and to other neighbors more than we did before.

I hope we’re finding the need to reach up, too. If we can’t get our Sunday fix in a worship service, I hope we’re finding that we can worship on our own— not just on Sunday, but daily—and know that we are not alone. v
And maybe we’re also discovering that the differences between us and others just aren’t as important as we thought they were. Christians are Christians, no matter what church they go to. And it doesn’t matter what religion our neighbors are— we can still reach out to them, and they can reach out to us. By praying for their well-being, we’re making life better for ourselves; and by helping those who are different from us, we’re helping the community of which all of us are a part.

Surely I know what plans I have for you, God says— plans for your well-being and not for harm, to give you a future with hope.