Again from the Top 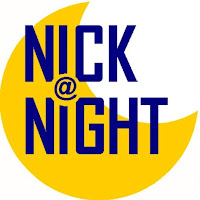 We all know the story of the first part of the 3rd chapter of John. Parts of it we know better than just about any other chapter of the Bible. It’s a story that finds Nicodemus visiting Jesus after dark. One of the first things about Nicodemus that might catch our eye is the fact that he’s a Pharisee. Having been taught all our lives that Pharisees are horrible hypocrites, it might be difficult for us to wrap our minds around the fact that here’s one who actually sought out a real theological discussion with Jesus— maybe not in broad daylight, but still, he was willing to receive what Jesus offered. Because Nicodemus visited Jesus after dark, I have always referred this story as Nick at Night.

So let’s put Nick at Night in its broader context today. The opening chapter of John speaks of the divinity of the Word— and it’s very much like a Greek version of the creation story in Genesis 1.

The second chapter of John then tells us of Jesus’ baptism, the call of some of his disciples, then the wedding at Cana in Galilee. We all remember that that was where Jesus performed his first miracle (turning water into wine). When this miracle story is told, John states explicitly that even those present at the wedding didn’t know that the wine was a miracle of Jesus.

Then very suddenly and very early on in John Jesus heads off to Jerusalem (something he doesn’t do until the very end in the other three gospels) where he cleanses the temple (once again, something that happened at the very end of his ministry in Matthew, Mark, and Luke). John then says that many believed in him because of his miracles, and yet the only miracle recorded at this point was the one that few people connected with him. John 2 seems to tell us that only the disciples and his mother were aware of what was going on. It’s at this point that Nicodemus comes looking for Jesus in the middle of the night. 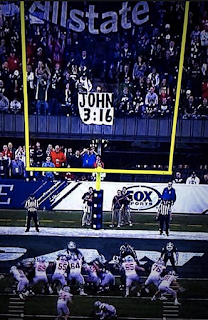 Because of the strange timeline— especially when we compare John to the other three gospels— people began early on to question this part of John. And when I say “early on,” I mean over 1800 years ago. Some early Christians proposed removing the second part of John 2 a nd the first part of John 3 and placing them much closer to the end of the gospel, because that’s where these events made more sense to them. Today, even some scholars who are a lot more literal-minded than the average pastor in one of our two denominations seem to admit that the words of Jesus in this story seem more likely to be a sermon of John the Evangelist (i.e. a gospel-writer) after the resurrection and ascension, than the teachings of Jesus the Christ at the beginning of his ministry.

We see, then, that context is important. Just as it’s difficult to place this story in context, it becomes even more difficult to take bits and pieces of the story out of context in order to create church doctrine.

For example: Christians as whole love to quote John 3:16 as a comforting verse:

For God so loved the world, that he gave his only begotten Son, that whosoever believeth in him should not perish, but have everlasting life. 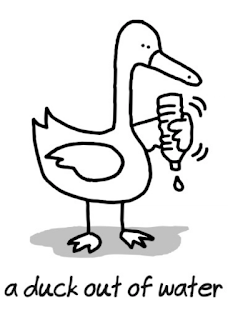 Conservatives in particular are very fond of this verse, and are prone to put it alongside Jesus’ statement to Nicodemus that he had to be “born again.” In fact, many of us take for granted that this is one of the main points of the entire New Testament. And yet even this phrase is usually removed from its larger context. What Jesus actually tells Nicodemus is a play on two Greek words.

What Jesus tells him, he interprets as meaning, “You must be born again.” But the Greek word for again has another meaning, which we heard in the New Revised Standard Version that I just read from. So Jesus probably intended to say, “You must be born from above.”

We need to forgive Nicodemus’ his misunderstanding, since he and Jesus would certainly have been having this conversation in Aramaic, not Greek.

So Nicodemus’s misunderstanding is indicated by his asking how he can enter the womb a second time in order to be “born again.” The key word here is ἄνωθεν, a word that means both again and from above. Another place we see it is in James 1:7, when the apostle says that “every perfect gift is from above.” The play on words that makes this passage meaningful only works if we translate it both ways. Nicodemus thinks Jesus is saying he had to be born a second time, and Jesus is saying that a person must be born from above. You might want to remember this the next time you get into a theological discussion with someone who’s trying to tell you you’re not born again.

It’s at this point that Jesus switches metaphors slightly, explaining what he means by from above by telling Nicodemus that he must be born of water and spirit. Though even here we usually lose some of the richness of John’s language. That’s because in Greek—as well as in Aramaic and Hebrew— the words for spirit and wind are the same. And so the better translation might be “you must be born of water and wind.”

This alternate translation makes more sense in light of what Jesus says next:

What is born of flesh is flesh, and what is born of wind is wind. Don’t be surprised when I tell you that you must be born from above, for the wind blows where it chooses. You can hear it, but you can’t see it. And this is how it is with people who are borne on the wind. 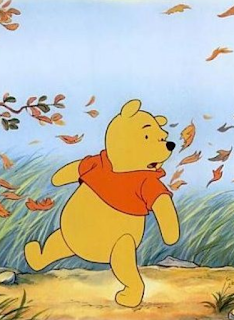 What’s really cool about this is that in English, we have our own word games. We don’t need Greek to be misunderstood— especially since we have so many silent letters. When we say “born on the wind” out loud, we have no idea if there’s an e at the end of born or not. It might be understood as meaning either, “how it is with people who were given birth to on the wind,” or, “this is how it is with anybody who gets carried away by the wind.”

In just about all the instances of wind in the Bible, we find that it is either God’s Spirit at work, or at least a messenger of God. This can’t be said of water. Water is often seen as God’s opposite. Water represents chaos, and is the nemesis of creation. In Genesis 1:2, the brand new earth was covered by a formless void, but “God’s Spirit brooded over the waters”— or, as it is sometimes translated, “a wind from God moved across the waters.”

We can see this same idea at work in Exodus 14 when Israel reached the Red Sea. The waters represented chaos, Israel’s certain undoing, yet the wind separated the waters so that they could pass through them and live. In the psalms, too, the waters are often chaos, while the winds are almost always under God’s direct control. Water also represents chaos and death in the New Testament, and is symbolically used in this way at baptism to this day. The Spirit (or wind) of God is introduced to us only after we face the waters of chaos— even if those waters are poured on a baby from a baptismal font.

Nicodemus, however, wouldn’t have been thinking about baptism when Jesus told him he had to be born of water and wind in order to see God’s Kingdom. He would probably have been thinking that Jesus told him that he needed to experience both biological and spiritual birth. It might be said that Jesus was hereby separating body and soul— something Jews didn’t do then and still don’t do today. And so, if there is any connection between the words as we read them in John and the words Jesus actually spoke, then we have to assume something more positive on his part. And that is the connection between body and soul. Jesus is emphasizing that in the Kingdom of God, there’s more to life than the purely physical. Spiritual aspects are just as important. And that’s a message we still need to hear.

The idea that Spirit = Wind is a beautiful idea, for it makes holy one of the simplest and most common of earth’s phenomena. It brings God close, and encourages us to theologize about most occurrences. Think about how a warm breeze in the winter or a cool breeze in summer can be compared to good news. Or how the winds of a blizzard or a tornado or a hurricane bring bad news. Today we’re not as likely to think of the weather as a literal reward or punishment from God. But still, no amount of scientific knowledge about wind can explain the way we feel the winds of the Spirit moving through us during good times and bearing us up through bad times.


Conclusion: 'The Lowliness of Grasses' 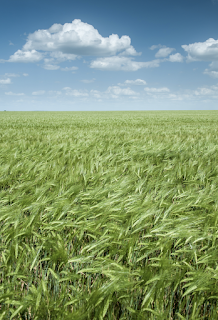 Whether the words of Jesus were intended to mean that “the wind blows where it chooses and you hear its sound but can’t see it,” or, “the Spirit moves independently and you hear her voice but you still can’t see her,” the image is nonetheless clear. There are things we experience each and every day which we cannot control or even explain. Physical birth doesn’t entitle us to complete knowledge. Much of what life is about is simply moving with and being moved by the Spirit of God. So we should be humble, and it wasn’t Jesus or even a Christian who I think put it best, but the 13th century Muslim poet Rumi:

The same wind that uproots trees
makes grasses shine.
The lordly wind
loves the weakness and the lowliness of grasses.
Never brag of being strong.

The taller the object, the more rigid it is, the more likely it is to fall victim to the wind. But that same wind makes the lowly grass beautiful as it sways with the wind. And so it is with people. The same hardship that is the downfall of the proud often brings out the best in the humble: They’re the ones who are the first to help other victims, the ones who give the most.

And so when hardship, illness, or death come to God’s people, I would discourage us from looking for God’s punishment in those things, just as I don’t believe that riches and good health are rewards from God. This would automatically mean that the rich and healthy are God’s true servants, while the sick and poor are the disobedient ones. And this has not been my experience of people, and I’ll bet it hasn’t been yours, either.

If we are to look for God in hardship, catastrophe, and sickness, then we should look for God in the way we respond to the changes that go on around us. Willingness to allow God’s Spirit to move us can make all the difference. If we truly believe in God, then we need sometimes to take risks for God. And even if we don’t yet believe, but want to, we may find that until we’re willing to take a step in faith, our faith will remain nothing but unanswered questions.

It’s in this context—the context of risking and giving— that Jesus spoke the famous words of John 3:16: If the spirit moved even God to give to us exactly what we needed at the very time we needed it most, then perhaps even we can be born of and borne by that same Spirit.