From the Belhar Confession

The Belhar Confession was written in 1982 and adopted by one of the Reformed (Calvinist) denominations in South Africa in 1986. This statement of faith is considered one of the major influences that led to the downfall of apartheid in the early 90's. The Belhar Confession has been adopted as an official confession in churches around the world, including the Presbyterian Church (USA) and the Reformed Church in America. Here is part of it... 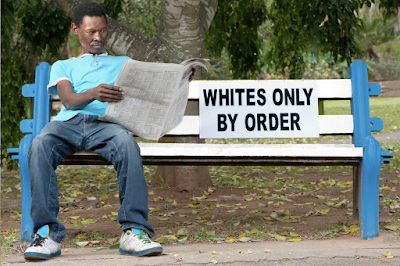 Article 4
We believe
Therefore, we reject any ideology which would legitimate forms of injustice and any doctrine which is unwilling to resist such an ideology in the name of the gospel.