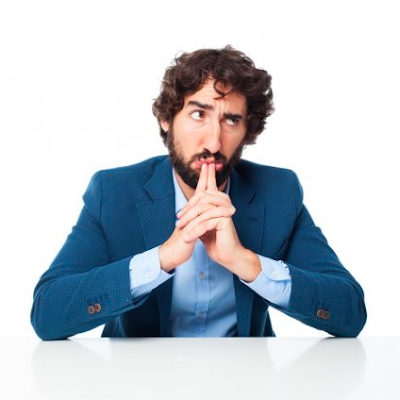 For who is God except the Lord? And who is a rock besides our God?— the God who girded me with strength, and made my way safe.
—Ps. 18:31a

When I read the question posed in Psalm 18:31, I might assume it to be a rhetorical question. The Lord is a synonym for God, so of course, God is God. It's a no-brainer.

But, as in so many other psalms, if I look at a different, more literal translation of the Hebrew, my meditation on this verse might be led in a different direction. For example, the World English Bible translation asks the question this way:

For who is God, except Yahweh?
That's because this is one of the few English translations that don't replace God's Name when it is found in scripture with the Jewish Adonai (English, The Lord). And when I read the question as it's actually asked, I wonder if the psalmist wasn't in fact asking a real question that demanded an answer. There were lots of gods being worshiped in the ancient world, and nearly every nation had multiple gods. But Israel had but one, and the worshipers of this God needed to hear this question and give a sincere answer: Is there a true Deity among the gods of the nations, or is the God of Israel the only actual God?

This is the crux of the challenge presented by the First Commandment—the one telling me not to place any gods before God. In his examination of the Ten Commandments, Thomas Watson (a 17th century Puritan minister) had this to say:


To have God to be a God to us, is to trust in him, [for] there is none in whom we can trust but God. All creatures are a refuge of lies; they are like the Egyptian reed, too weak to support us, but strong enough to wound us [see 2 Kings 18:21]. God only is a sufficient foundation to build our trust upon. When we trust him, we make him a God to us; when we do not trust him, we make him an idol. Trusting in God is to rely on his power as a Creator, and on his love as a Father. Trusting in God is to commit our chief treasure, our soul, to him.

I think there are many who claim to be Christians who, by Mr. Watson's standards, make an idol of God. I hope not to be one of those who say they trust in God, but actually rely on wealth and influence and political leaders to point them, not in the way they should go, but in the way they want to go. May God be more than a word to me, more than a superstition that I say I believe in, even as I put my trust in armies and princes and money. May God be a Parent in whom I trust, a Savior I emulate in the way I live my own life, and a Spirit through whom I relate to the world and its people.

Forgive me, Lord, when I place other gods before you. Help me this day to ask whom I truly trust, and may you be the only answer. I pray this in the Name of the One who taught me to pray: Our Father...