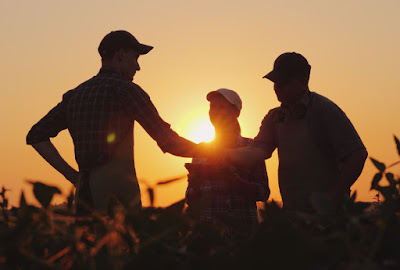 "I won't say much for myself; I don't wish to," Coggan continued, with that tendency to talk on principles which is characteristic of the barley-corn. "But I've never changed a single doctrine: I've stuck like a plaster to the old faith I was born in. Yes; there's this to be said for the Church, a man can belong to the Church and bide in his cheerful old inn, and never trouble or worry his mind about doctrines at all. But to be a meetinger, you must go to chapel in all winds and weathers, and make yerself as frantic as a skit. Not but that chapel members be clever chaps enough in their way. They can lift up beautiful prayers out of their own heads, all about their families and shipwrecks in the newspaper."

"They can—they can," said Mark Clark, with corroborative feeling; "but we Churchmen, you see, must have it all printed aforehand, or, dang it all, we should no more know what to say to a great gaffer like the Lord than babes unborn."

"Chapelfolk be more hand-in-glove with them above than we," said Joseph, thoughtfully.

"Yes," said Coggan. "We know very well that if anybody do go to heaven, they will. They've worked hard for it, and they deserve to have it, such as 'tis. I bain't such a fool as to pretend that we who stick to the Church have the same chance as they, because we know we have not. But I hate a feller who'll change his old ancient doctrines for the sake of getting to heaven. I'd as soon turn king's-evidence for the few pounds you get. Why, neighbours, when every one of my taties were frosted, our Parson Thirdly were the man who gave me a sack for seed, though he hardly had one for his own use, and no money to buy 'em. If it hadn't been for him, I shouldn't hae had a tatie to put in my garden. D'ye think I'd turn after that? No, I'll stick to my side; and if we be in the wrong, so be it: I'll fall with the fallen!"