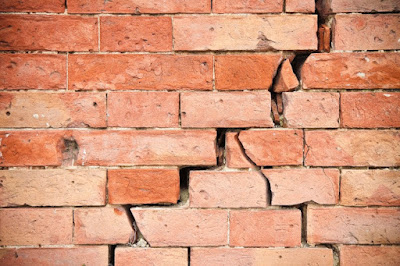 How long will ye imagine mischief against a man? ye shall be all slain; ye shall be as a bowed wall, or as a wall shaken.
✙ Psalm 62:3 ✙


That was the Geneva Bible. The NRSV renders the above verse this way:

How long will you assail a person, will you batter your victim, all of you, as you would a leaning wall, a tottering fence?

This is very different from the Geneva Bible's translation, which I used at the top. I'm not talking about the difference between wall and fence, which is relatively minor, but about what the wall and/or fence and/or dam (which might be what the Hebrew actually means) stands for. In the NRSV, it's the victim, but in the Geneva Bible, it's the victimizer.

Here's how I would translate this verse:

How long will you continue your assault on a person? You shall all be killed, as a tottering wall, a dam about to give way.

The point is that, in the Hebrew, it's evident that the weak structure isn't the righteous person under attack, but the structure that's threatening him or her.

Though it's probably not exactly what the psalmist intended, I like how Calvin interprets these words:

"Some think that the wicked are compared to a bowing wall, because it threatens every moment to fall to the ground, and they, upon every sin which they commit, tend more and more downwards, till they are precipitated into destruction. But it would seem as if the allusion were somewhat different. A wall, when ill built, bulges out in the center, presenting the appearance of nearly twice its actual breadth; but, as it is hollow within, it soon falls to ruins. The wicked, in like manner, are dilated with pride, and assume, in their consultations, a most formidable appearance; but David predicts that they would be brought to unexpected and utter destruction, like a wall badly constructed, and hollow in the interior, which falls with a sudden crash, and is broken by its own weight into a thousand pieces."

It is pride then that causes the wall to bow. And the aspect of it that seems most intimidating—its thickness—is the very thing that is its greatest weakness. The real danger is being anywhere near it when it self-destructs under its own weight. And such is the way of evil people. Their greed or their lust for power causes a great apparent swelling. But can they stand under their own weight?

Though evil seems bigger than life, Lord, I know that you stand between your little ones and those who are so swelled with pride and greed and violence. Protect them when it all falls to pieces, and may the new life that arises from the ruins be lived according to the principles of the Realm for which you taught me to pray: Our Father...